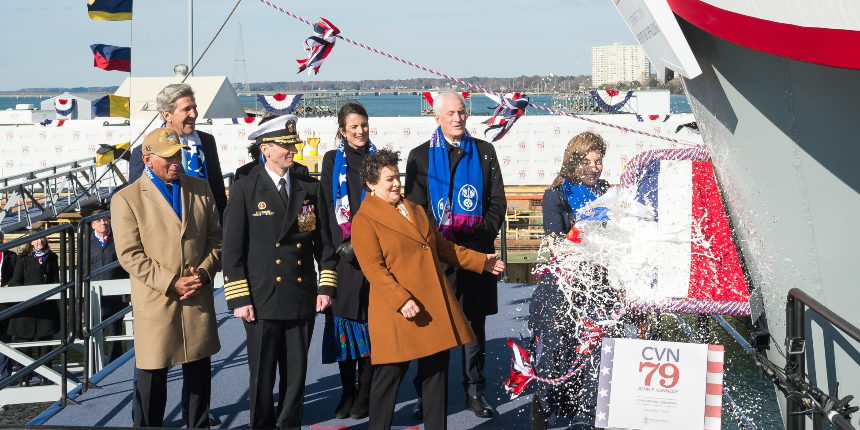 The vessel honours the late John F. Kennedy, who was President of the United States from 1961 until his assassination in 1963. Prior to entering politics, the late president had served as a US Navy officer and was the captain of the celebrated patrol torpedo (PT) boat PT-109 when it saw combat in the Pacific in World War II.

The new carrier was christened by Caroline Kennedy, the former US Ambassador to Japan and daughter of the late president.

In 1967, Ms Kennedy, then only nine years old, had also christened the first American warship to be named after her late father. The first John F. Kennedy, which served for nearly 40 years until its decommissioning in 2007, was the US Navy’s last conventionally powered aircraft carrier.

Delivery of the second John F. Kennedy is scheduled for 2022.