Repairs on damaged Philippine Navy flagship expected to conclude in 2020

Written by Baird Maritime on September 6, 2019. Posted in Ships (Naval). 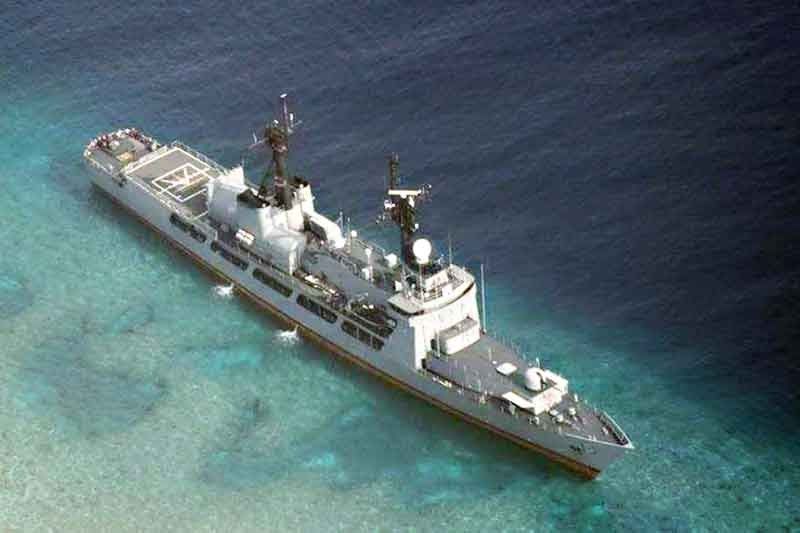 The Philippine Navy’s flagship, the patrol vessel BRP Gregorio Del Pilar, is expected to return to service in the second half of 2020 upon the completion of repairs to damage that it sustained in a grounding incident, the service’s most senior official has confirmed.

Flag officer in-command Vice Admiral Robert Empedrad told local reporters that repairs are yet to be completed on Gregorio Del Pilar‘s starboard propeller and rudder, which were damaged after the ship’s grounding in the disputed Spratly Islands in August of last year.

The admiral added that the necessary replacement parts will become available no earlier than the first quarter of 2020, hence the delay in bringing the ship back to full operational readiness.

Gregorio Del Pilar was conducting regular patrols in the South China Sea when it ran aground on Half Moon Shoal in the Eastern Spratlys on August 29, 2018.

The vessel was removed from the shoal after five days and was towed to Subic Bay, where it has been docked since September 7 of last year.