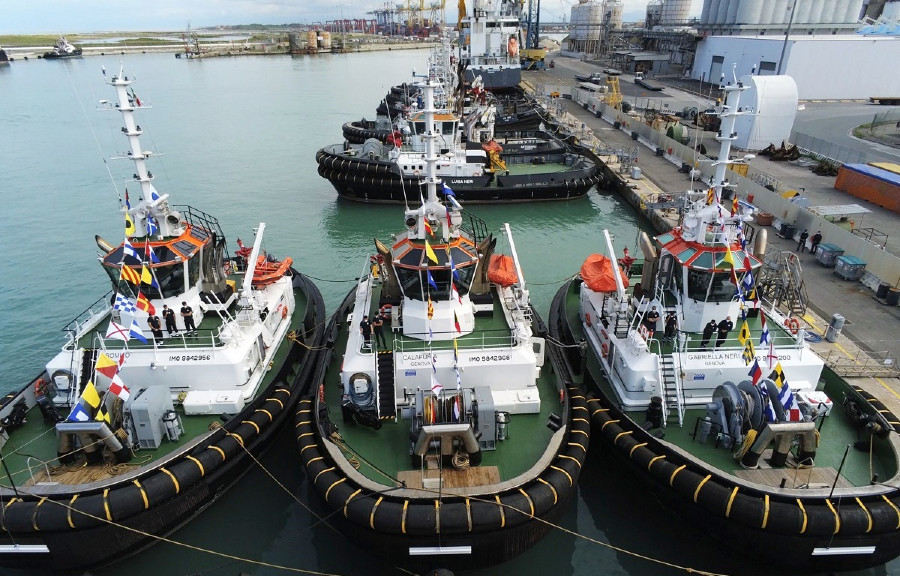 New tugs appear on these pages almost daily and that is why Baird Maritime’s Tug and Salvage Weeks appear so relentlessly and frequently. Fortunately, for most of us that is neither a chore, nor a bore. Tugs and their operations, whether in harbour or beyond, are almost endlessly interesting.

Thus it is that Baird Maritime features a wide variety of tug types from all over the globe this week. They range from short and boxy inland waterways “push tugs” through tiny but tough line/work boats to large and powerful harbour and timber tugs. It is a fascinating cross-section of this very important maritime sector.

While the apparently inexorable tug boom does take a breather from time-to-time, such breathers never seem to last very long. Meanwhile, the tugs produced by a small number of globally influential naval architects and a somewhat larger number of specialised tug builders become ever more useful, versatile, powerful, safe, economical and easy to operate.

Tug operating companies, generally, are becoming ever larger and more geographically widespread mostly by the acquisition of their smaller competitors. Harbour towage, especially, has become a very global business.

Salvage and, to a lesser extent, tug and barge operations, again generally, remain largely the domain of smaller, independent and often more local operators. Tug and barge operations encompass both ”pull” and “push” types. Usually, but not always, it is “push” on inland waterways and “pull” on the open sea.

Both types are, like, harbour towage, developing rapidly with tug and barge gaining a growing tribe of adherents who are attracted to its economics and operational flexibility.

Salvage tugs, like fire engines and ambulances, will always be with us. Human error can be relied on to ensure a small but never ending supply of customers to salvors. Recently, there seems to have been a blow out in salvage jobs, particularly relating to the container sector, which has experienced several fire and container overboard incidents along with the recent Suez Canal grounding and blockage. Theirs is an exciting business as is so well related in our noted columnist Alan Loynd’s latest book All at Sea that will be reviewed here this week.

All up and, as usual, Baird Maritime this week is packed with informative, interesting and useful material for all mariners but, especially, the large tug cohort among us.

COLUMN | Batteries are back in the news [Tug Times]

– “Reputable designers and builders are offering to work with potential clients to calculate the optimum size of the battery array, and tabulate costs, savings and emissions reductions for specific ports.”

– “Proponents of autonomous tugs continue to bombard us with good and not-so-good reasons for getting rid of our crews.”

Any news or views about the global tug and salvage sectors? Send it through to [email protected] ASAP (between now and June 18), so we can add it to this current edition of Tug and Salvage Week!