Designed by Canadian naval architects Robert Allan Ltd (RAL), Svitzer Abrolhos (named after a chain of islands off Western Australia) and Svitzer Wilu (the Aboriginal word for “seaside”) will be operated by Svitzer Australia in conjunction with Mid West Ports Authority (MWPA) out of the Port of Geraldton. The near identical sisters are being operated out of Geraldton alongside Svitzer North, another ASL-built tug albeit from a different RAL series.

The two Z-drive-powered tugs were designed to operate both ahead and astern with enhanced manoeuvrability, enabling them to perform both escort and coastal towing duties with ease. They are also capable of operating under heightened weather conditions and during emergency events, being equipped with a main engine-driven pump and two monitors in compliance to Lloyd’s Register’s FiFi1 notation. This allows them to greatly expand the MWPA’s emergency response capability at the port, which is an important hub in the export of iron ore from Western Australia.

Svitzer Abrolhos and Svitzer Wilu each have an LOA of 28.4 metres excluding the fenders, a moulded beam of 12.8 metres, a moulded depth of 4.68 metres, a maximum draught of 5.71 metres, and a gross tonnage of 443.

Each tug is designed to be operated by a crew of eight. Accommodations in the deckhouse include an entrance lobby, a galley, a mess, two officer cabins with en suite toilets, and a change room with laundry and WC. The lower deck contains three double berth cabins each with an ensuite toilet. 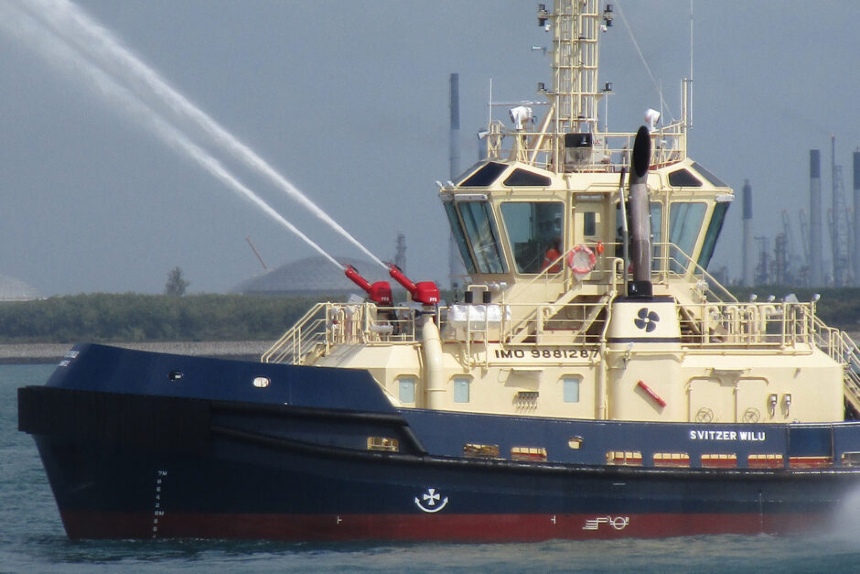 The wheelhouse is designed with a single split control station that provides maximum all-round visibility and unobstructed views of the bow and side fendering, which consists of W and D blocks. The towing equipment includes winches and a windlass from Ibercisa and a tow hook supplied by Data Hidrolik.

Although not in the same series as Svitzer North, the newer near identical sisters share a number of similarities with the earlier tug. On each of the newer tugs, the main propulsion also comes in the form of two Caterpillar 3516C 2,240kW diesel engines driving a pair of Schottel SRP 460FP Z-drive units with fixed-pitch propellers to deliver a bollard pull of just over 70 tonnes.

Like Svitzer North, the newer tugs are also equipped with a pair of Caterpillar C4.4 generators that each produce 86 ekW at 50 Hz. These supply power to a comprehensive electronics suite that includes a radar, a depth sounder, an autopilot, GPS, AIS, and a plotter from Simrad, Sailor radios, internal communications equipment and a loudhailer from Zenitel, and A2 area-certified GMDSS equipment.

The engine room features an acoustically isolated switchboard room. Jotun paint was used on all exterior surfaces while vinyl finishing was used for the interior floors.

Lastly, a 10-person liferaft is also available on board each tug. 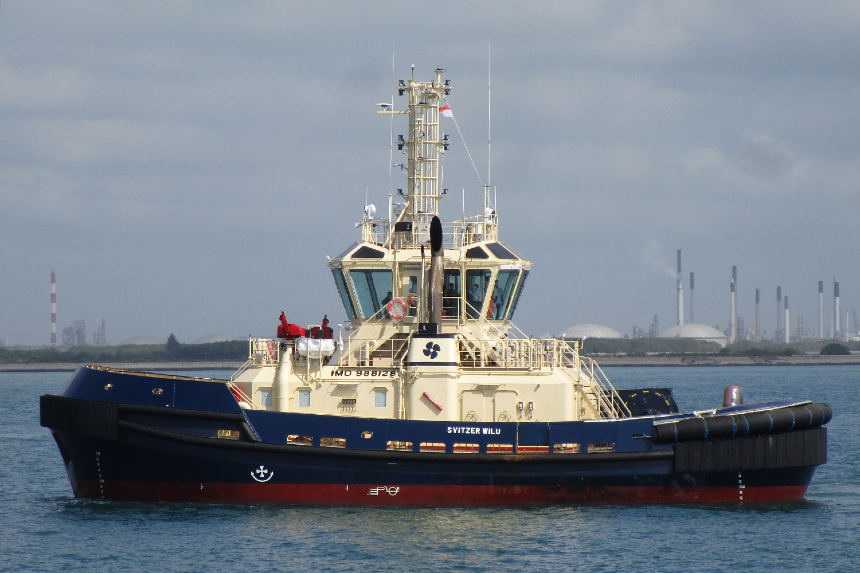 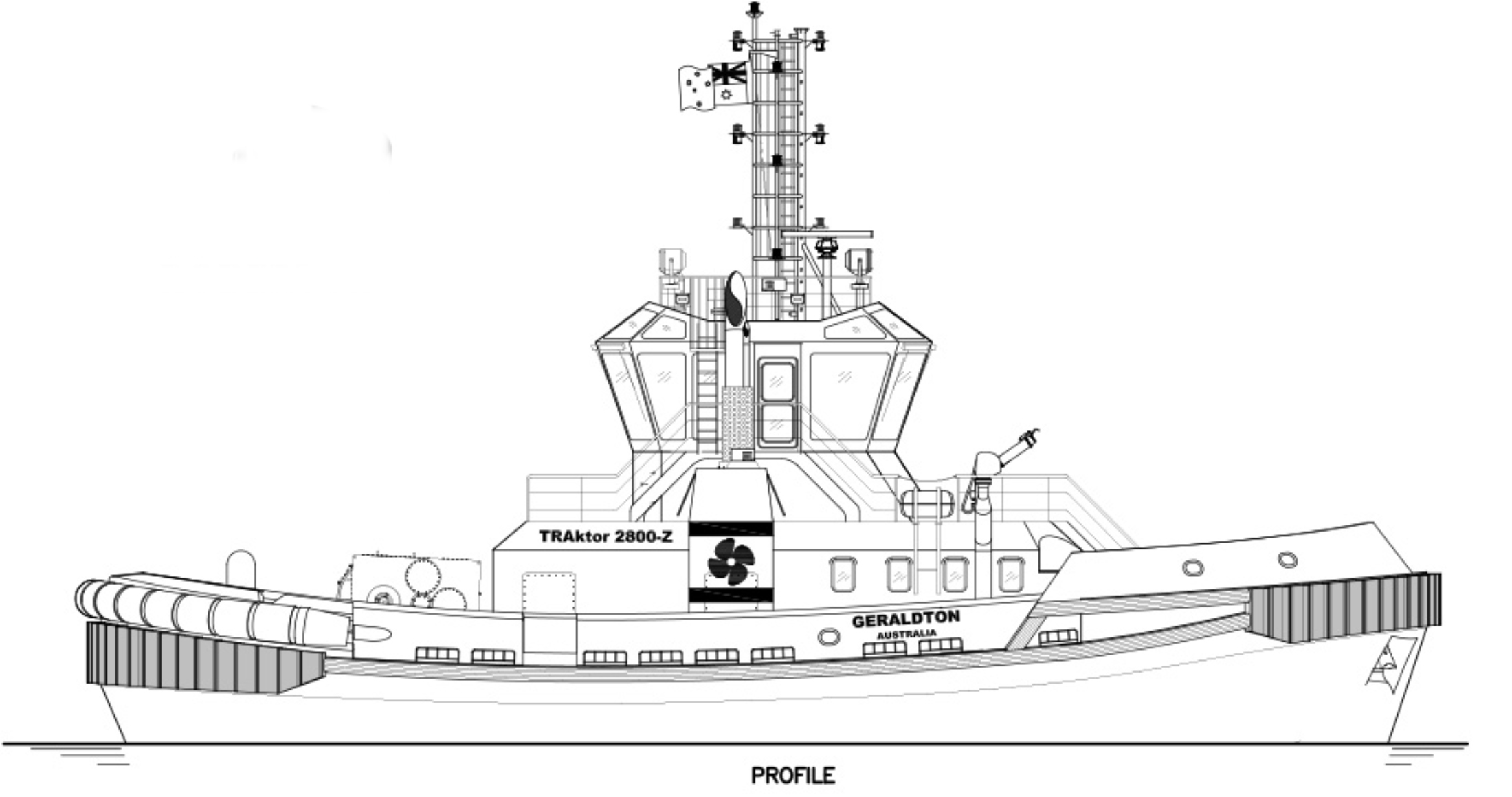