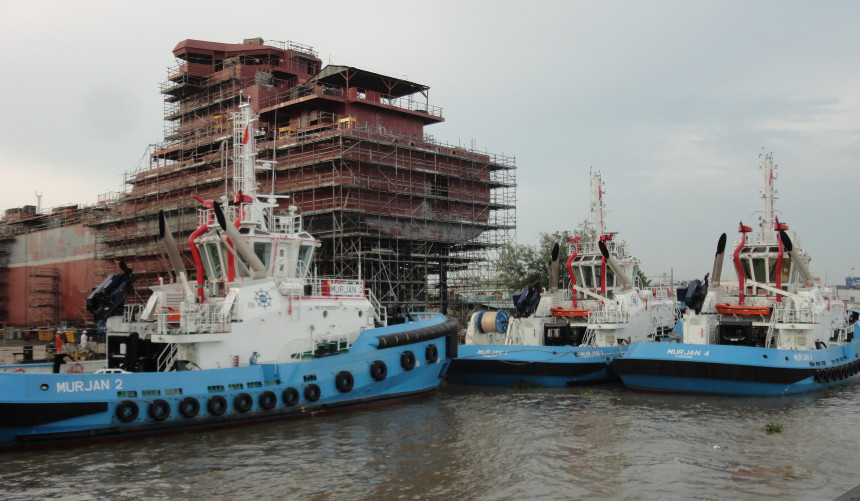 For the past three or four years the Baird Maritime portal has seemingly featured news about newly launched tugs almost daily. Interestingly, the tug sector is apparently the most global of all sectors of the wider maritime market.

Tugs are being delivered from South-East Asia and Turkey to South America, Africa and Australasia. The USA, thanks to the Jones Act, is probably the only significant country to not be involved in the global tug trade.

Tugs are generally becoming more powerful, more compact and more manoeuvrable. They are also becoming ever more economical and less polluting. They require smaller crews. We are even seeing the introduction of hybrid and all-electric tugs.

The tug market remains very strong but it is also very innovative. It is an exciting sector of our industry.

– “If we have young people who are not prepared to drag themselves away from their mobile telephones long enough to learn their jobs, we should get rid of them, not pander to the little blighters.”

– “An officer recounts how people on a harbour tug, refused gifts, declined to assist the ship alongside.”

– “We saw an important growth in the number of vessels in the inland waterway systems in South America, especially in the Amazon River System, an environmentally sensitive area.”

– “In the most extreme case of this, a nation required that tugs over ten tonnes were required to have engineers. Everyone agreed that with modern engines this was not necessary on a 50-foot tug, but the regulation persisted.”

– “We learned some of its more curious properties when we were using it as a towrope to the after tug, which managed to get itself stuck across the lock we were moving out of.”

– “Mergers and acquisitions may well continue, but I believe the demise of the salvage industry is unlikely.”

– “Now a rope manufacturer in Europe has come up with a design that almost eliminates recoil. The company appears to be concentrating on mooring ropes at this stage, but I expect it is only a matter of time before towlines can offer the same benefits.”

Any news or views about the global tug and salvage sectors? Send it through to [email protected] ASAP (between now and March 6), so we can add it to this current edition of Tug and Salvage Week!