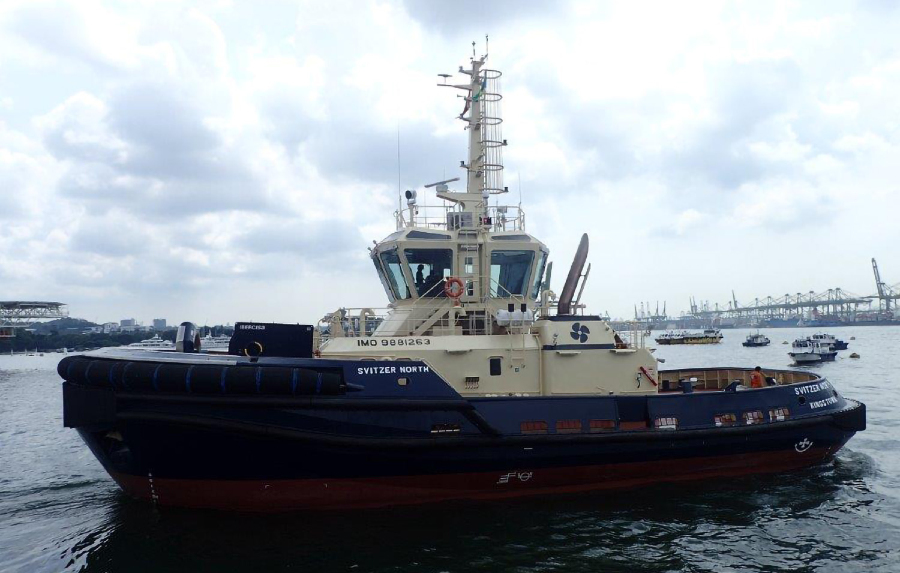 Built in accordance to Lloyd’s Register and Australian NSCV rules, the Robert Allan Ltd (RAL)-designed Svitzer North was delivered to Australia in the middle of December 2020. Since the end of the first quarter of this year, it has been put to use alongside Svitzer Abrolhos and Svitzer Wilu, two other newly acquired tugs of a different RAL series, in providing navigation assistance to the many bulk carriers that sail in and out of the Port of Geraldton to help facilitate the export of iron ore from Western Australia.

Named after former Geraldton Port harbour master Thomas North, Svitzer North was designed to be capable of operating even under extreme weather conditions. It is also intended to fulfil the secondary function of standby support, thus greatly expanding Mid West Ports Authority’s (MWPA) emergency response capabilities at Geraldton, which receives an average of around 400 ship visits each year.

The new tug has an LOA of 30 metres, a moulded beam of 13.2 metres, and a maximum draught of 5.5 metres. Two Caterpillar 3516C main diesel engines that each produce 2,240 kW at 1,800 rpm drive a pair of Schottel SRP 460FP Z-drive units with fixed-pitch propellers. This arrangement gives the tug a bollard pull ahead of 71 tonnes, a bollard pull astern of 68 tonnes, and a free running speed of 13.6 knots. The engines are also IMO Tier II-compliant, allowing the tug to operate in the environmentally-sensitive areas in and around its home port. 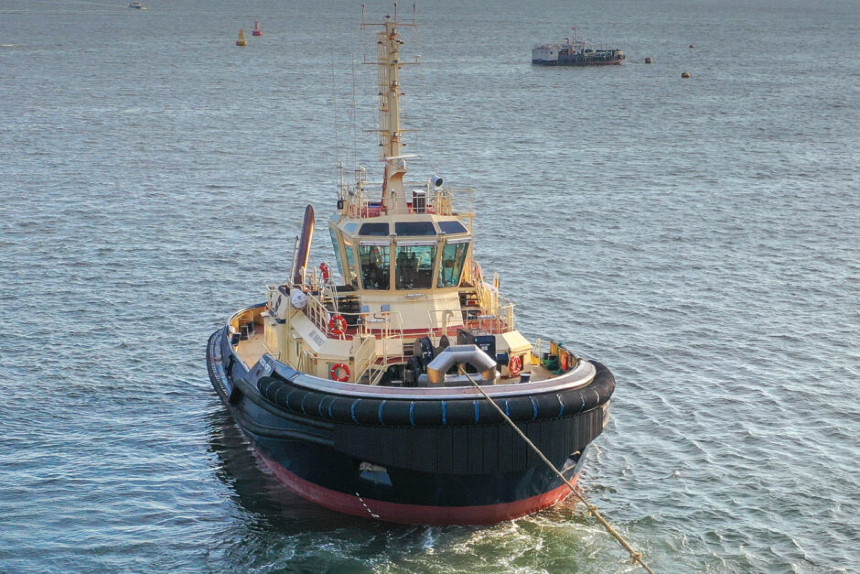 The tug’s electrical plant consists of two identical Caterpillar C4.4 ship service generators, each with a power output of 86 ekW at 50 Hz. Onboard amenities include single cabins for the master and the chief engineer along with a galley and a mess on the main deck and four double cabins for the remaining eight crewmembers plus a laundry room on the lower accommodation deck.

The tug’s deck machinery consists of an Ibercisa hydraulic double drum escort winch and two hydraulic vertical anchor windlasses on the bow. The escort winch is spooled with a high-performance soft line on each drum. In addition, a towing hook has been provided on the aft deck.

Ship-handling fenders at the bow consist of one tier of cylindrical fender at the forecastle deck level and W-block fenders below main deck level. The same type W fender is used at the stern while type D fenders were used along the sheer lines of the main deck. 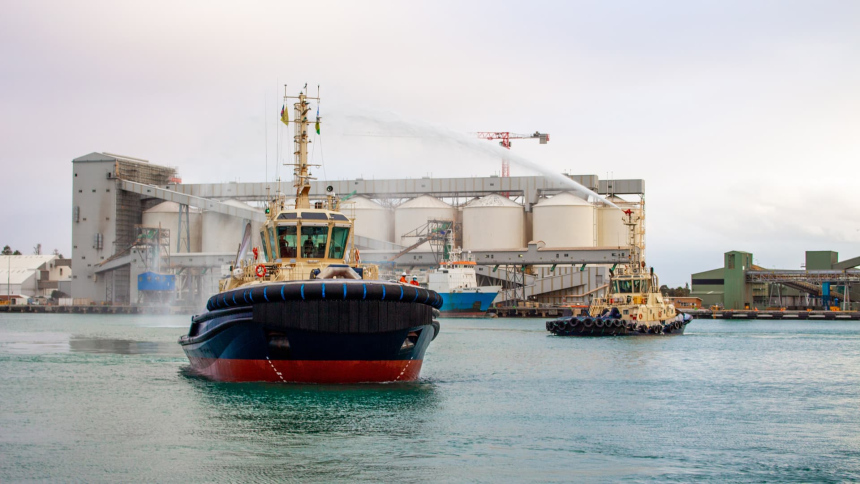 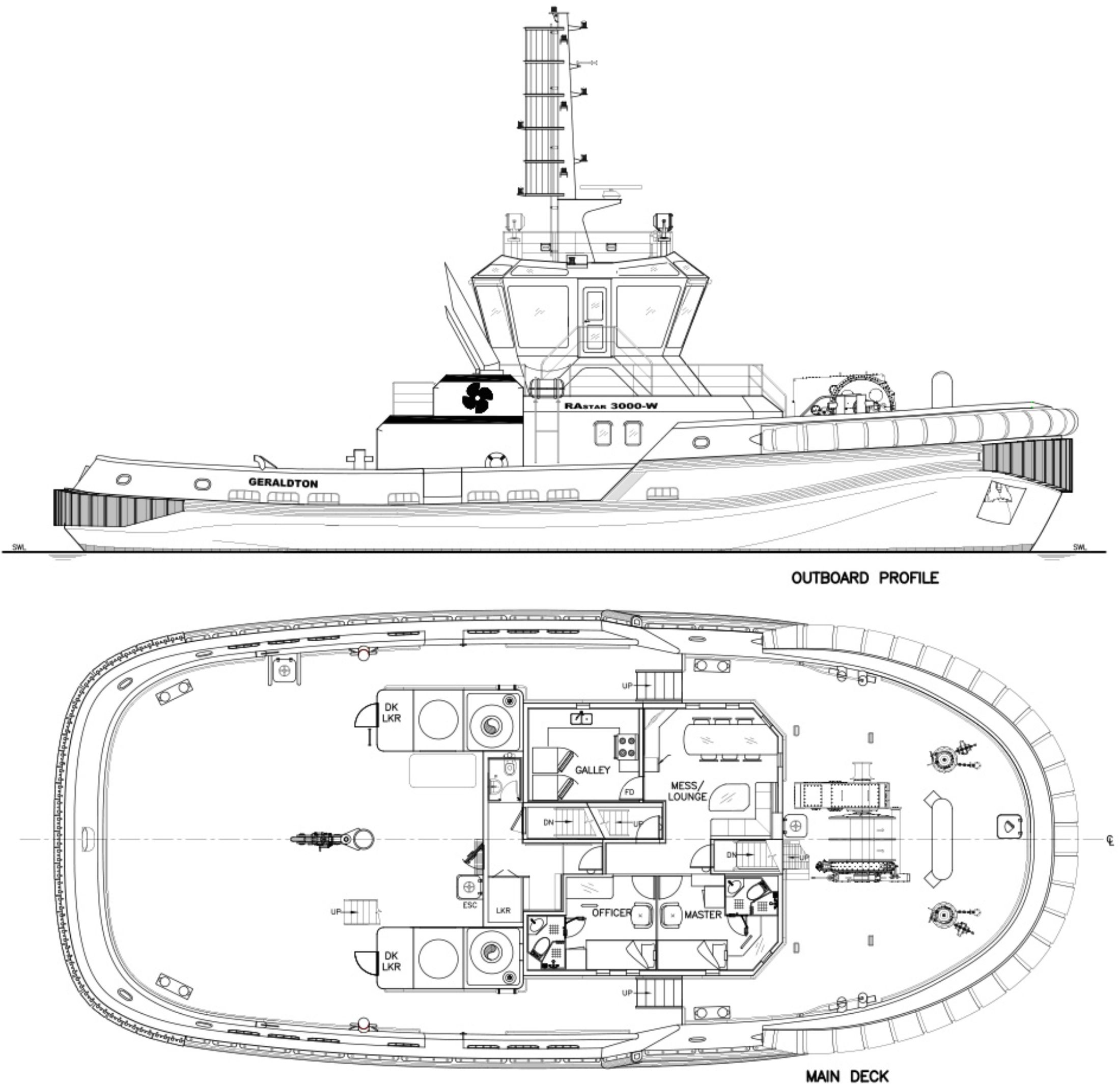