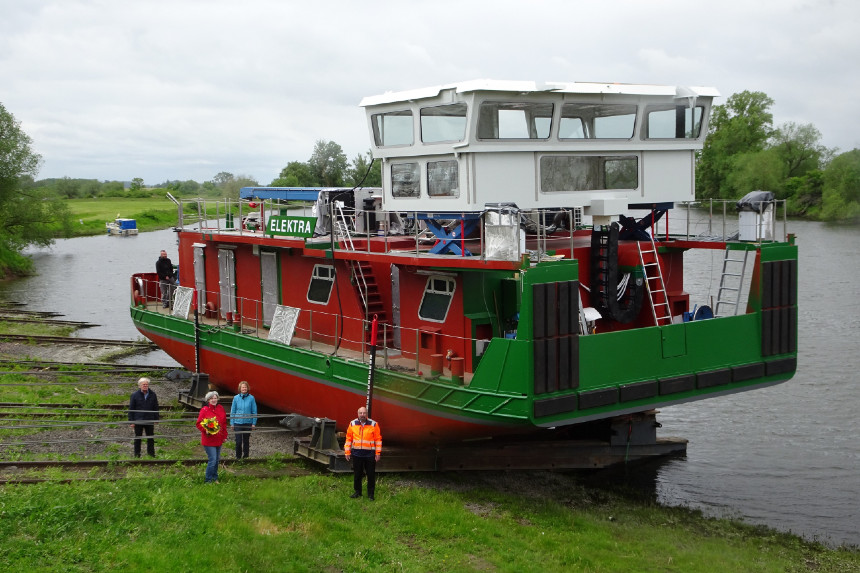 German builder Schiffswerft Hermann Barthel has launched a new tug that the company has claimed will be the world’s first tug to be powered by hydrogen-fueled engines.

Elektra is nearly complete with the elevating wheelhouse, the air-conditioning system, and the fuel cells now in place. Further outfitting will be done while the vessel is pierside at Hermann Barthel’s facilities in Derben.

The builder said that the tug’s delivery is scheduled for the end of August. It will be homeported in Berlin Westhafen and will be operated in inland waterways.

Elektra is being built under a €13 million (US$15.7 million) project funded mainly by the German Federal Ministry of Transport and Digital Infrastructure.