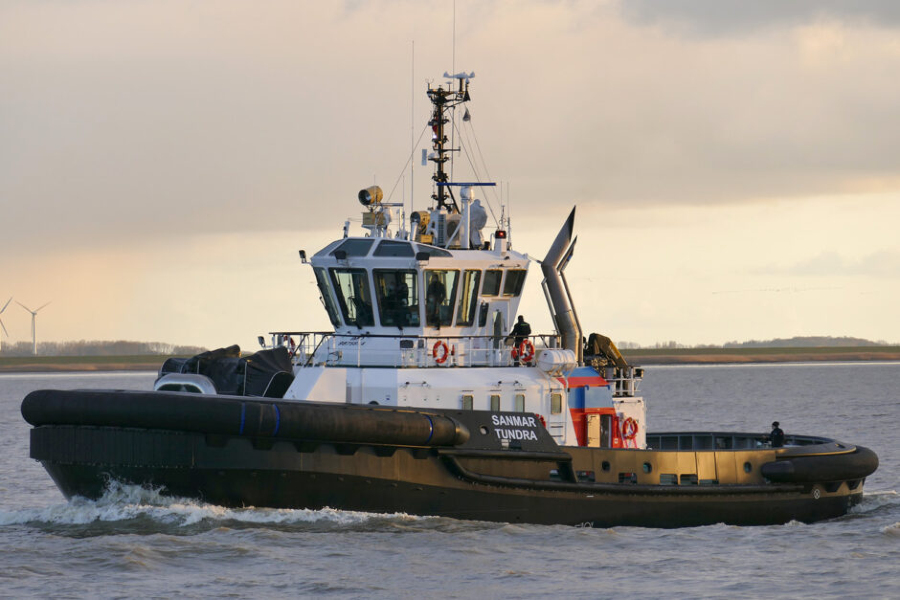 The Robert Allan Ltd-designed, Bureau Veritas-classed sister vessels Selene and Helios were specifically developed to be able to operate all-year round in the harsh conditions of the northern Baltic Sea.

The two tugs each have an LOA of 31.5 metres, a moulded beam of 12 metres, and a navigational draught of 5.9 metres. Power is provided by two Caterpillar 3516C IMO Tier II-certified main engines that each produce 2,000 kW at 1,600 rpm. The engines drive a pair of Kongsberg US 255 CP Z-drives to deliver a bollard pull in excess of 66 tonnes and a speed of 14.5 knots.

The tugs are capable of performing multiple, diverse tasks including escort, ship assist, icebreaking and ice management, open sea towing, limited cargo transfer, assistance in salvage, and oil spill recovery. They also have the added capability of carrying extra provisions of fresh water to visiting merchant ships as well as up to 25 tonnes of deck cargo in two standard 20-foot containers.

Sanmar added that the hull on each tug is designed for icebreaking with strength that is significantly above the requirements of the prescribed ice class 1A to ensure safety during icebreaking operations and eliminate the possibility of structural damage and shell plate deformation. For ship assist in berthing and unberthing, the tug is fitted with all necessary equipment and fendering for two directional, bow and astern pushing and pulling. 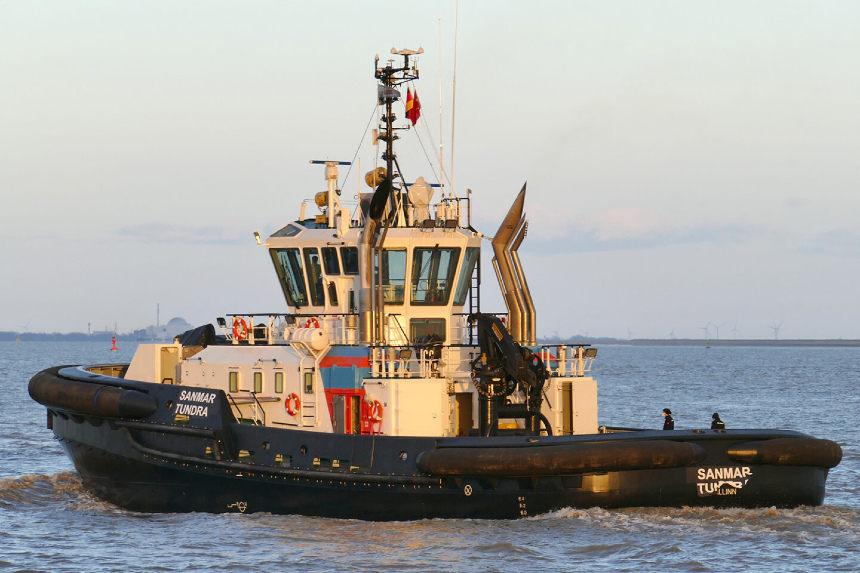 The deck machinery comprises a Kongsberg hydraulic double drum escort winch and one hydraulic vertical anchor windlass at the bow. The escort winch is spooled with a high-performance synthetic towline on each drum. In addition, a towing hook is provided on the aft deck. A dry and heated rope store is arranged under the winch with convenient and safe access from the forecastle deck and from the lower accommodation deck.

An 18-tonne Palfinger hydraulic knuckle boom marine crane with 14-metre outreach is fitted on the aft deck as well.

The tug has extensive ship-handling fendering, consisting of cylindrical bow fender of one-metre diameter at the forecastle deck level with W-block fenders below. Stern cylindrical fender of 0.8 metres diameter is used, while D-fender is installed along the sheer lines at the main deck.

The tugs also have accommodations for an operating crew of up to seven. The master and chief engineer’s cabins and one crew cabin along with the galley and mess are located on the main deck. There are two double crew cabins on the lower accommodation deck, as well as a laundry and sauna facilities.

Both Selene and Helios have already begun operating for Alfons Hakans in the Baltic Sea, particularly in the northern part of the Gulf of Bothnia, an area known for being covered in heavy ice for up to three months during the winter. Helios is sailing under the Finnish flag while Selene has been re-flagged to Estonia and is based at the Port of Tallinn. 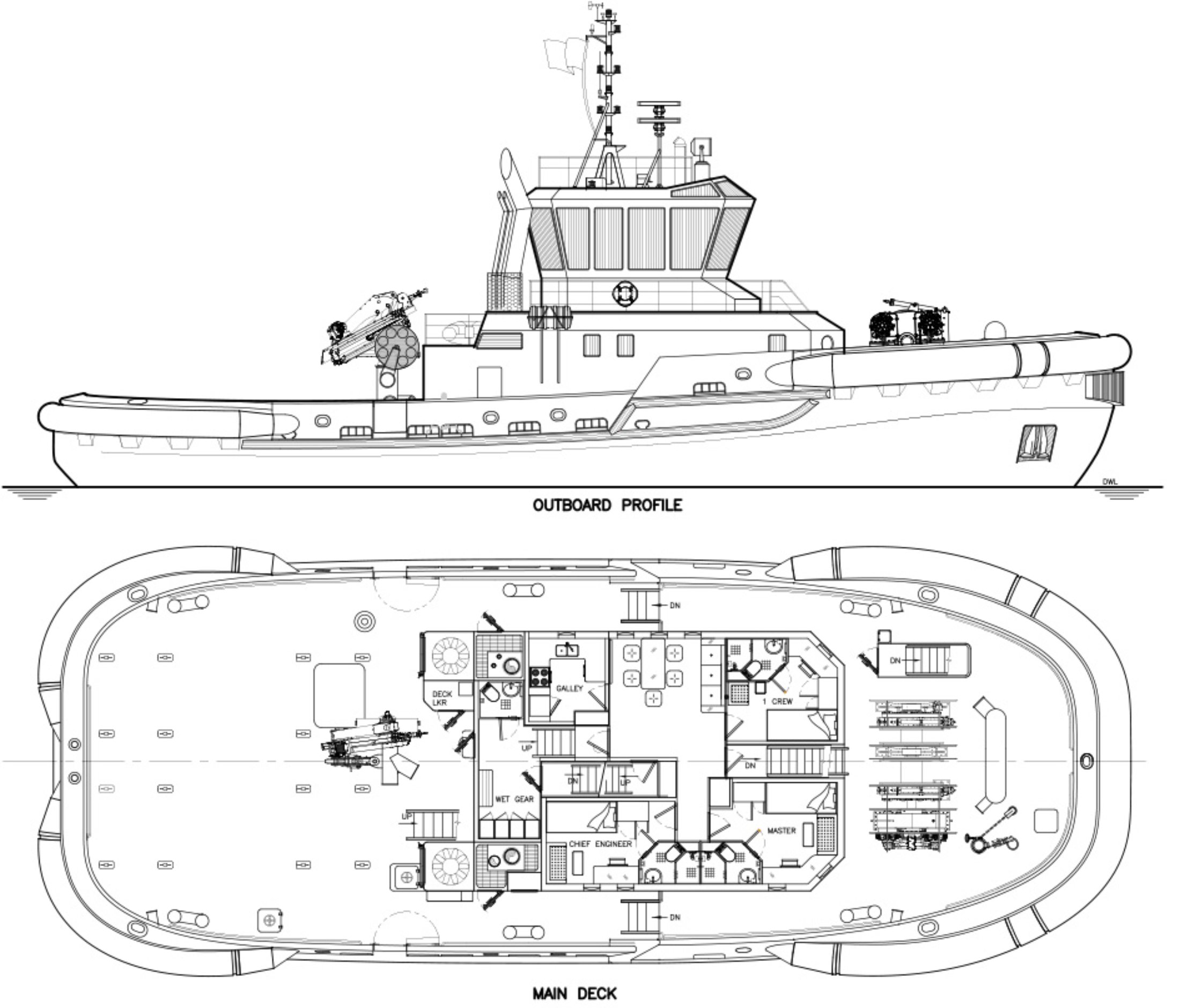