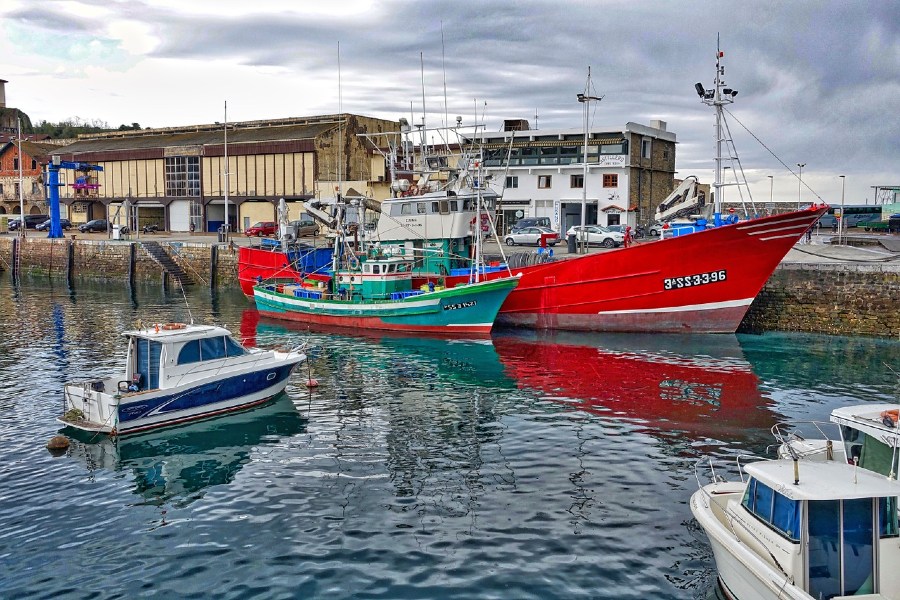 While the global fishing boat market is slowly recovering after a near 25-year hiatus, the aquaculture sector is driving ahead with the introduction of many new and larger vessels.

Fishing was hammered in most western developed countries and Latin America by ever more stringent environmental restrictions, some deserved and some not, and the fleets in those countries have been drastically reduced. While that fleet reduction continued, very few new vessels were launched. That “filleting” of the fleet now seems to be very largely complete and some renewal has been seen over the past couple of years.

Meanwhile, little fleet reduction has been seen in Asia ex Japan and Taiwan. However, China has been rapidly improving its fleet quality and, therefore, efficiency. Environmental restrictions have been barely noticed there.

Aquaculture, though, while much constrained by environmental restrictions, has benefited by being forced to operate further offshore. That, obviously, requires greater CAPEX but it does reduce problems with environmentalists and usually leads to significantly improved product quality.

That move offshore has required larger, more powerful service vessels and larger, more seaworthy fish cages. As with the oil and gas industry before it, moving further offshore was a seemingly inevitable development. It seems certain to benefit the sector considerably in the long run, though.

Now that fishing fleet pruning seems to have ceased, or at least slowed, replacement vessels are being introduced to the market. In the main, they are larger, more powerful and more versatile than the boats they replace. They also, of necessity, are considerably more economically and environmentally efficient.

The fishing and aquaculture service boats that we review on Baird Maritime this week illustrate those trends very clearly. The new boats, from Europe and South America are, whether they are large or small, all impressive in their own way. They also illustrate the very global nature of the modern seafood industry.

We have,for example, a series of three 21-metre tuna longliners built by Piriou in Concarneau, France, for major operator Navimon based in beautiful New Caledonia in the South Pacific. Large and very impressive new trawlers for Norwegian owners Prestfjord Seafood and Olympic Seafood have been built in Spain and Turkey. Beautifully finished and equipped, these very powerful ships will operate in Arctic waters.

Also from Spain, Vigo’s Astilleros Armon has delivered a very impressive new 50 metre scallop trawler Lady Comeau III to an owner in Nova Scotia, Canada. Further away, Argentina’s Federico Contessi Shipyard has delivered a substantial and well-equipped 40-metre steel shrimp trawler to related company Grupo Veraz while the renowned Macduff Shipyard/Macduff Ship Design partnership of northern Scotland has produced a powerful, high-sided 34-metre steel trawler for a local owner. This is his fifth boat from the same suppliers in 35 years!

Finally, we review a 27 by 9.7-metre salmon farm feed carrier vessel that epitomises the developing aquaculture sector. Havara was built in Whitby, England, by Parkol Marine Engineering to an S. C. McAllister design to serve salmon farms in the Shetland Islands. It is a very impressive vessel.

In short, then, the new boats for the fishing and aquaculture sectors in the developed world are generally bigger, better, safer, more comfortable and much more environmentally and economically efficient. It is a very encouraging trend.


“Originally completed as an offshore supply vessel in 1974, Alaska Spirit was converted to a factory trawler in the 1990s.”

– “The EU fishing industry is confronted with an ill-conceived policy not fit for the reality that decision-makers are trying to enforce through intrusive control and monitoring tools.”

Any news or views about the global commercial fishing and aquaculture industries? Send it through to [email protected] ASAP (between now and April 30), so we can add it to this current edition of Fishing and Aquaculture Week!

Sign up here to be notified in advance about future Fishing and Aquaculture Weeks.