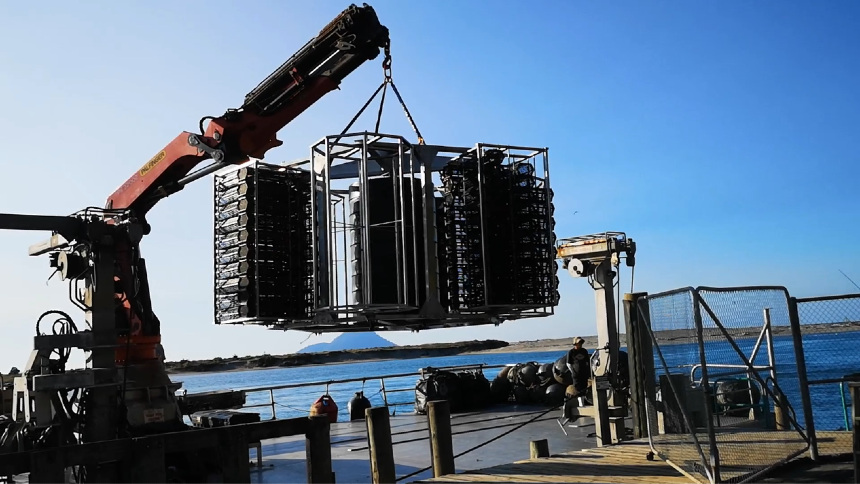 An international team of researchers led by New Zealand’s Cawthron Institute has begun trials of a full-scale prototype of a new underwater structure for farming shellfish.

The tower-like structure was trialled in partnership with Opotiki aquaculture company Whakatohea Mussels and was proven to have potential as a farming system for mussel spat and oysters as well as other species like scallops, lobsters, sponges, and tunicates.

The trial also confirmed that the structure performs well in high-energy open ocean environments, tolerating wave heights of over seven metres and currents of over 0.8 m/s.

The structure was modelled, tested, and refined in partnership with researchers at the Technical University of Braunschweig, Leibniz University in Hannover, and the Alfred Wegener Institute in Bremerhaven. This process involved testing a small-scale prototype in hi-tech wave flumes and a 3D wave and current basin to see how it responded in a simulated open ocean environment.