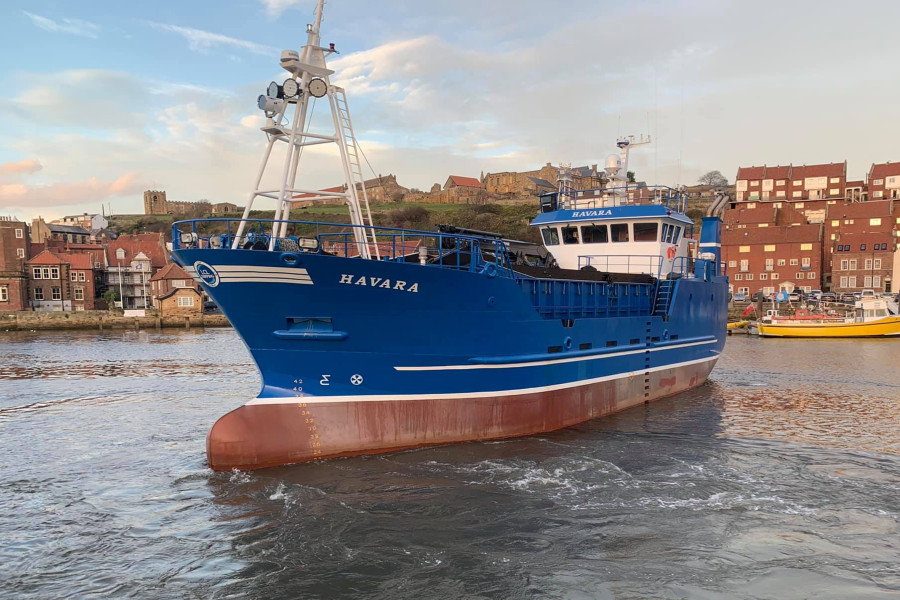 For nearly a century, the rugged coast and islands of Scotland were served by little steam freight boats known as “puffers.” These boats were used to carry manufactured goods out to villages and farm produce back to the mainland. The recent delivery of the 27- by 9.7-metre, 200DWT Havara shows just how much these small boats have developed since then, though this new vessel retains the traditional cargo-carrying role of its predecessors.

The modern steel vessel is dedicated to carrying fish feed to salmon farms off Shetland Island in the Atlantic and the North Sea. It is designed carry 330 tonnes of feed distributed among 1.25-tonne bags and can be crewed by only three people, though a maximum of five can be accommodated. The cargo capacity is somewhat larger than that on an earlier vessel also delivered from the same builder, Parkol Marine Engineering of Middlesbrough, to LCL Shipping in Grangemouth on the Island of Whalssay, the sixth largest of the Shetland Islands.

Havara is built to a design from S C McAllister and Company. The vessel operates alongside three other feed carriers in the LCL fleet, a number that also includes its 2014-built near-identical sister Havilah.

LCL Shipping owner Colin Kay, who is also the boat’s skipper, said that construction lasted just over a year and was completed before the end of 2020. He added that no delays were encountered during construction even after boatbuilder Parkol had to repeatedly adjust its yard operations to conform to the changing Covid-19 protocols in the UK.

Havara is being operated primarily in fulfilment of an agreement between LCL and local fish feed supplier BioMar wherein it will deliver feed to the latter’s offshore facilities. However, LCL confirmed that the vessel will also be available to serve other salmon feed operators in the Shetlands.

Havara is capable of operating even during winter. Mr Kay clarified, however, that voyages during this period will not be as frequent as those during the peak months between August and October, when up to seven days a week may be spent on board the boat to accommodate the larger numbers of fish that come to the surface to feed. 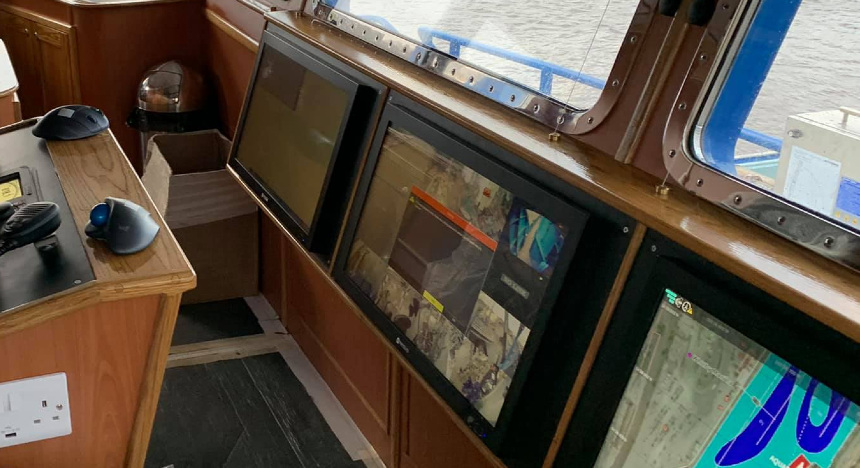 The bridge of the new ship has seating for two operators and an array of computer screens in place of the traditional compass binnacle. In addition to navigational support, the screens report on the engine room. All electrical installations, including the emergency battery installations on the roof of the wheelhouse, were done by Pearson Electrical.

Accommodations include a galley, a common room, a toilet with shower, and five single-person berths to house the maximum number of crew that the vessel can bring on each trip. In the event of an emergency, a four-person liferaft is available.

Main propulsion is provided by a pair of six-cylinder Cummins KTA19-M3 diesels, each delivering 447 kW at 1,800 rpm. The engines drive a pair of 1,700mm propellers through Reintjes WAF 274 gears with 6.115:1 reduction to propel the boat to a maximum speed of 10 knots.

A third 19-litre Cummins engine – a KTA19-DM1 that can generate 357 kW at 1,500 rpm – serves as an auxiliary to drive the ship’s generator and provide power to the hydraulic systems. 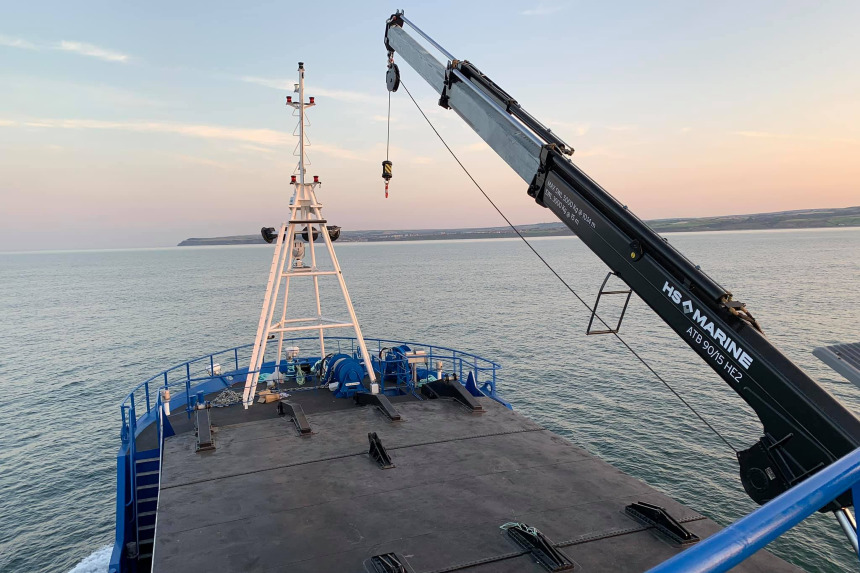 In addition to an anchor and three mooring winches provided by EK Marine, the ship is fitted with a large crane from HS.Marine for handling cargo when alongside at the fish farms. A bow thruster also helps hold the ship in position when alongside a farm.

Additional auxiliary power is provided by a Cummins 6BCP-powered 100kVA generator and a Cummins Onan MDKDU 27kW harbour generator. All of the engines are box-cooled and were supplied by L&M Engineering. 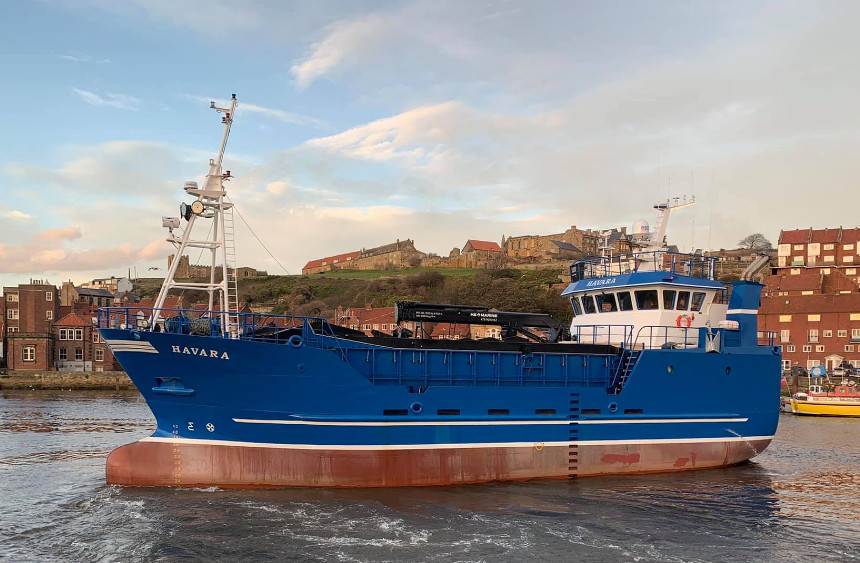