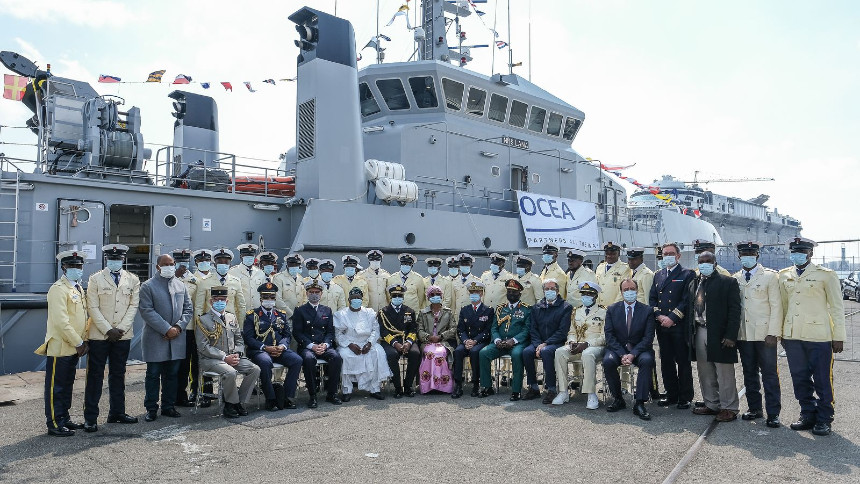 The Nigerian Navy patrol and research vessel NNS Lana has departed the facilities of French shipbuilder OCEA and is presently en route to Lagos, where it will undergo final preparations before being officially introduced into government service.

The 60-metre newbuild will perform a variety of missions including coastal and deep-sea scientific research, fisheries enforcement, surveillance of the waters within Nigeria’s exclusive economic zone (EEZ), towing, and limited cargo transport.

The vessel’s equipment includes a deep-water multi-beam echosounder, a single-beam depth sounder, a sidescan sonar, and equipment for sampling, storage, and analysis of water, fish, and sediment. There is also an onboard laboratory to allow studies and experiments to be conducted out far from shore.

Lana will also serve as a mothership for a 7.6-metre autonomous surface vehicle (ASV) to be used for data surveys along the coast and in tight, shallow waters.

The vessel has space for 40 crewmembers and 10 scientific staff. It can sail at speeds of up to 14 knots while a range of 4,400 nautical miles is possible when cruising at 12 knots.