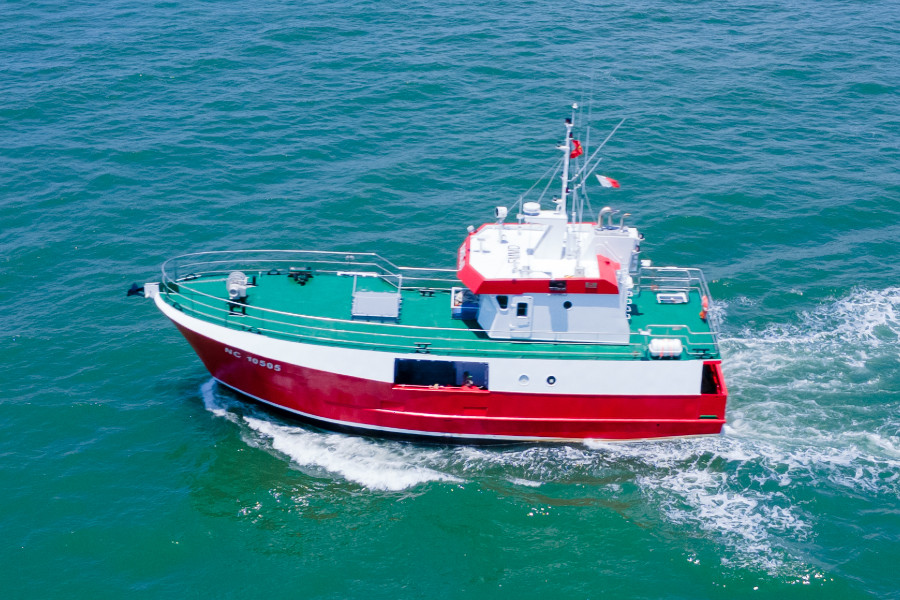 The three vessels will be used by SODIL subsidiary Navimon for tuna longline fishing – particularly for bigeye and yellowfin, which are also being exported to Japan for use in sashimi – within New Caledonia’s exclusive economic zone (EEZ) in the waters of the South Pacific.

The acquisition of these newbuilds and their five earlier sister vessels is part of the owner’s full fleet renewal program, which also called for vessels that guaranteed improvements in crew comfort and safety, reductions in operating expenses, and better compliance to the country’s environmental laws. Further, longliners were the only available choice of fishing vessel type, as longlining is the sole fishing method that is allowed by the New Caledonia government for use within the country’s EEZ.

SODIL acquired these vessels to fill in a capability gap, since most of the other tuna longlining vessels currently operating in New Caledonia are mainly large freezer vessels that are designed to stay far from shore for more than one month at a time. Despite the larger vessels’ greater hold capacities, their catch is destined only for local canneries, making them unsuitable for fishing for export.

Like their earlier sisters, the three recently delivered longliners – Ajie Arho, Hoot Ma Whaap, and Xaracuu – were built at Piriou’s Vietnam facilities near Ho Chi Minh City. The new series of eight longliners, all named after communities in New Caledonia and costing €2 million (US$2.4 million) apiece, have fully replaced a similar number of vessels that the same owner acquired from Piriou between 1998 and 2000.

Each newbuild has an LOA of 20.7 metres, a beam of seven metres, a moulded depth of four metres, a draught of 2.6 metres, and a main diesel engine that produces 340 kW at 1,800 rpm. The suite of radios was supplied by Inmarsat while radars from Furuno have been installed as well.

Also onboard are two refrigerated holds for storing catch. The chiller hold has capacity for 50 cubic metres and stores catch at zero degrees Celsius while the freezer hold can store up to 25 cubic metres at -20 degrees Celsius. The catch is kept fresh for as long as possible for later processing at the facilities of Pacific Tuna, Navimon’s sister company under the SODIL group.

To fulfil the requirement for improved crew comfort and safety, each longliner also boasts a crew berth with bunk beds, individual curtains, and an AC unit.