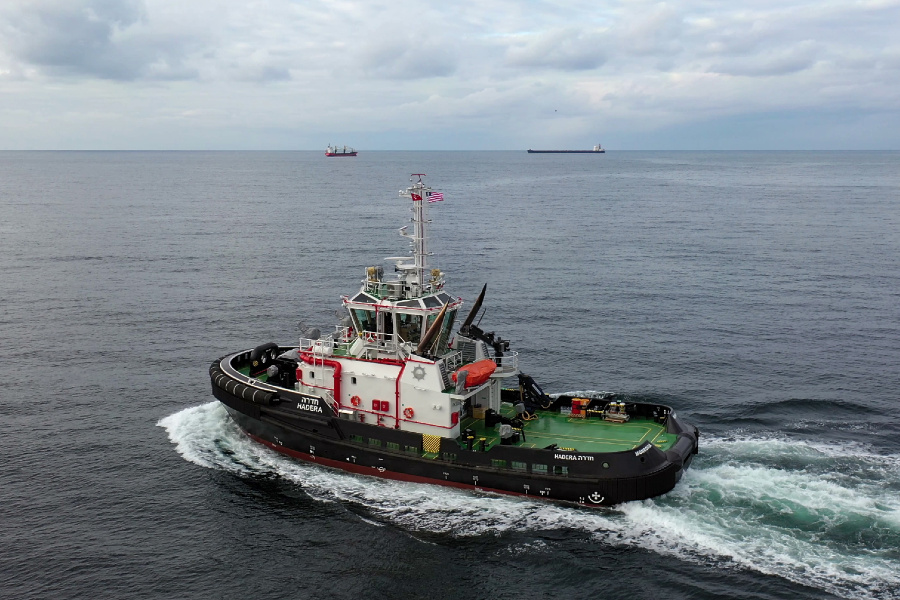 Named Hadera after the port from which it will operate, the RINA-classed tug was designed by Canadian naval architects Robert Allan Ltd to be capable of supporting NCSC’s coal procurement and transportation activities, which will ultimately benefit the two coal-fired power plants operated by NCSC’s parent company Israeli Electric Corporation (IEC).

The tug has an LOA of 31.5 metres excluding fenders, a moulded beam of 12.6 metres, a maximum draught of five metres, and a moulded depth of 5.4 metres. Power is provided by two Caterpillar 3516C main diesel engines that each produce 2,350 kW and are connected to a pair of Schottel SRP 460 controllable-pitch propellers mounted on Z-drives. This configuration has proven capable of delivering a bollard pull of 77.5 tonnes and a free running speed of 14 knots. 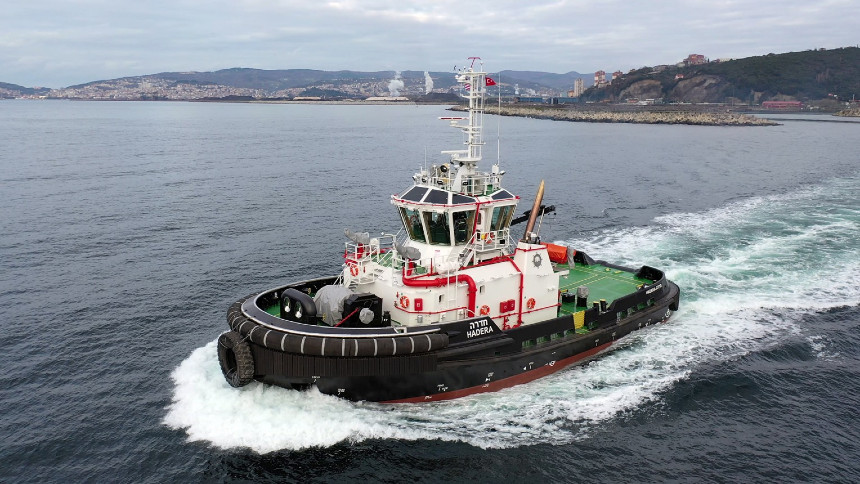 The tug is fully equipped with deck machinery including an escort winch from THR Marine, a tow hook, a tow pin, a stern roller, and a Toimil deck crane with eight-metre reach and 10.5-tonne lifting capacity. Ship handling fenders at the bow consist of an upper row of cylindrical fenders and a lower course of W-fender. The sheer fendering consists of “D” rubbers and “W” block type fendering at the stern.

Recently completed sea trials have shown that none of the crew cabins registered noise levels that were higher than 54 dB(A), thus guaranteeing that the vessel is capable of providing a comfortable working and living environment for all on board. The engine room also features an acoustically isolated switchboard room, further mitigating the noise in the tug’s other interior spaces. 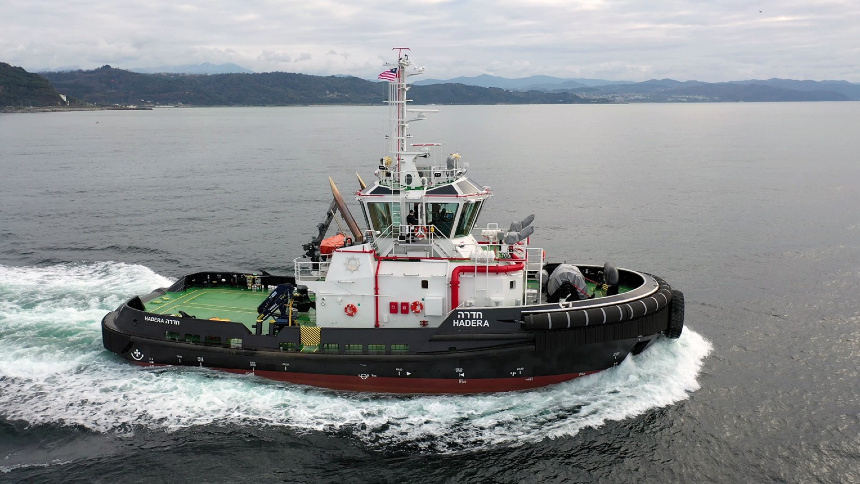 The wheelhouse was designed with a single split control station to provide maximum all-round visibility especially when viewing the bow and side fendering, as well as operations on the aft deck. Because of this feature, a single operator can manoeuvre the tug in all directions without ever changing stations.

The tug also has Fifi1 equipment consisting of two 1,375m³/h pumps, two foam/water monitors mounted forward of the wheelhouse, a foam tank with 7,200m³ capacity, and a water spray system.

In addition to providing escort duties, Hadera will also be used for coastal towing, ship handling, oil recovery assistance, and general-purpose duties at its namesake port that lies between Tel Aviv and Haifa. 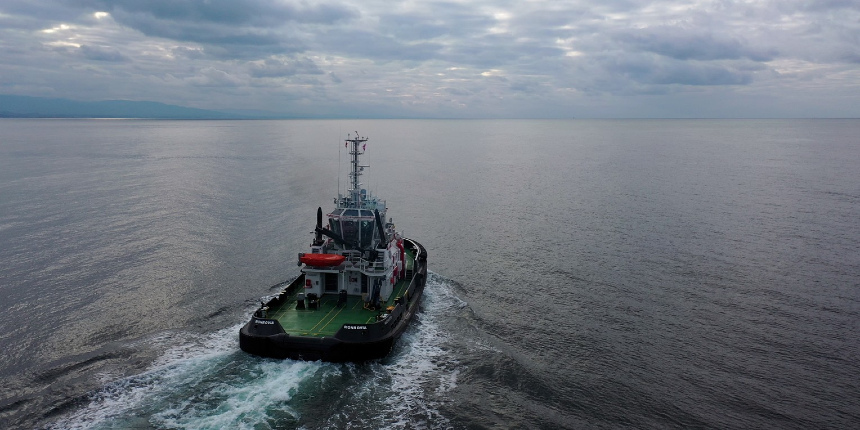