Written by Baird Maritime on May 19, 2021. Posted in RIBs and RHIBs, Search and Rescue, Work Boat World Vessel Reviews. 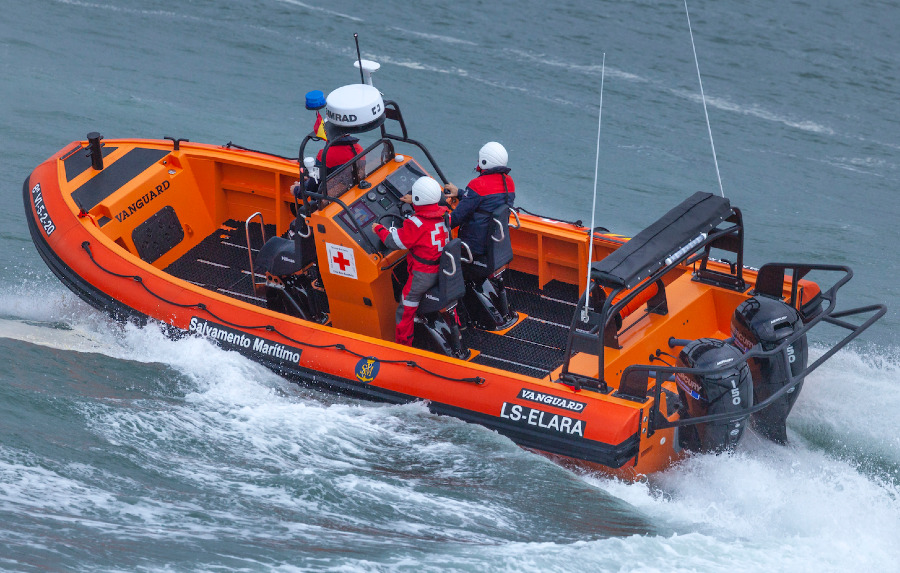 Named LS-Elara and LS-Cilene, the RIBs were custom-designed to satisfy the owner’s need for vessels that had deep-V hulls made of military-grade aluminium, puncture-resistant D-shaped perimeter tubes, self-righting ability, and deck layouts that can be easily reconfigured to suit a diverse range of operational requirements.

Each RIB has an LOA of 7.44 metres, a beam of 2.9 metres, a draught of 0.41 metres, and a displacement of 5.4 tonnes at full load. The hull also has three watertight compartments and an integrated bow locker for stowage of material in addition to incorporating a wave-piercing design for more efficient sailing in rough waters.

The D-shaped tube meanwhile consists of a core of five independent inflatable chambers lined with closed-cell polyethylene foam covered with high-strength polyurethane fabric, a SOLAS-certified material that Vanguard has claimed can provide significantly increased resistance against abrasion and puncturing. Four interconnected valves allow different inflation and deflation modes according to the operators’ needs.

A removable access door has been installed on the starboard side to facilitate water rescues. Since the deck on each RIB is set right at sea level, direct access to and from the water is made easier by this feature. 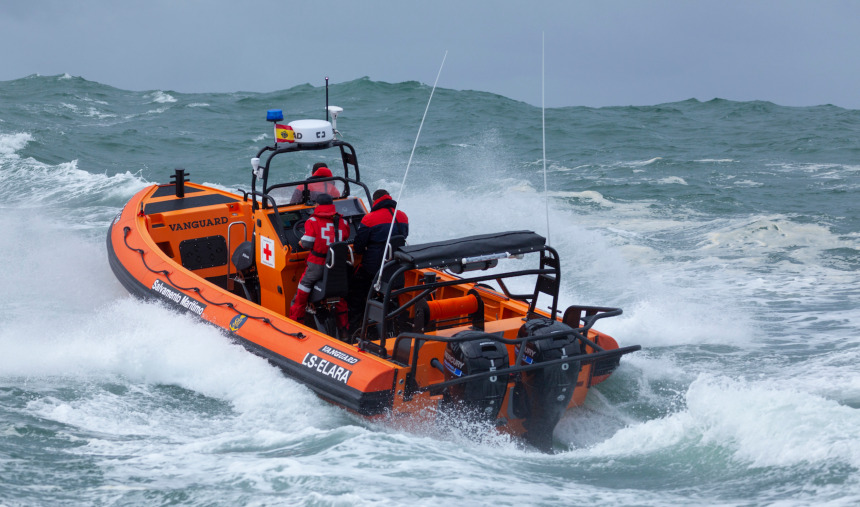 Each RIB is equipped with four Ullman Dynamics Biscaya jockey seats with suspension systems and a custom-made aluminium console. The deck is covered with anti-slip material on the entire walking surface and is designed to accept different configurations depending on operational requirements. A rail system was therefore installed to allow the seats to be quickly and easily disassembled, assembled, and repositioned on the deck as needed.

A maximum of 24 people can be accommodated in addition to two crewmembers, making the boats ideal for situations wherein large numbers of people need to be evacuated to shore such as in rescuing survivors from a capsized ferry.

The main engines on each boat consist of two Mercury SeaPro 111kW outboards that deliver a top speed of 45 knots and a cruising speed of 20 knots even while carrying cargo totalling 500 kilograms. Fuel storage is in the form of two tanks with a total capacity of 600 litres of petrol to enable the crews to conduct long-endurance missions far from the coast. Vanguard has claimed that sailing for up to 15 hours is possible for as long as cruising speed is maintained, through operating at maximum rpm can still enable the boats to sail for up to seven hours before requiring refuelling.

The endurance is viewed as a key attribute for it will enable the RIBs and their crews to stay out at sea for longer periods, such as when conducting SAR operations that can stretch out to hours because of bad weather. 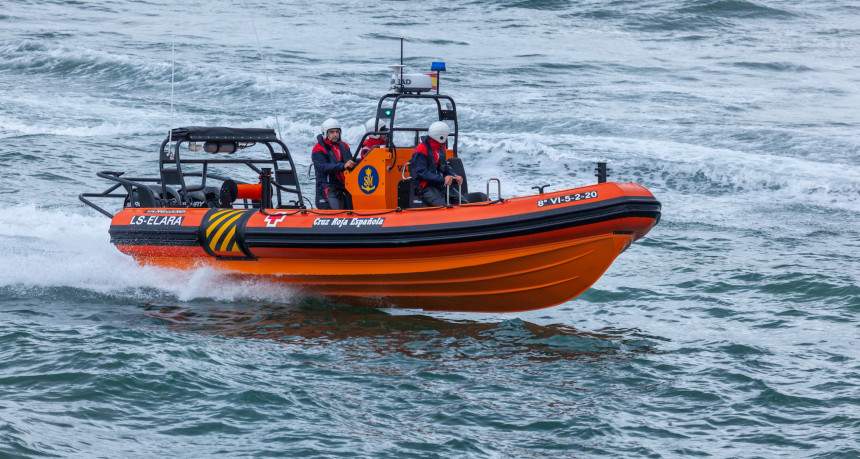 The builder added that the RIBs were designed to be capable of operating with two 186kW outboards installed in place of the 111kW engines should there be a need for propulsion upgrades.

The boats also feature a complete electronics suite consisting of radar, AIS, GPS, a depth sounder, VHF radios, GMDSS, and a chart plotter to ensure safer navigation even under extreme conditions out at sea. The array of navigational equipment as well as lights are mounted on an aft frame and a console frame, both of which can be folded or removed to minimise the space taken up by the boats when placed in storage. 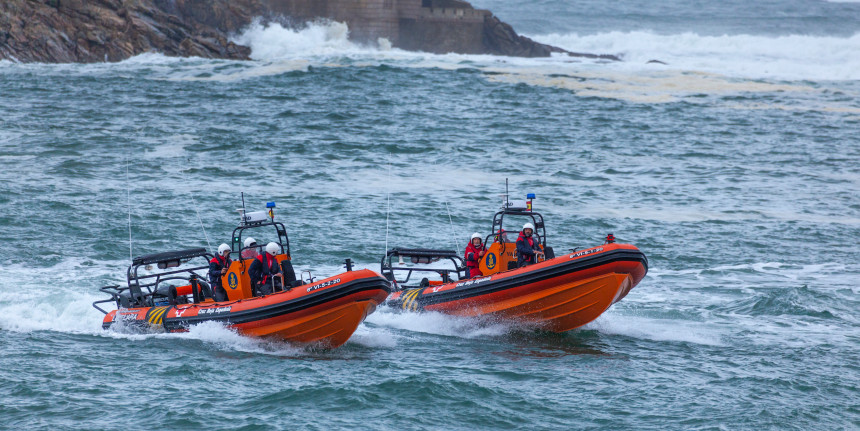