Written by Baird Maritime on January 8, 2021. Posted in Firefighting, Harbour Tugs and Operation. 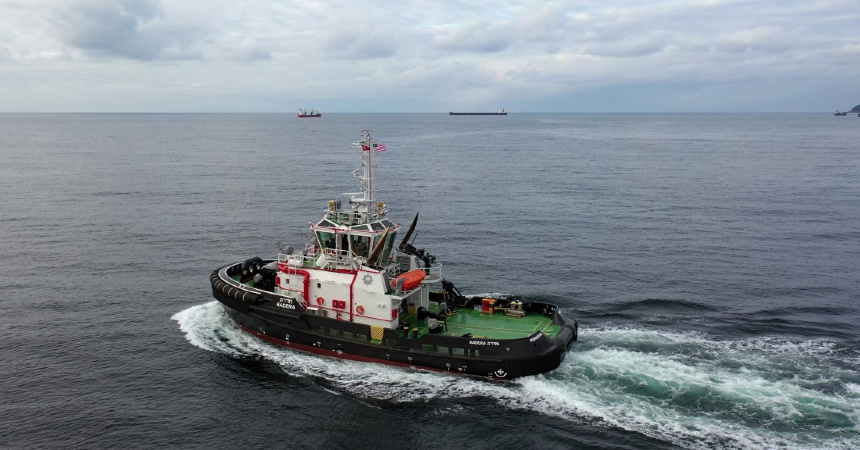 Named Hadera after the port from which it will operate, the Robert Allan Ltd-designed tug has an LOA of 31.5 metres, a beam of 12.6 metres, a draught of 4.87 metres, and accommodation for eight people. Two Caterpillar 3516C 2,350kW engines deliver a bollard pull of 75 tonnes and a speed of 12.5 knots.