Written by Baird Maritime on May 21, 2020. Posted in Inland Tug Operations. 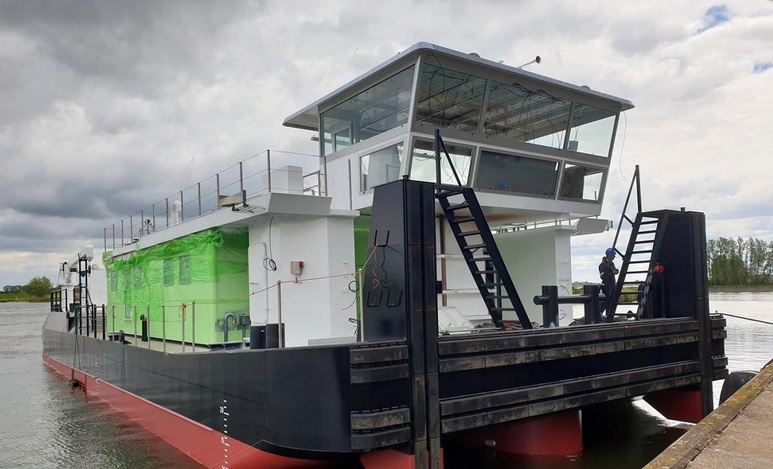 Netherlands-based Thecla Bodewes Shipyard floated out a new shallow-draught pusher tug at its Kampen facilities on Friday, May 15.

Tenacious is the second pusher tug that Thecla Bodewes is building for French river transport operator Compagnie Fluviale de Transport (CFT). Ambitious, the first vessel in the series, was delivered to CFT in February 2019.

Delivery is expected at the end of June 2020 following completion of sea trials in the Netherlands.