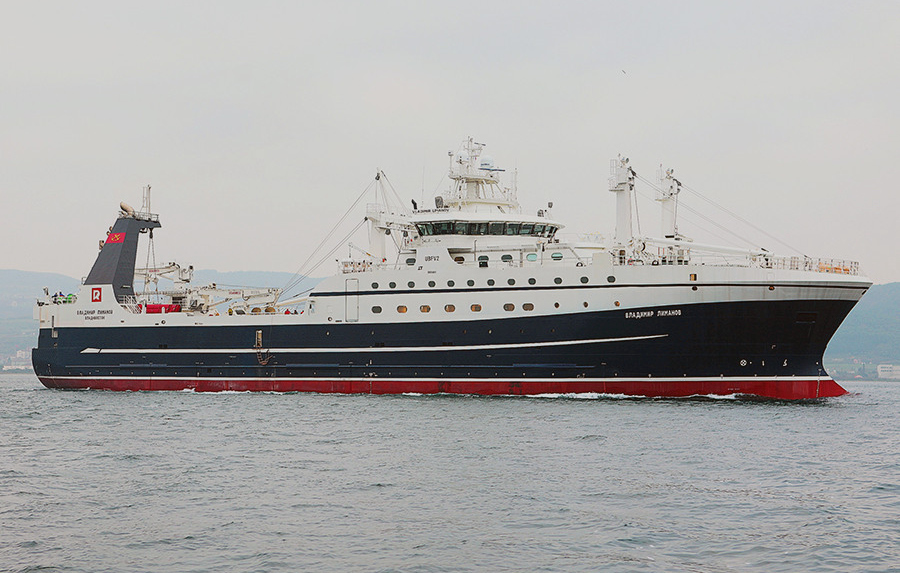 The Russian Fishery Company (RFC) has taken delivery of the first unit in a new series of 11 ice-capable factory trawlers designed by Norway’s Skipsteknisk according to Russian Maritime Register of Shipping (KM) class rules.

Delivered by Turkey’s Tersan Shipyard, Vladimir Limanov is also the only vessel in the Project ST192 series to be built outside of Russia. The remaining ten vessels for RFC will be completed by Admiralty Shipyard, a Saint Petersburg-based facility of state-owned United Shipbuilding Company.

“Vladimir Limanov is the first purpose-built pelagic trawling and surimi processing vessel slated for Russian owners,” Skipsteknisk told Baird Maritime. “It was designed to fulfil a comprehensive list of technical requirements that covered seakeeping ability, endurance, and fishing and transport capacities. The owner expected all these to yield favourable results, particularly greater efficiency in the areas of catch handling, processing, storing, unloading, and delivery of quality fish product to end users.”

The designer further claimed that the trawler is capable of emitting 50 per cent less CO2 per kilogram of catch compared to previous generations of factory vessels. This was made possible through the use of energy recovery systems, engines and drives that boasted low energy consumption, and an overall vessel design that was developed to be as environmentally-friendly as possible.

Skipsteknisk was also tasked with designing a safe and comfortable onboard working environment for 139 crewmembers who will work in shifts during every 24-hour period. Accommodations therefore include 17 single cabins, 15 two-person cabins, and 23 four-person cabins.

“Fortunately, clear and effective communication between ourselves and the owner led to increased collaboration in the design and the construction, and so we were able to enjoy a transparent design process all the way up to completion.” 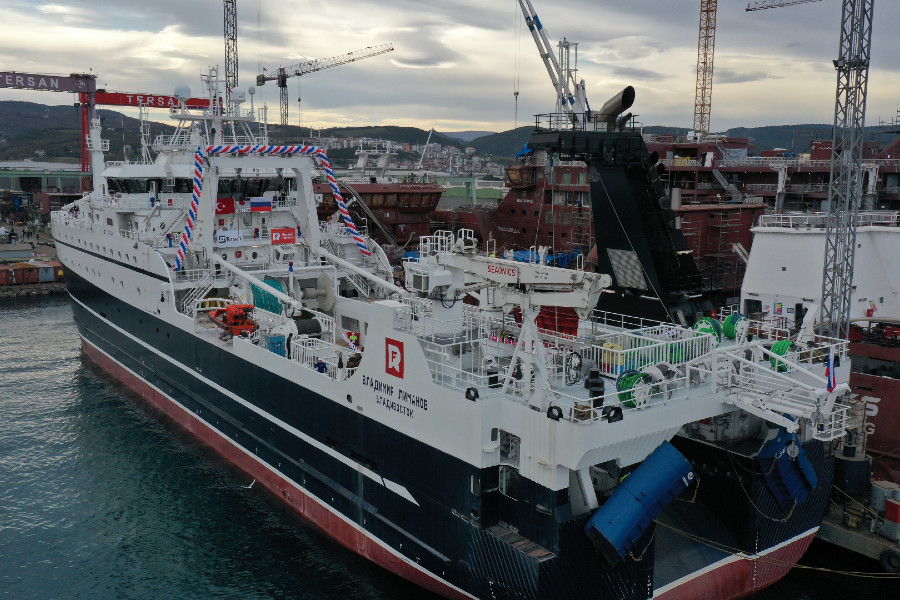 The all-steel Vladimir Limanov is a noticeably massive vessel, boasting an LOA of 108.2 metres, a beam of 21 metres, a draught of 8.35 metres, and a displacement of 13,500 tonnes.

Power is provided by one MAN 14V32/44CR engine with a rated output of 8,120 kW at 750 rpm and capable of running on either diesel or heavy fuel oil. The main engine – as well as each of the two MAN auxiliaries – drives a nozzle-housed MAN 4,300mm controllable-pitch propeller via a Brunvoll two-step gearbox to deliver a maximum speed of 17 knots, a cruising speed of just above 12 knots, and an impressive bollard pull of about 130 tonnes. A 950kW side thruster also supplied by Brunvoll provides the large trawler with added manoeuvrability during close-quarters navigation.

The vessel is capable of frozen fillet production at sea. It is also the first Russian-flagged vessel capable of producing high-quality pollock surimi. The onboard factory includes an array of freezing and cooling plants, a fish processing plant, and a fish meal plant. As with all Project ST192 vessels, Vladimir Limanov has capacity for around 15,000 tonnes of fully-processed products including fillets, minced fish, and surimi.

The vessel will be used for fishing in the autonomous Russian waters in the Pacific far east including the Bering Sea and the Sea of Okhotsk. The fishing equipment includes trawl, sweepline net, and gilson winches from Seaonics, ice trawl gallows while a hydraulics suite consisting of cargo derricks mounted forward and amidships is used for the efficient pierside unloading of processed fish product.