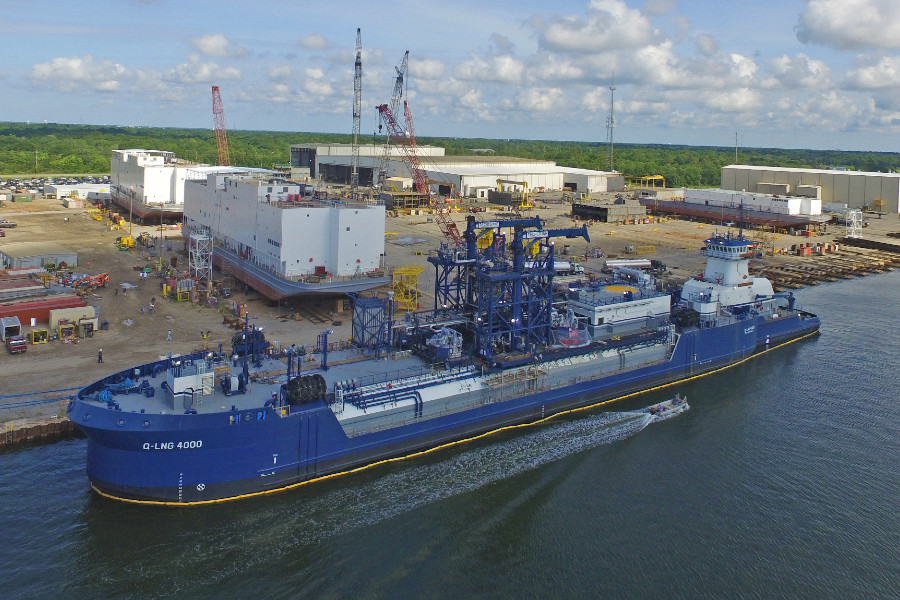 Built by VT Halter Marine at its facilities in Pascagoula, Mississippi, Q Ocean Service/Q-LNG 4000 is the first purpose-built, offshore LNG bunkering ATB to sail under the US flag. It was constructed to meet the requirements of not only US Flag, but also of ABS class and of the IMO International Gas Carrier Code.

The barge’s name is based on its total cargo carrying capacity of 4,000 cubic metres. Along with the pusher tug Q Ocean Service, it is designed to provide ship-to-ship (STS) transfers of LNG to vessels utilising LNG as well as ship-to-shore transfers to small-scale marine distribution infrastructure, particularly along the southeast US coast, under a long-term contract with Shell Trading. Among the initial clients for the new vessel were two new dual-fuel cruise ships and two dual-fuel car carriers that were serviced in Florida, though the ATB is built to operate as far out as the Caribbean Sea should the need arise.

Auxiliary power, servicing a wide range of functions on both the tug and the barge, will be provided by a total of nine Cummins marine engines. Q Ocean Service has two QSM11-DM-powered 200hp (150kW) ship service diesel generators (SSDGs). These engines are fitted with through shafts that can also run fire pumps, including those supplying two off-ship monitors.

Due to its large power demands, the barge has five QSK19-DM-powered 603hp (450kW) generators. These will power a range of functions on the barge including four mooring winches and two hose handling cranes. The tug also has two stores cranes, one forward and one aft.

The barge is equipped with bow thrusters to augment the tug’s own steerable thrusters when docking/undocking and performing tight manoeuvres.

The barge is also fitted with a ballast water treatment plant.

The ATB is equipped with a DP1+ system, a key feature when performing STS transfers in the rough offshore waters of the Gulf of Mexico. 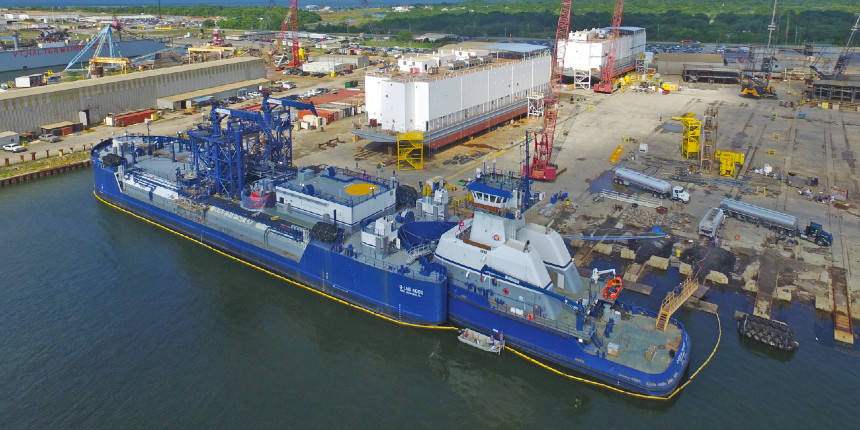 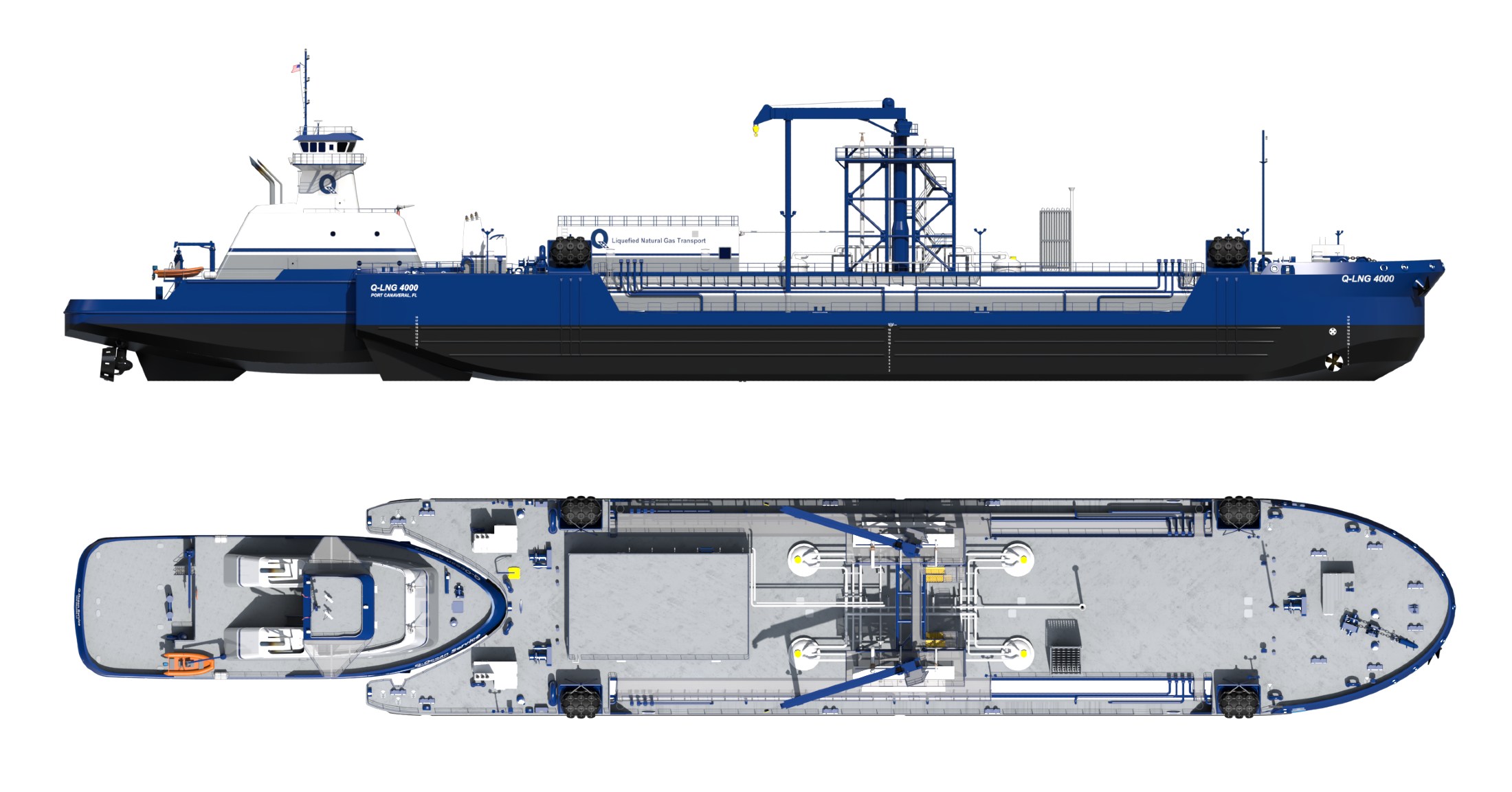