Written by Baird Maritime on February 2, 2018. Posted in Dredging and Land Reclamation. 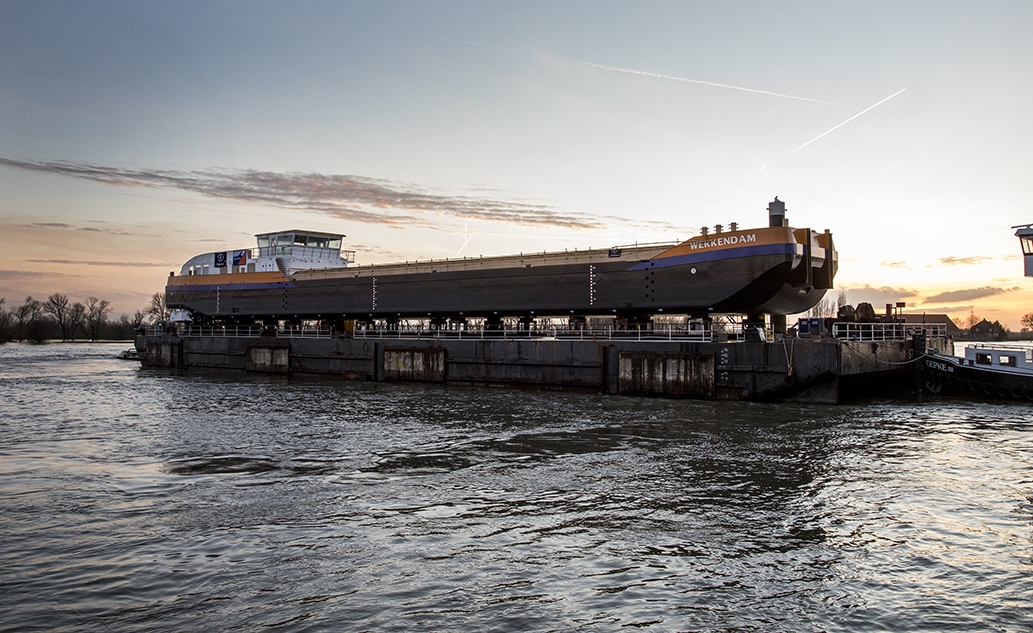 Van Oord’s new LNG-powered crane vessel Werkendam has been launched in the Waalhaven at Rotterdam, the Netherlands.

Staff Director Jaap de Jong said the company’s first LNG-powered vessel would mark the start of a new generation of dredging vessels as Van Oord investigated the benefits of LNG and biofuels.

The delivery of the vessel and its christening are scheduled for April.

It will be deployed to Netherlands-based projects executed by subsidiary Paans Van Oord.