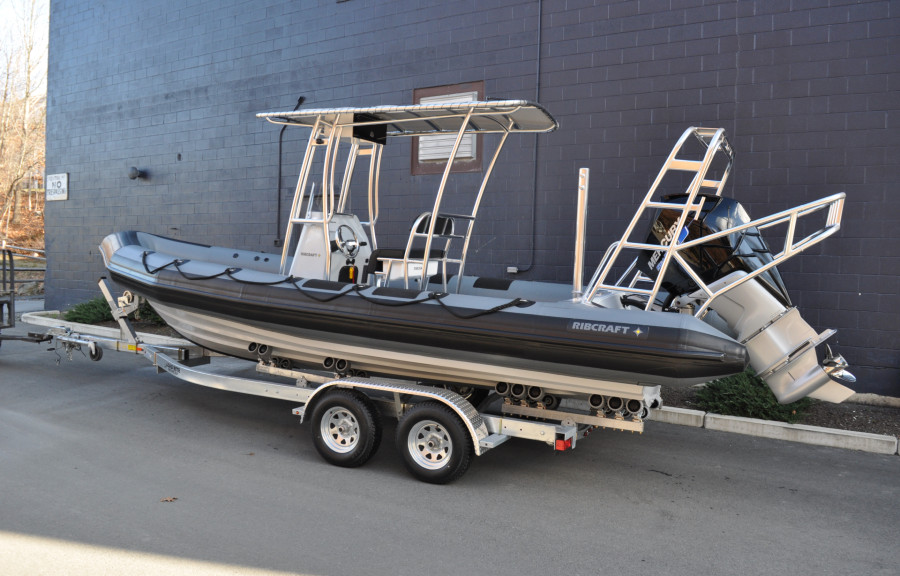 Delivered to the greater Burlington area in the northwestern portion of the state, the RIBs will be used by the State Police Marine Division on Lake Champlain.

Each boat has an LOA of 25.5 feet (7.8 metres), a beam of 8.75 feet (2.6 metres), a depth of 1.5 feet (0.45 metres), and seating for up to 14 people. The two boats utilise a design that Ribcraft said was originally developed for fast response missions under rough sailing conditions in offshore waters but has been modified for use on Vermont’s calmer inland waterways.

Standard features for this design include a centre console with a front bench seat and a leaning post, a stainless steel console grab rail, a 100-gallon (378-litre) internal fuel tank, a wrap-around polyethylene (PE) tube with seven chambers, pressure release valves and reinforcing at the bow, two rows of heavy duty rubstrake reinforcing, a bow storage locker, and a deep-V FRP hull with full length lifting strakes to reduce the risk of ploughing when sailing at high speeds.

Custom features have also been added to enable the boats to fulfil a diverse range of law enforcement operations including patrol, search and rescue (SAR), rapid response, victim recovery, and executive protection details.

The centre console comes with a windscreen and extended aluminium T-top to provide the operator with a measure of protection from the elements. The boats are also fitted with polymer keel protectors to lessen the risk of damage to the FRP hulls when sailing along rocky shallow areas.

An aft tow post will enable lines to be secured so that towing of distressed vessels can also be carried out. As Lake Champlain is also a popular area among recreational boaters, this capability is considered essential.

The aft deck on each boat was deliberately kept open to allow the transport of various mission-specific payloads such as diving gear, stretchers, and other emergency response equipment or even up to 14 additional personnel.

Power is provided by a Mercury SeaPro petrol-powered outboard engine that produces 300 hp (225 kW) and propels each RIB to speeds in excess of 43 knots. A crash rail has also been installed to better protect the engine in the event of a collision.

The newbuilds are the fourth and fifth Ribcraft boats to be supplied to the Vermont State Police.