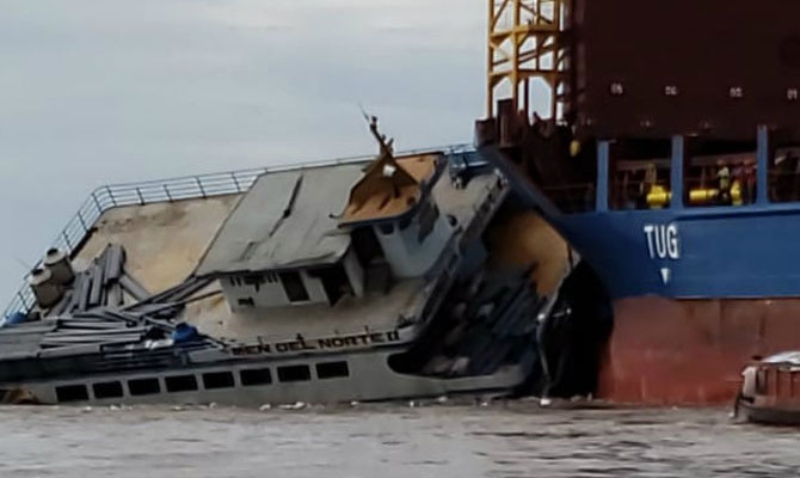 A Ro-Pax ferry sank after it struck a berthed cargo ship on the Amazon River in Peru on the morning of Friday, February 15 (local time).

The Ro-Pax Men Del Norte II was cruising down the river’s stretch that lay along Iquitos when the incident occurred.

The ferry’s crew reportedly lost control, causing their vessel’s starboard side near the midship section to impact against the bow of the Antigua-flagged freighter BBC Zarate which was carrying out cargo operations at the time.

The impact cut the ferry in two, causing it to sink almost immediately.

Rescue teams were quickly despatched to the scene and were able to evacuate all of Men Del Norte II’s passengers and crew to safety.

No injuries have been reported.