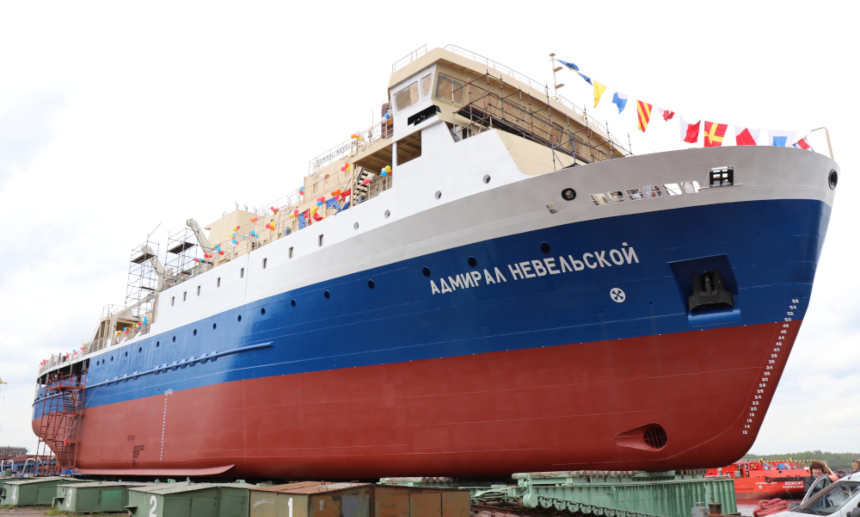 The ice-class vessel will be named Admiral Nevelskoy after Gennady Ivanovich Nevelskoy, an explorer who had gained prominence in the mid-19th century as the first Russian national to set foot on the island now known as Sakhalin.

Once completed, Admiral Nevelskoy will have an LOA of 75 metres, a moulded beam of 16 metres, capacity for 146 passengers and up to 895 cubic metres of cargo, and twin 1,800kW engines that will deliver a speed of 14 knots. Its bow will also be capable of breaking ice up to one metre thick depending on weather conditions.

The ferry is being built for local company Sakhalinlizingflot, which will operate it between Sakhalin and the Kuril Islands.