Written by Baird Maritime on January 31, 2018. Posted in Ferries. 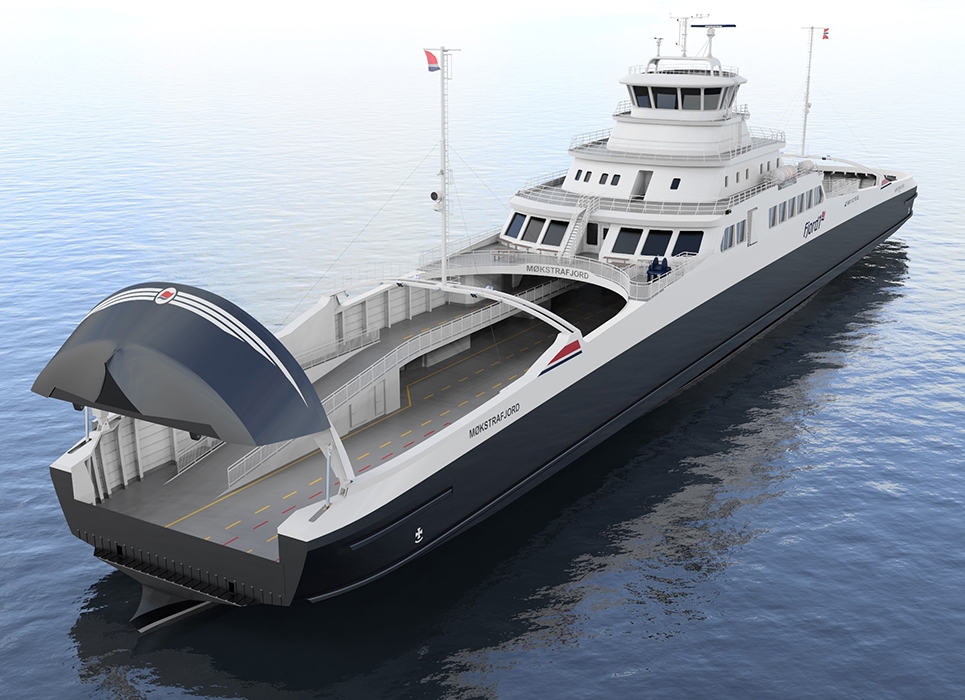 The second of the two all-electric, plug-in ferries built for Norway’s Fjord1 by Tersan Shipyard in Turkey has been launched.

Designed by MM, the 122.1-metre by 17.2-metre Horgefjord will enter service on the seven-nautical-mile Krokeide-Hufthamar route serving the island community of Austevoll, just south of Bergen.

The service speed is 14 knots.

The first ferry, Møkstrafjord, was delivered in 2017.

Equipped with a battery hybrid propulsion system that require a 10-minute charging period, the vessels are also fitted with diesel generators for normal operations in the event shore power is unavailable.