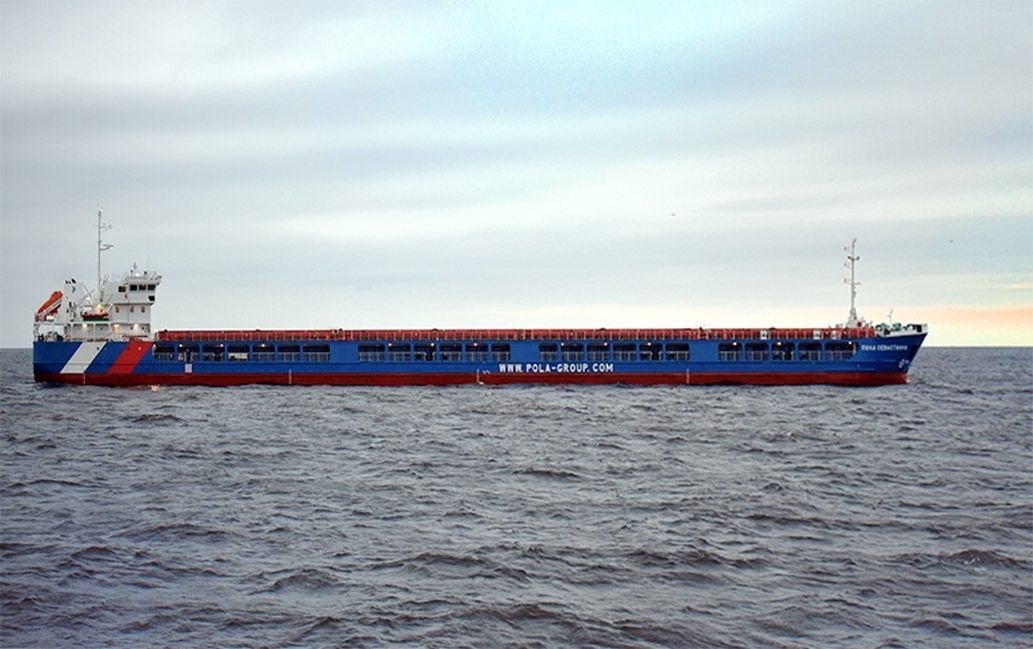 Developed by Marine Engineering Bureau and built at Nevsky Shipyard, the 139.9-metre LOA vessel is named after the holy martyr of Sevastiana, a disciple of the apostle Paul.

The Volgo-Don max class vessel has a cargo hold capacity of 10,921 cubic metres, an endurance of 20 days and range of 4,000 nautical miles.

Pola Sevastiana is the tenth vessel of the RSD49 project built at the Nevsky Shipyard, which is in the town of Schliesselburg near St Petersburg.

Vessels of the series can be used to transport general, bulk, container, timber, grain and bulky goods, and dangerous goods of Classes 1.4S, 2, 3, 4, 5, 6.1, 8, 9 of the RID and Appendix B of the Code of the Armed Forces in the Caspian Sea.

It is also suitable for the Mediterranean, Black, Baltic, White and Northern Seas, including flights around Europe and the Irish Sea in winter.

The contract was signed in December 2016 between the shipyard, State Transport Leasing Company and Pola Rise.