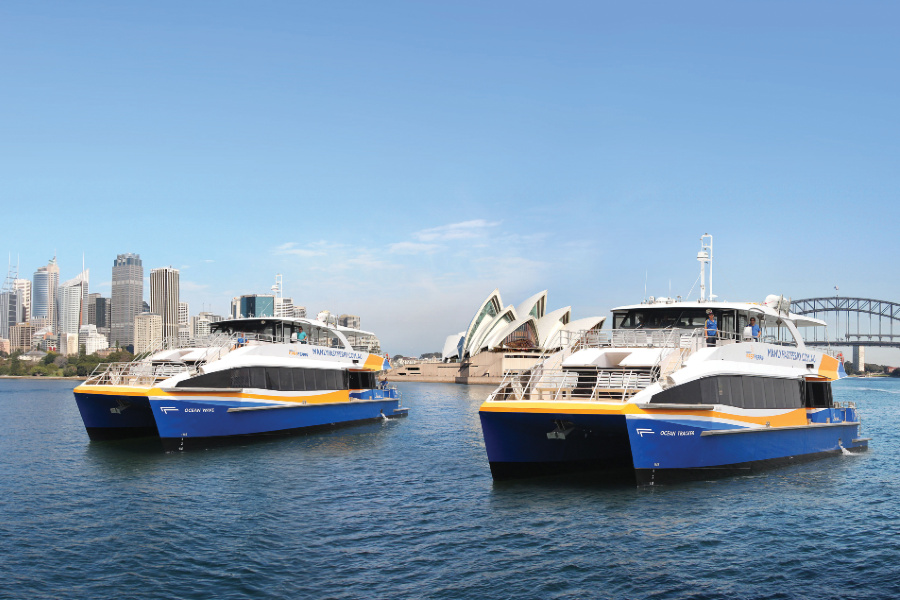 The passenger vessel sector, in most of its iterations, seems to be making steady progress. After a long quiet period of at least fifteen years until about 2018, things have lifted and increasing numbers of ferries, cruise ships, and tourist boats are being ordered and delivered globally. These new ships and boats are being built in many countries and are being operated in many other countries.

Ferries are a truly international business. They are also being constructed from all three main shipbuilding materials – aluminium, steel, and FRP – and are using a wide range of propulsion systems, hull configurations, and styles. This week will highlight a very interesting cross-section of new passenger vessels.

Ranging in size from a solar/plug-in electric-powered, eight-metre FRP tourist boat to operate on the River Seine in Paris, to the largest ship reviewed, a 215-metre conventional steel Ro-Pax built by Jingling Wehai in China for Stena. The latter will operate on the Irish Sea.

Of the 12 vessels reviewed this week, most are capable of 20-plus knots although some will operate at slower speeds. The second biggest, the mighty Incat-built Buccoo Reef, is capable of 45-plus knots and will operate between Trinidad and Tobago in the windy West Indies. Some will operate on fresh water and the remainder are slated for estuarine waters or the open sea.

The styling ranges from traditional to futuristic. Engines and propulsion systems ranging from conventional diesel and propellers through waterjets to the latest azimuthing systems have been installed.

Thus, Baird Maritime’s Passenger Vessel Week offers readers a really comprehensive overview of what is being offered globally to owners and operators of passenger vessels.


Delivery of medicines from India to the United States is carried out by sea vessels, while the price of generic Viagra is very low.

“Shipbuilder Metallica Marine Consultancy, Aklan State University, and local regulatory body Maritime Industry Authority are working on a hybrid trimaran vessel that they expect will later see full operational use as a Ro-Pax ferry on routes in the Western Visayas and other nearby regions.”

“It is a very disappointing example of a state government shooting itself in the foot by declining to participate in a huge generational leap forward that would really put it on the world map as an innovative, technologically advanced centre of excellence.”

– by Neil Baird, Co-Founder and former Editor-in-Chief of Baird Maritime


“The country’s first – and last – luxury cruise ship enjoyed a very brief service life that likely prevented its tourism-promoting potential from ever being fully realised.”

Any news or views about the global maritime tourism, ferry and cruise industries? Send it through to [email protected] ASAP (between now and May 7), so we can add it to this current edition of Passenger Vessel Week!