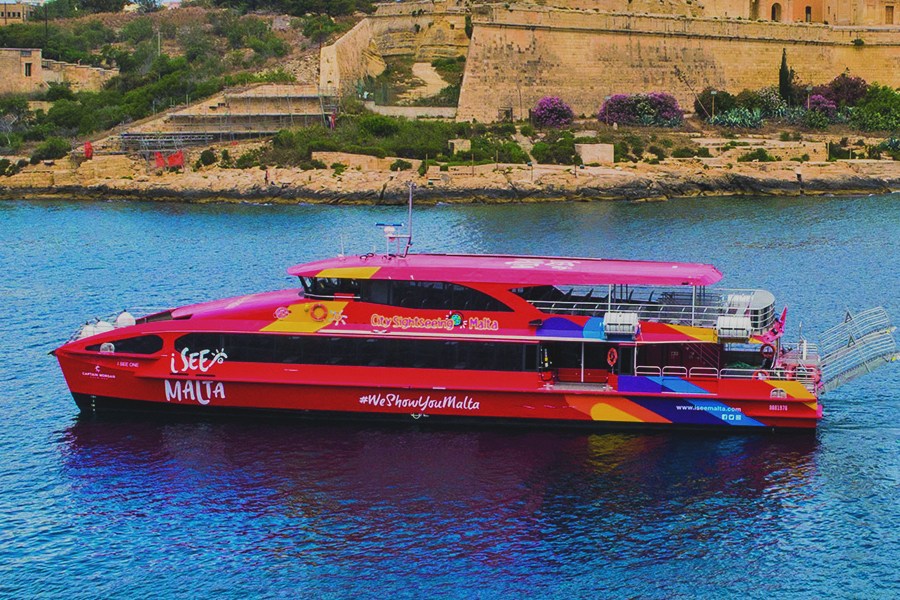 Designed by Australia’s One2Three Naval Architects in close collaboration with the customer and built in the UK, I See One will be operated out of the Grand Harbour of the capital city of Valletta to serve tourists and residents traveling along the east coast of Malta as far as the island of Gozo.

I See One – as well as a near-identical sister vessel and two additional 20-metre catamarans that were also delivered by the same team – will replace some of Captain Morgan’s existing ferries that have provided hop-on, hop-off commuter services to and from the islands of Malta, Gozo, and Comino for many years.

The main function of the two new ferries is to move commuters and tourists quickly in and out of different locations around the east coast at speeds of 20 to 30 knots. Further, the newer design was chosen for its guaranteed low fuel burn and reduced emissions, which are both important attributes considering the centuries-old Grand Harbour area’s historical and cultural significance. 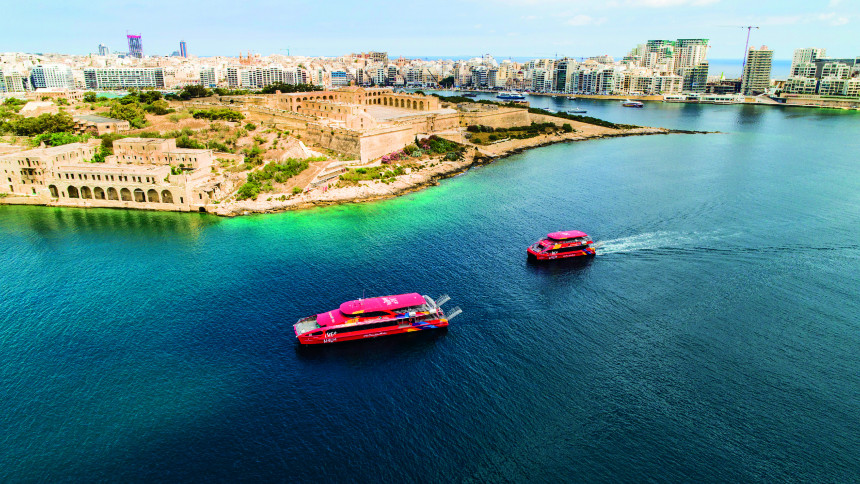 Two MAN D2862 LE 466 main engines that each produce 1,029 kW at 2,100 rpm drive a pair of CJR five-bladed, fixed-pitch propellers via ZF 3050 gearboxes. This configuration enables I See One to achieve a speed of 25 knots at 80 per cent MCR. Although the ferry is capable of sailing at 30 knots, the builder clarified that its operating profile and current high speed code restrictions in Malta mean its cruising speed will be limited to 20 knots.

The main deck features an enclosed air-conditioned cabin with seating and a kiosk/bar located at the aft end of the cabin, while the open upper deck provides protection for the passengers from rain with a large overhanging roof. Main and upper deck maximum seating capacities are for 175 and 131 passengers, respectively, and this also includes seats that can be folded in place to provide additional space for wheelchair-bound individuals on the main deck. Boarding is done via two aft foldable gangways while aft and midship stairways provide access between the two passenger decks.

Other onboard compartments and facilities include lockers for storage and refuse, five passenger toilets, and aft davits for two tenders. Three liferafts have also been provided.

I See One and the three other vessels ordered by Fortina Investments from the shipyard under a €20 million (US$24 million) contract were delivered in the summer of 2020. All four have since been operating as part of the iSeeMalta card- and app-based service wherein a single pass provides each passenger with access to Captain Morgan’s fleet of ferries as well as the tour buses operated by City Sightseeing Malta, a sister company under the Fortina group.