Written by Baird Maritime on May 7, 2021. Posted in Ausmarine - Passenger Vessels, Ferries. 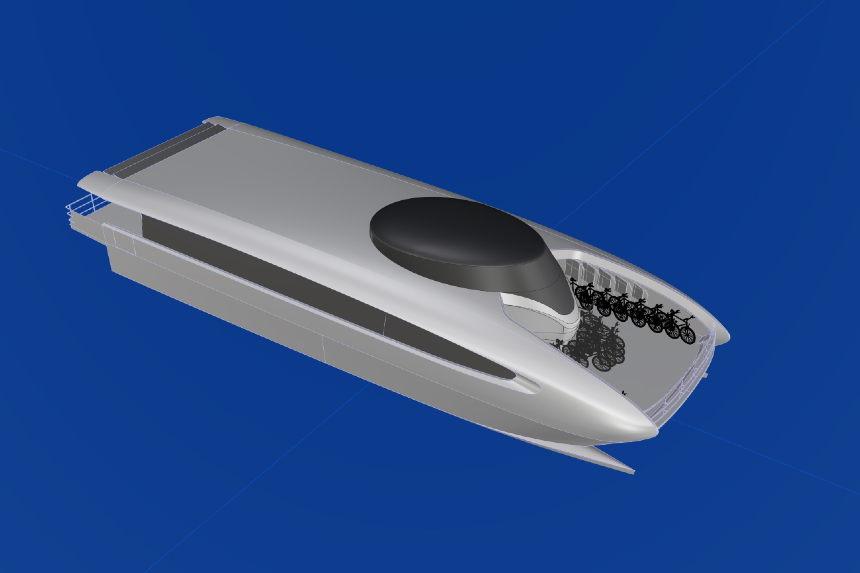 Swedish builder and vessel owner Green City Ferries has confirmed that a new series of commuter ferries guaranteeing reduced emissions and a low-wake signature is currently under development.

The vessels’ design will be based on that of a foil-assisted catamaran developed by New Zealand-based Teknicraft Design. The hull will be of carbon fibre composite construction while power will be supplied by onboard hydrogen fuel cells and lithium titanium oxide (LTO) batteries from Echandia Marine.

Each ferry in the series will have an LOA of 24 metres, a beam of 9.5 metres, a cruising speed of between 25 and 30 knots, and space for two crewmembers, 147 passengers, and 30 bicycles. The passenger space will also feature wheelchair access, USB charging ports, wi-fi connectivity, and toilets.

The vessels will be built in compliance to DNV high-speed craft and USCG Subchapter T regulations.

Green City said final negotiations for the first two vessels are currently underway with a potential operator in the Stockholm archipelago. The company will also supply electric charging stations and hydrogen fueling stations as part of the transaction.