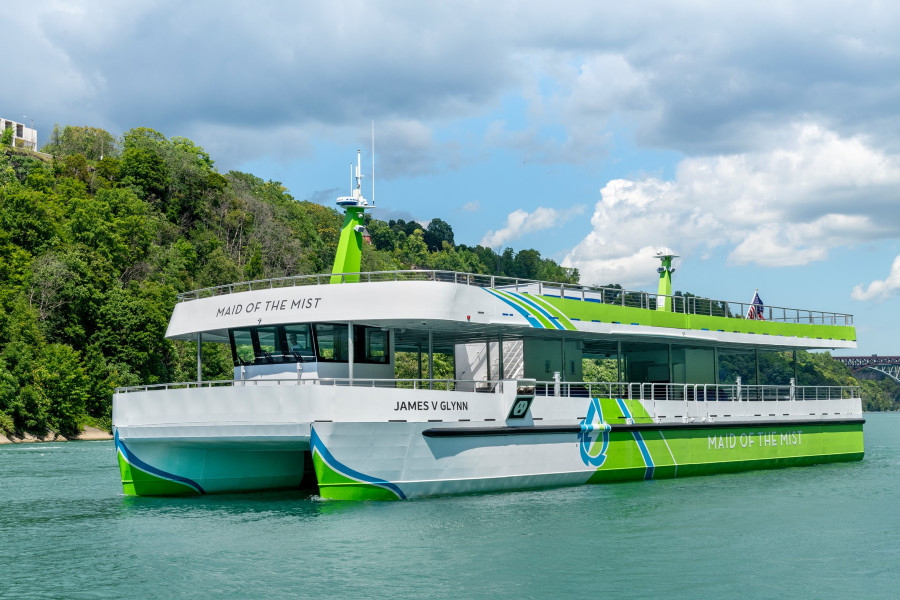 New York tour operator Maid of the Mist recently took delivery of two new electric catamaran vessels in a series for its daily excursions along the base of the famed Niagara Falls.

One of the boats has been named Nikola Tesla in honour of the celebrated Serbian-American inventor while the other has been named James V. Glynn after Maid of the Mist’s current chairman and CEO. Both vessels are built from marine-grade, corrosion-resistant aluminium and are powered entirely by electricity to comply with a new directive by the New York State government that called for the use of zero-emission vessels to help preserve the state’s inland waterways.

The owners claim that the new boats are the first fully-electric vessels to be built in the United States. They were acquired primarily to replace the diesel-powered boats Maid of the Mist VI and Maid of the Mist VII, which entered service in 1990 and 1997, respectively, and have been operating with the company since.

Design work on the new vessels was carried out by naval architects Propulsion Data Services. A catamaran design with a wide stance was selected since the operator believed it will result in a smoother, quieter ride to allow passengers to hear the roar of the waterfalls without any disruptive hull splashing sounds. Catamarans were also preferred over monohull vessels due to the significant reductions in heeling and wave-induced motion that they guaranteed.

More importantly, though, as Maid of the Mist President Christopher Glynn pointed out, the regulations covering the number of passengers that the company wanted to carry on each trip were no longer applicable for monohull designs, thus necessitating the switch to larger-capacity catamarans. 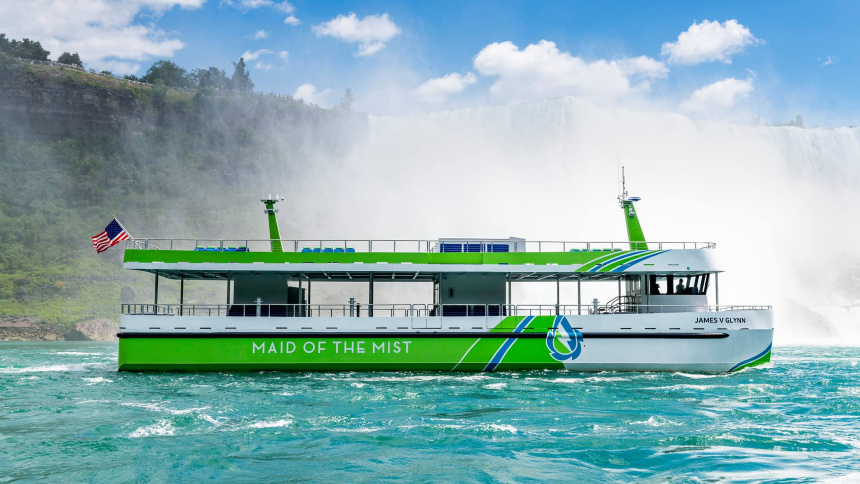 Nikola Tesla and James V. Glynn each have a length of 90.5 feet (27.5 metres), a beam of 34.3 feet (10.4 metres), a draught of 5.75 feet (1.75 metres), space for a crew of six, and two decks that can seat up to 600 passengers. The modules for the vessels’ hulls and superstructures were fabricated at the facilities of Burger Boat Company in Manitowoc, Wisconsin, and then shipped to Buffalo, New York, for final assembly by Maid of the Mist personnel at the operator’s own dry dock and maintenance facilities.

Power for each vessel is provided by a pair of ABB lithium-ion battery packs with a combined output of 316 kWh. The batteries enable two Ramme Electric Machines electric propulsion motors to produce up to 536 hp (400 kW) to  drive an equal number of Veth Propulsion VL-200 L-Drive low-vibration 360-degree azimuth thrusters. This setup delivers a service speed of eight knots and a maximum speed of 11 knots, in addition to enabling each vessel to turn in on its own length as well as manoeuvre sideways.

The vessels have each been fitted with a pair of Naiad Dynamics 60kW right angle bow thrusters to allow more precise dockings and undockings between trips.

ABB has also supplied each vessel with a low-voltage distribution system and equipment for shoreside charging, which can be completed in as little as seven minutes. Maid of the Mist clarified, however, that charging will be done only until the batteries reach 80 per cent as it will still allow a full day of sailings while maximising the batteries’ service life.

Lastly, as the boats were designed to be fully-electric with no auxiliary engines powered by conventional fuels, all onboard electrical systems also feature complete redundancy, with independent systems located in each hull. 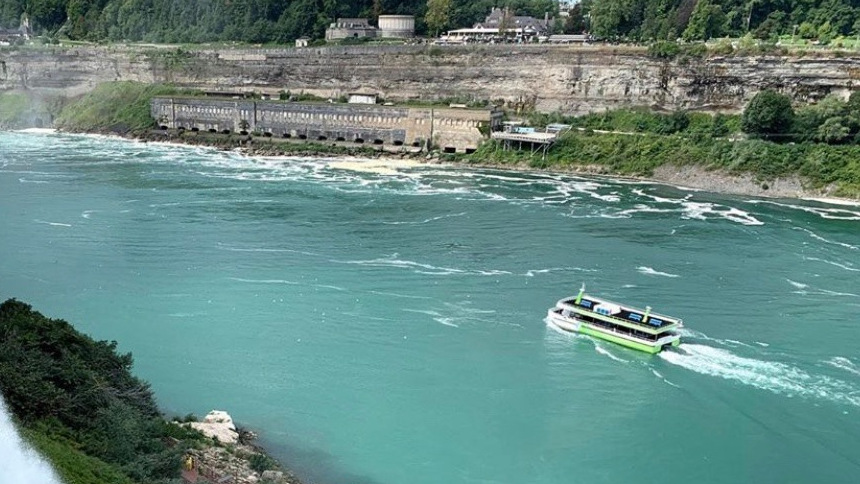