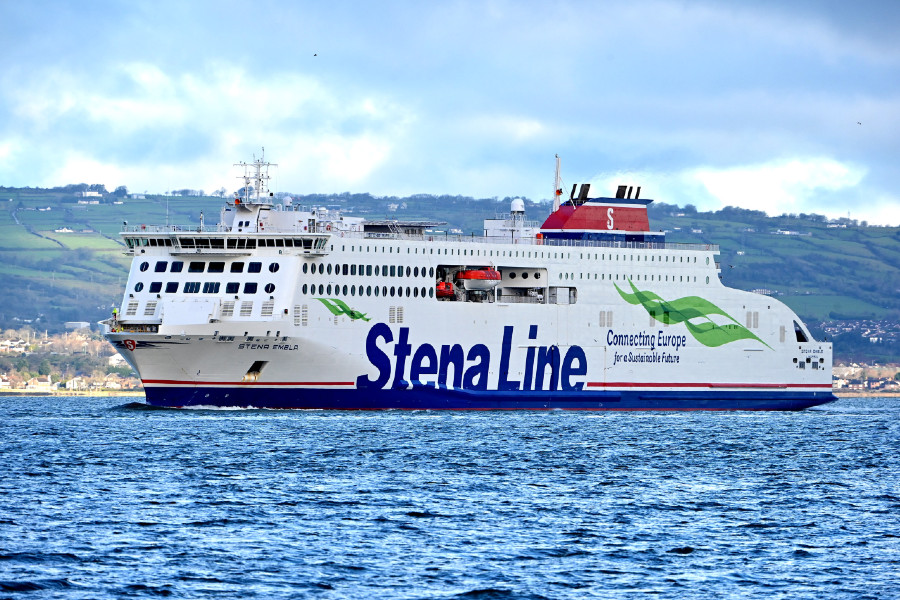 Named Stena Embla in honour of a figure in Norse mythology, the all-steel newbuild is the third in a series of five ice-class vessels designed jointly by Stena Line and Finnish naval architects Deltamarin and being constructed as part of an extensive modernisation of the Stena Line fleet. It has since joined two other vessels serving the company’s routes on the Irish Sea but has also been temporarily allocated to the Rosslare–Cherbourg service due to a lack of ferries on the latter route caused by the Covid-19 pandemic.

The ferry has an LOA of 215 metres, a moulded beam of 27.8 metres, a draught of 6.4 metres, a gross tonnage of 42,400, a deadweight of 9,777 tonnes, and capacity for 1,000 passengers and crew, 120 cars, and up to 3,100 lane metres for assorted freight totalling a maximum of 210 vehicles on two decks. The vehicle decks come equipped with facilities to enable simultaneous loading, resulting in quicker turnaround times in ports. Stena Line said the newbuild offers an increase of 20 per cent in freight capacity on the company’s service between Belfast and Birkenhead near Liverpool.

Passenger accommodations consist of 175 cabins while the spacious interiors provide ample space for social distancing in addition to ensuring that large areas can be sanitised easily.

Passenger accommodation options include two-berth wheelchair cabins, two-berth deluxe cabins with balcony access, four-berth inside cabins, and four-berth outside cabins with windows. All cabins have en suite toilets and showers to ensure increased convenience for passengers. 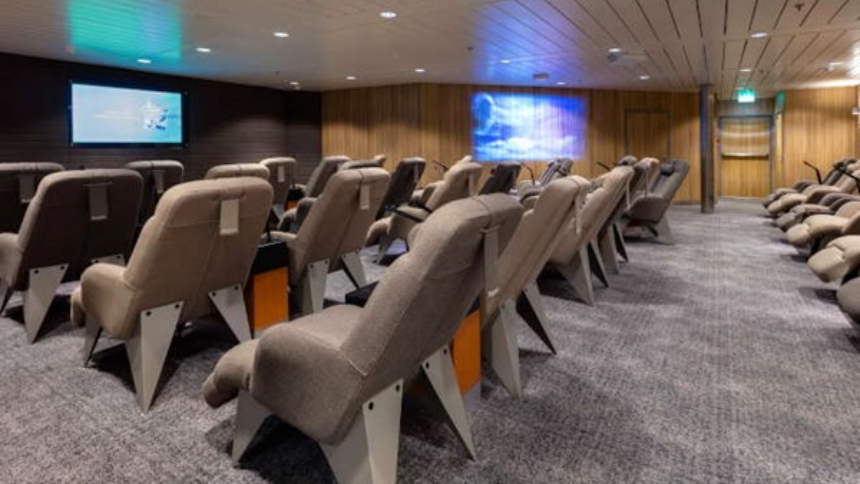 The interior spaces also feature a selection of lounges with reclining chairs and television screens, a casual dining restaurant, a coffee and snack kiosk, and a bar with a glass ceiling to provide passengers with a view of the nighttime sky during the vessel’s departures from Liverpool. Also included among the lounges is a premium space for guests aged eight years and over to guarantee a quiet, relaxed atmosphere.

The vessel can sail at speeds of up to 22 knots thanks to a pair of Caterpillar-MaK M34C main diesel engines with a total output of 25,200 kW. Deltamarin said the main engines may be modified in future to run on either LNG or methanol to further reduce emissions, though that will also mean a reduction in available space for freight to make way for gas-only fuel tanks.

Stena Embla began its operational sailings in January 2021 following a six-week delivery voyage from China. It has since replaced Stena Mersey, which served the Belfast–Birkenhead route for 10 years.