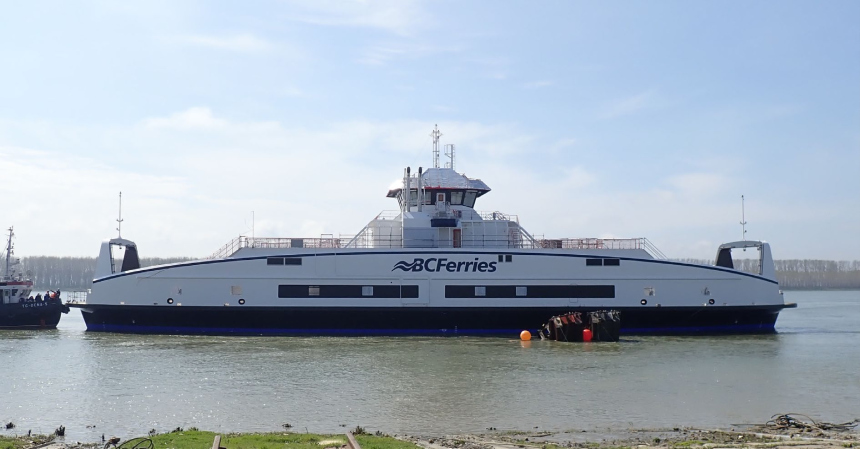 The yet unnamed vessel will have capacity for 47 vehicles and up to 400 passengers and crew. It will later join one of its sisters in serving BC Ferries’ Nanaimo Harbour – Gabriola Island route.

Work will continue on the new ship until scheduled sea trials in August. Following successful sea trials, the vessel will be delivered to Point Hope Maritime in Victoria in late 2021 for final preparations.

BC Ferries said that once electric charging facilities are installed at its terminals, the Island-class ferries will commence operating exclusively on battery power.