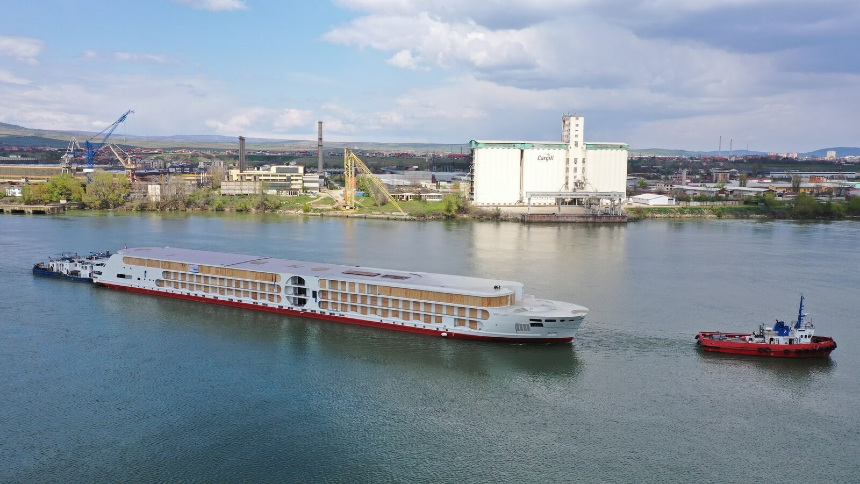 Concordia Damen has launched the hull of the latest addition to the fleet of Germany’s A-Rosa River Cruises.

In the next stage of the vessel’s construction, the hull will be transported by a heavy-lift vessel to Damen Shipyards Gorinchem in the Netherlands, where Concordia Damen will perform the outfitting.

Measuring 135 by 17.7 metres, the four-deck vessel will feature 140 cabins ranging from two-person cabins to family units, making it what Damen has claimed to be the largest vessel to be operating on the Rhine River in terms of passenger numbers. The majority of the cabins will have their own balconies and accommodation with separate living and sleeping areas available.

Other family-friendly features include a children’s play lounge and pool as well as a larger pool for all ages on the sun deck. The restaurant will also have a separate children’s eating area.

Other amenities include a sauna, a whirlpool, and treatment rooms.

The vessel will also be fitted for shore power. Further, the hull has been optimised for minimum resistance and all heat and excess energy will be recovered where possible.