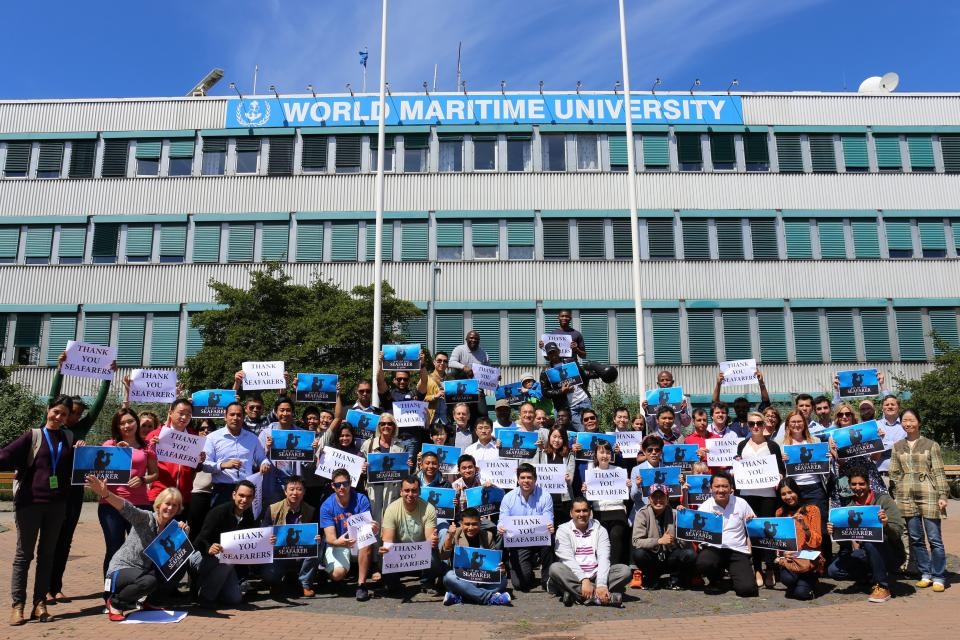 This is being written on the day being celebrated by the IMO as “the Day of the Seafarer”, which I suppose gives an opportunity to various maritime organisations to say how much they appreciate the work of those who earn their living on ships.

Outside the somewhat closed community of the maritime industry, the event will scarcely make a ripple on the great ocean of ignorance about what happens on the other side of the dock wall, let alone over the horizon.

Most people, outside certain parts of the Philippines, probably don’t know any seafarers, such has been their exclusion from mainstream life. They might meet some if they travel on cruise ships, but that great multitude of seafarers, who operate less exotic forms of marine transport, carry out their tasks quite invisibly.

I can’t remember a time when so many people and various bodies have been expressing concern about the “well-being” of seafarers, so perhaps this marks some form of recognition. This is driven by concerns about their health and mental stability, with attention being paid to the rate of suicide among the seafaring workforce.

Studies have been carried out, like the Mission to Seafarers’ “Happiness Index” which polled serving seafarers and discovered a decline in measurable levels compared with earlier surveys, citing stress, workloads and isolation. All sorts of useful “self-help” advice is being produced to enable the stressed, fatigued and isolated workers to cope with their lot in life.

Well, three cheers all round! It is good that there is a more concerned management at home, helpful that the unsatisfactory elements of a seafaring life are being recognised. But will all these reports and studies on seafarers’ mental health actually make any difference. Or will they merely be added to the growing anthology of data that tends to show that Jack (and Jill) is not so jolly as was once the case?

There have already been fears expressed that if you are hoping to attract lots of bright young people to the world of commercial shipping, it is best not to be constantly harping on about how miserable a life afloat might be. That may be a good point to make. But wouldn’t it be better if the industry, in the shape of the seafarers’ employers, in acknowledging the problems, set out a sensible strategy for addressing them? Something, perhaps more constructive than advocating “mindfulness” or yoga?

People complain about loneliness more than they did in the past, it is said. You could argue that even ashore, in an era of mass communication, people are citing their loneliness as a reason for their lack of happiness. You might equally argue that both ashore and afloat, people seem to voice their complaints more they did in a more phlegmatic age.

Or you might agree that lonely seafarers have a point, and maybe we should not be surprised, if they are a member of a tiny crew rattling around in big ship full of people who speak every language but their own. They might be lonely, because they work largely alone, only meet people at mealtimes and then only two or three people, whose command of language might be to acknowledge a request to “please pass the salt”, but not much else.

They might be lonely, because they have nobody to talk to, and not much else to do at the end of a watch but to sit in one’s cabin, watching a film on an electronic device. They might be stressed, because of somebody giving them a hard time on account of an instruction being misinterpreted because of the lack of a common language.

They might be fatigued because of the ferocious schedule of the ship, with lots of ports, everyone screaming for the ship to arrive and shouting when there is an unavoidable delay. They might be miserable because of the shocking relationship between ship and shore, with the latter just not comprehending the reality of life on that particular ship.

People often cite the length of tours aboard ship as a reason for unhappiness. It also cannot be much fun when the officers go home on leave at the end of a tour that is half as long as that of the ratings. There is no doubt also, in the minds of older seafarers, that accommodation standards have deteriorated over recent years, with shipping scratching around trying to stay profitable.

Then there is time in port, which was once a chance for a bit of shore leave and relaxation, but now is a time of added stress, with no shore leave, very short stays and everyone screaming for the stay to be further abbreviated.

It is no exaggeration to say that some seafarers actually dread their time in port, notably in those parts of the world where ships and their crews seem to be there to be exploited, tested and punished if they are found to be non-compliant in some way.

So, in addition to drinking a toast to seafarers on “their” day, maybe some of these very real problems could be looked at constructively. None are insoluble, given goodwill, better organisation and perhaps a modest increase in costs.