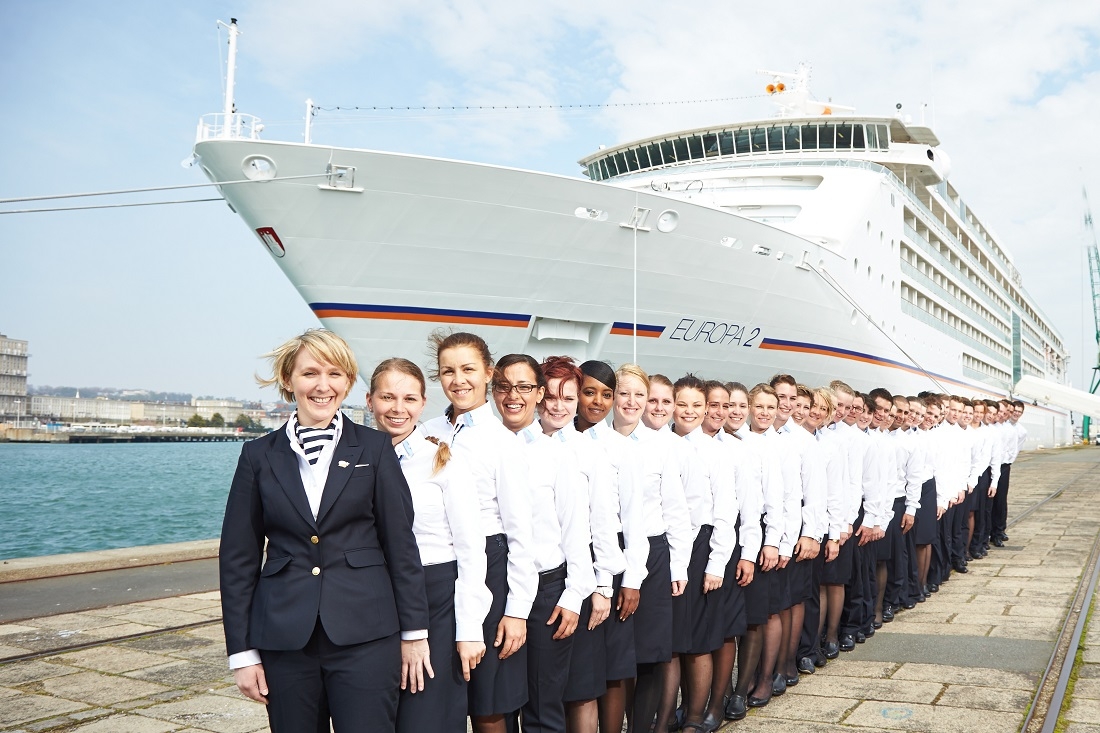 We are terribly hung up on the need for “diversity” these days, with every government department in most developed countries ramming its importance down our throats.

We are told that it is disgraceful that only a small percentage of the world’s biggest corporations have women on their boards and the most zealous protagonists demand quotas for everything from parliamentary candidates to managerial posts in industry and the senior civil service.

Mind you, all the bright young women in my family tell me that the idea of them getting a job to meet an employer’s diversity target would revolt them and I wouldn’t dare to contradict them.

The maritime industry is being regularly reminded of its shame and disgrace on account of its massive and traditional gender gap. Nothing new about that, perhaps – we are told that the “under-representation” of women in the industry’s workforce has barely changed for quarter of a century (which in reality means “forever”), despite regular complaints.

“It is not a life that suits everyone”

The International Maritime Organisation has announced that its theme for World Maritime Day 2019 is to be “Empowering Women in the Maritime Community”, presumably with the aim of addressing the industry’s gender imbalance. The organisation itself tries quite hard to encourage women, while it is notable that its World Maritime University in Malmo always has a reasonable number in its post-graduate programmes, which surely makes a difference.

The WMU itself will be pursuing the IMO theme with a two day conference on the empowerment of women in the industry in April and is inviting papers on the theme. I actually chaired one of these conferences some years ago and I have to say it was pretty inspiring stuff, with plenty of examples of women succeeding brilliantly in this so-called man’s maritime world.

So why is the rate of change so glacial? It is pointed out that in 1992 it was estimated that only one to two per cent of the seafaring workforce were women, while 23 years later the BIMCO/ISF manpower report (should we even use the word?) suggested that it was only one per cent. What can be done to even out this ridiculous imbalance? Is it that “stereotyping and discrimination against maritime women persist”, as suggested by the WMU?

But could it be that women in general are unimpressed by the prospects of a job afloat, with only a very small number showing the slightest interest in such a career? Those determined enough, I would suggest will succeed in their aims and there is a reasonable number of role models of women who command some of the biggest cruise ships, ferries and other vessels. But as with anyone who makes a living afloat these days, it is not a life that suits everyone, regardless of their gender.

At risk of being beaten up by the radical feminists who seem to be so easily affronted, men and women are very different and I cannot see why any sensible young woman would wish to go to sea in a modern tanker, bulk carrier or container ship. It may be a dangerous generalisation, but women seem to be “people” persons, with rather more social graces than their male counterparts.

What would be even remotely attractive about spending both a working day and time off-watch in a big ship with about twenty other people, almost none of which speak your native language and who, after a meal shared in silence with a handful of others, will disappear into their cabins to either sleep or seek entertainment on their devices? It would be enough to drive any sensitive or socially advanced man barmy, let alone a woman.

There are ships to which women more naturally gravitate – the cruise ship sector employs them in every department, and it is difficult to discern evidence of “stereotyping and discrimination” here.

It is difficult to travel aboard a ferry in North Europe today that will not have women in both officer ranks and ratings. It might be that these women, who will probably decide to leave the sea as do their male equivalents, will eventually feed into the shore side maritime infrastructure, assisted by their qualifications and experience.

But if there is to be any real change in the overall imbalance, it will very much depend on maritime employers making seafaring more pleasant and attractive an occupation and that of course will benefit both sexes.

It would help if the ludicrous notion that multi-national and multi-cultural manning is “normal” was robustly challenged. How can a ship’s company ever develop a social cohesiveness, let alone operational efficiency, if their only conversation is operational, accompanied by sign-language?

Sure, it is easier for the manning department to make up the numbers, but they don’t have to spend 24 hours a day in the company of people who can just about ask for the salt to be passed. Multi-national manning might be fine on a cruise ship with 1,500 employees, but why would any man, or woman for that matter, not be acutely lonely on a cargo ship manned in such a fashion?

The need to “empower” women sounds fine and is a grand topic as a theme for IMO’s big annual day, but it will not amount to anything unless the warp and weft of life at sea is modernised and changed to something more resembling life on land. But diversity, in an industry that struggles to survive will, I suggest, remain elusive.