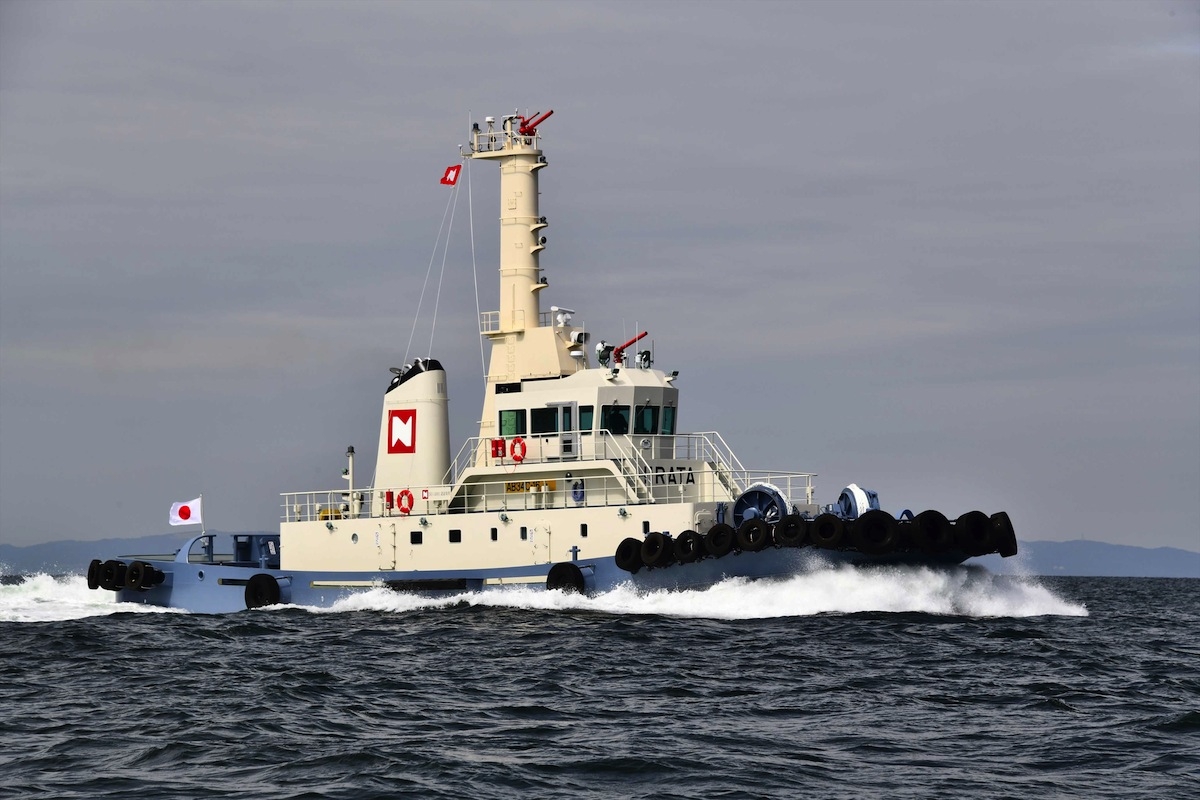 Also designed by Daizo, the vessel was constructed under survey to Japanese Government regulations and also features a coastal navigation notation. 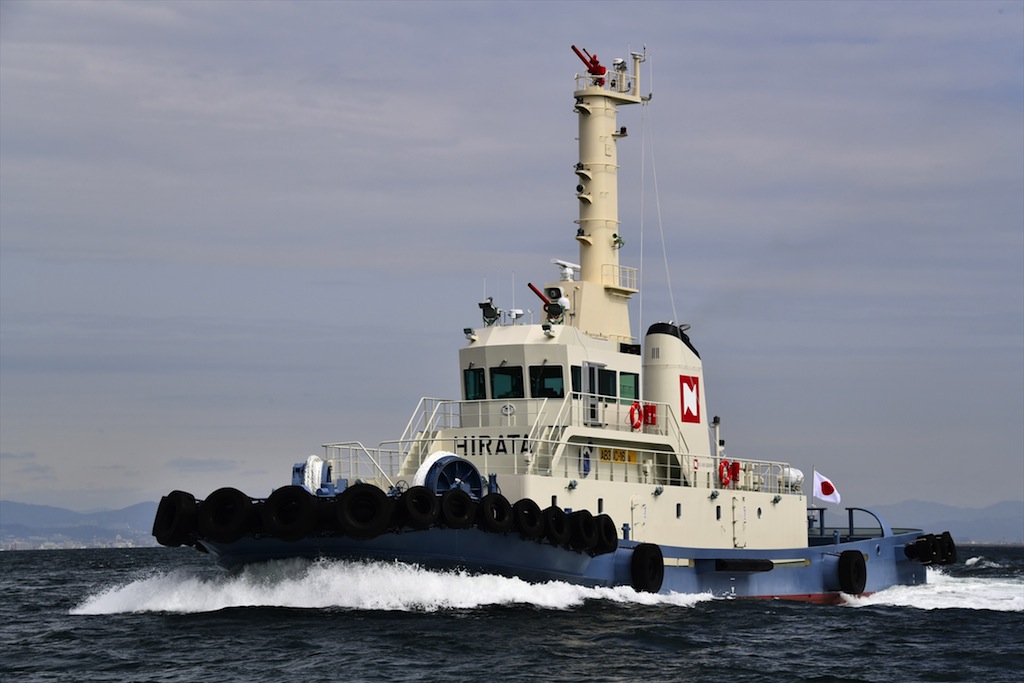 This propulsion system achieves a maximum speed of 15.2 knots and a bollard pull of 52 tones.

The vessel was designed for supporting assisting vessels to enter and leave Imabari Port, towing work in the coastal areas around Imabari, and acting as a fire-fighting asset for the port, including chemical fires. 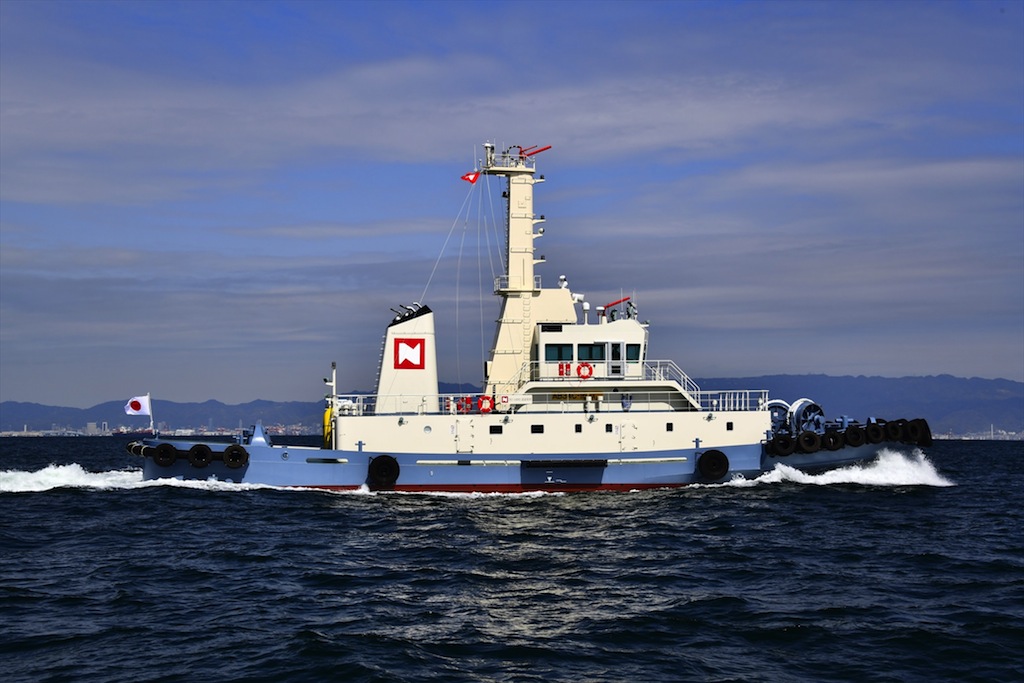 Hirata Maru is equipped with two types of Kashiwa water cannon for fire-fighting duties. The first, with 3,000 litres per minute capacity, is the extending type equipped on the top of the mast. It is able to be extended up to 7.5 metres higher than the top of the mast and its firing range is 100 metres.

The other, with matching capacity, is a fixed type equipped on the top of the wheelhouse. A water curtain system is also equipped for self-protection against out-of-control fires. 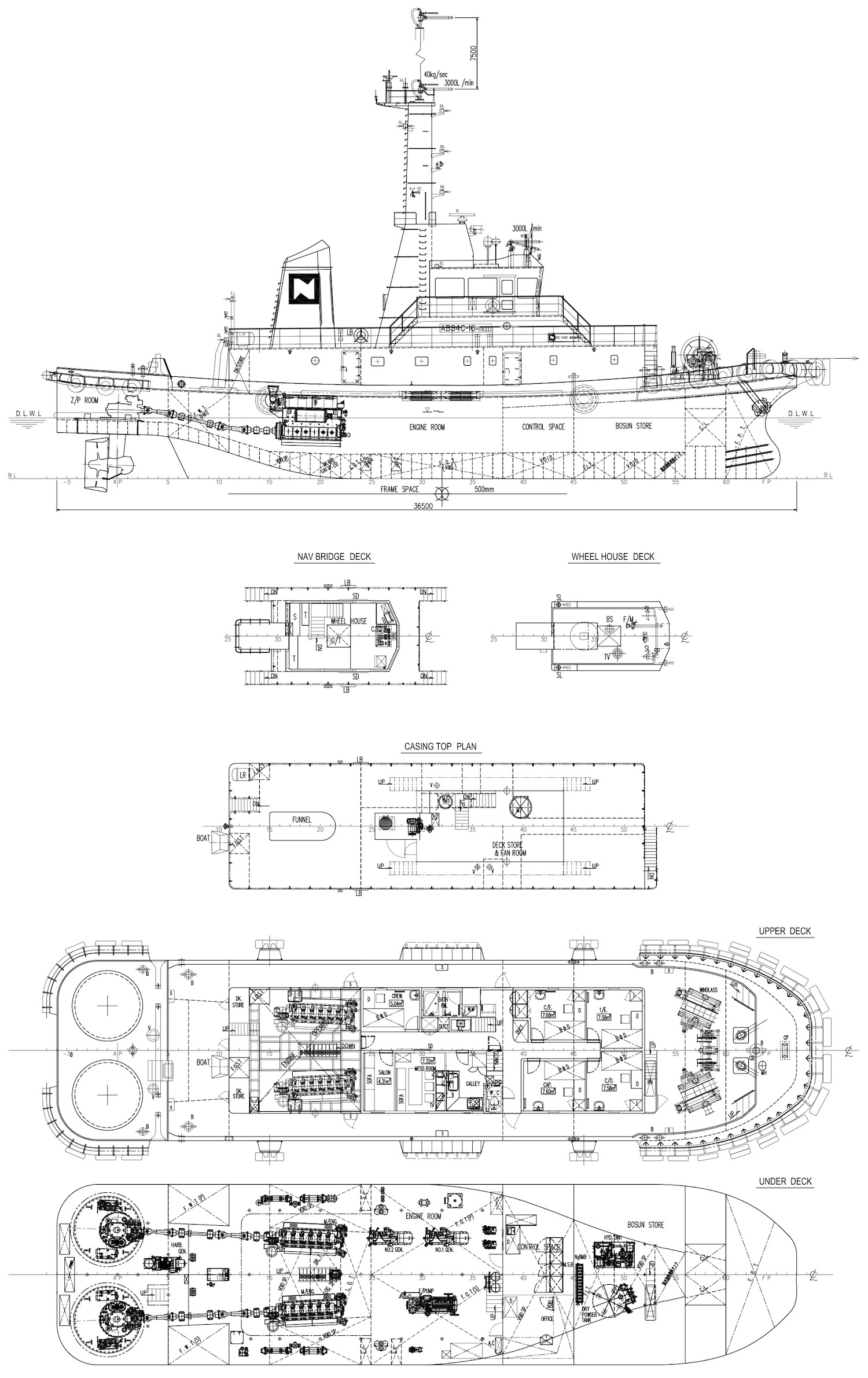