Written by Baird Maritime on February 23, 2018. Posted in Harbour Tugs and Operation. 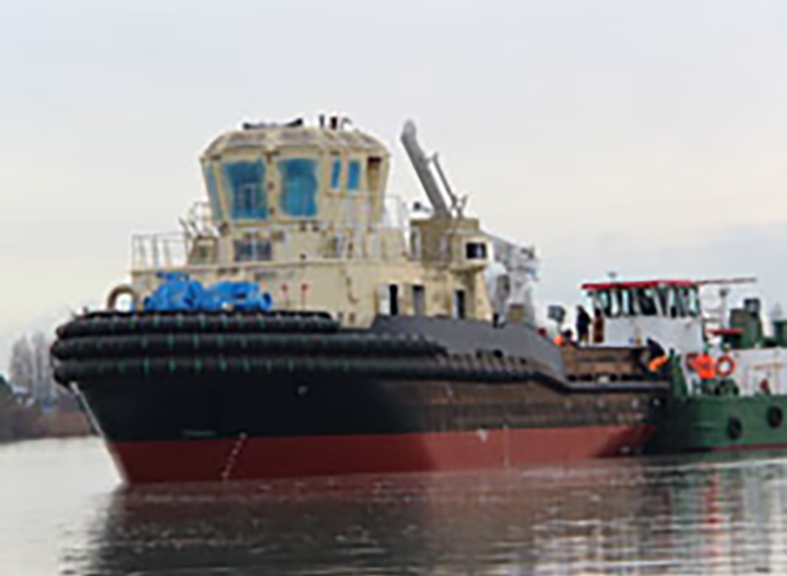 Cantiera Navale Vittoria Shipyard is finalising the construction of a harbour tug before its delivery in April to Algeria’s Skikda Harbour Authority.

The December launch of the C869 tug marked the return of tug newbuilding to the Italian firm’s Adria facility.

This 26-metre by 10-metre azimuth stern drive tug will be used for towage and escort activities along the North African coast and in the port.

It was ordered by the Algerian Ministry of Transport in December 2016 and is classed by Bureau Veritas.

Powered by two 1326kW diesel engines at an operating speed of 12 knots, it has a full load displacement of 500 tonnes and 30-tonne bollard pull capacity.