Written by Baird Maritime on December 15, 2017. Posted in Harbour Tugs and Operation. 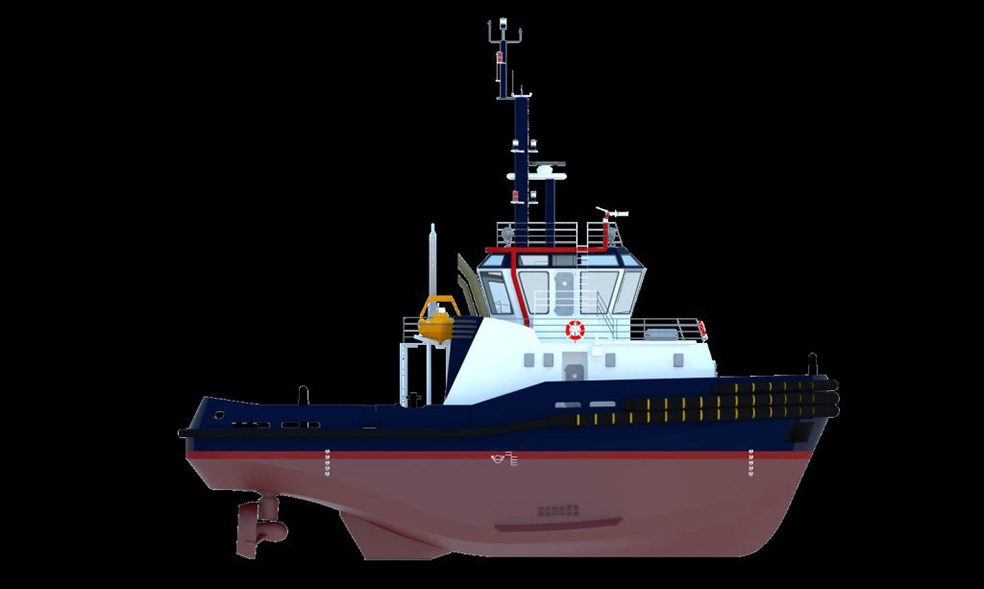 A harbour tug built for Algeria’s Skikda Harbour Authority has been launched at Vittoria’s Adria shipyard in Italy.

To be used for towage and escort activities along the North African coast and in the port of Skikda, the 26-metre azimuth stern drive tug was ordered by the Algerian Ministry of Transport in December 2016 and classed by Bureau Veritas.

The C869 tug has a full load displacement of 500 tonnes and bollard pull capacity of 30 tonnes. Operating at speeds up to 12 knots, it has a pair of azimuthing thrusters that are driven by two medium-speed diesel engines.

It can be used for port and coastal towing services, assistance and emergency response operations in extreme conditions, and push and pull operations.

It is scheduled to be delivered in April.