Written by Baird Maritime on August 10, 2017. Posted in Harbour Tugs and Operation. 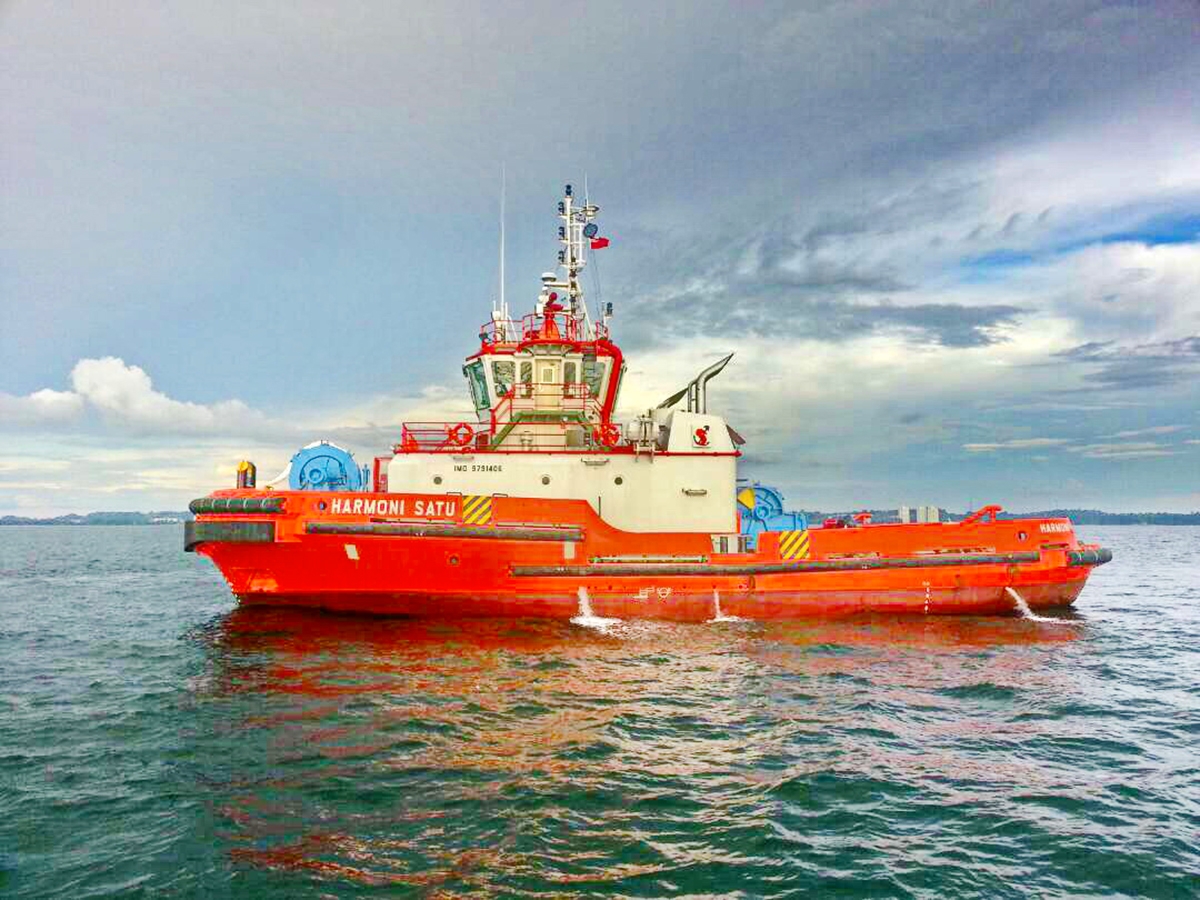 Sealink Marine Shipyards has recently launched an azimuthing stern drive (ASD) from its facility in Miri, Sarawak, Malaysia. The 32 by 11.8-metre tug has a 5.2-metre moulded depth.

Power for this capable vessel derives from a pair of Cummins QSK60M diesels each generating 1,700kW at 1,900rpm. These turn 2.4-metre controllable pitch propellers on Rolls Royce azimuthing drive units.

The one-man operation bridge has a 360-degree view along with extensive electronic navigation and communications equipment. Accommodation for up to eight crewmembers is provided in two one-person and three two-person cabins. All accommodations are centrally air-conditioned.