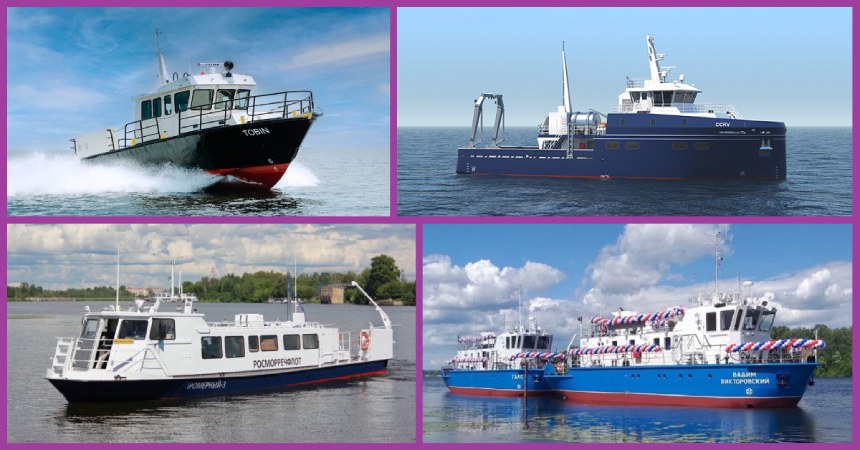 New inland survey boats have been delivered in Russia and the United States while construction is nearly complete on another vessel for the same operator in Russia. A design firm has been chosen for work on a new multidisciplinary research vessel optimised for operation along the California coast.

Large survey boat handed over to US Army Corps of Engineers

Alabama-based Silver Ships recently handed over a new hydrograpic survey vessel to the US Army Corps of Engineers (USACE).

The 49-foot (14.9-metre) Tobin was custom-designed to map the mouth of the Mississippi River geographically. Silver Ships said the missions-specific boat will allow researchers to accurately and effectively obtain and document data on the rapid changing waters in the Mississippi River.

Power is provided by two Caterpillar C18 engines. The onboard equipment includes an echosounder.

Tobin will operate alongside the USACE’s other river survey vessels based at Venice, Louisiana.

Gals and Vadim Viktorovsky were built in fulfillment of an order by the Russian Ministry of Transport. Both belong to the eight-strong Project RDB 66.62 series of vessels.

The two newbuilds will be operated in both inland and port waters.

A new survey vessel was recently launched at the facilities of Russia’s Kostroma Shipbuilding Plant.

Promernyy-3 was ordered by local operator Rechvodput. The vessel is nearing completion and is scheduled for delivery in the coming weeks.

A total of 11 vessels from the same series will be delivered to Rosmorrechflot until 2023. All were designed by Gorky Central Design Bureau.

Promernyy-3 will be capable of underwater 3D scanning in support of dredging projects carried out within the jurisdiction of Rosmorrechflot, Russia’s federal sea and inland water transport agency.

The new vessel will be powered by hydrogen-hybrid propulsion system and will be operated along California’s coastal waters. Glosten will provide the preliminary design, contract design, and detailed design for the vessel.