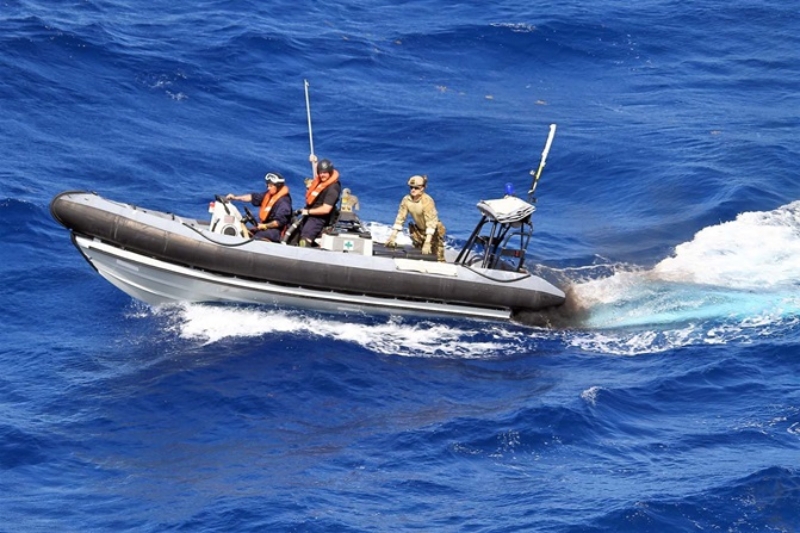 The ship recovered 100 kilograms of cocaine dumped in the Caribbean as drug-runners abandoned their illegal cargo and fled from authorities.

This follows an earlier seizure in February wherein the ship came across 22 kilograms of marijuana left floating in a bale on the water.

This recent haul followed a tip off from an American patrol aircraft which reported seeing the crew of the boat suspiciously dumping their payload, which the Royal Navy says is a typical practice by traffickers when they are sighted by authorities.

Mounts Bay had an MH-65 Dolphin helicopter from the US Coast Guard (USCG) Helicopter Interdiction Tactical Squadron and a counter-narcotics team from the USCG Law Enforcement Detachment (LEDET) on board for drug patrols.

The helicopter immediately launched and located the jetsam as Mounts Bay closed in on the position. Once on scene, the ship launched a small boat in choppy weather and its crew hauled the still floating bales out of the water.

Tests conducted aboard Mounts Bay confirmed the sacks contained cocaine, which was later handed over to the USCG for destruction.