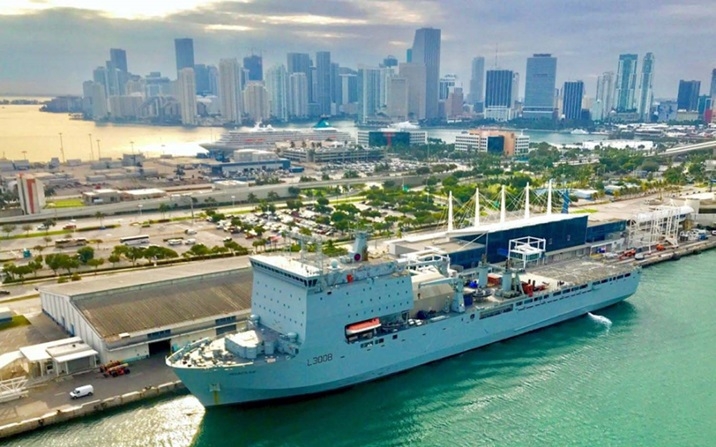 The Royal Fleet Auxiliary (RFA) landing ship dock RFA Mounts Bay has been deployed to the Caribbean to assist the US Coast Guard (USCG) in preventing illegal drugs from South and Central America from reaching North America and the rest of the world.

The vessel has embarked a USCG Law Enforcement Detachment (LEDET) of counter-narcotics personnel which will conduct the actual visit, board, search, and seizure (VBSS) operations via small boat. An SH-65 Dolphin helicopter from the USCG’s Helicopter Interdiction Tactical Squadron (HITRON) is also embarked on the RFA ship.

Mounts Bay will patrol the waters around the Dutch territory of Curacao during this deployment.