Commissioned into service as ARA Piedrabuena shortly after its formal hand-over, the vessel is the first newbuild Kership-class OPV in Argentine service. The 2011-built Kership-class lead ship ARA Bouchard, which was commissioned into the Argentine Navy in 2019, had originally served with the French Navy under the name L’Adroit.

Named in honour of famed nineteenth century Patagonian naval officer Luis Piedrabuena, the vessel belongs to the Kership-class, which was originally a variant of the Gowind-class corvettes developed by Naval Group. Unlike the standard Gowind-class vessels, the Kership-class OPVs are lightly armoured and lack guided missile armament – being primarily intended for home security, customs, and fisheries enforcement patrols rather than ship-to-ship combat, long-range precision strikes, convoy escort, and other more demanding surface warfare missions – while retaining the same overall design and dimensions of the original class.

Piedrabuena has a length of 87 metres, a beam of 11 metres, and a draught of 3.3 metres. A combined diesel and diesel (CODAD) arrangement consisting of two Anglo Belgian Corporation 16DZC diesel engines that each produce 5,600 kW at 1,000 rpm propels the ship to speeds of up to 21 knots. A cruising speed of 12 knots will enable the ship to sail for up to 14,800 kilometres in between refuelings, or spend up to 30 days out at sea. 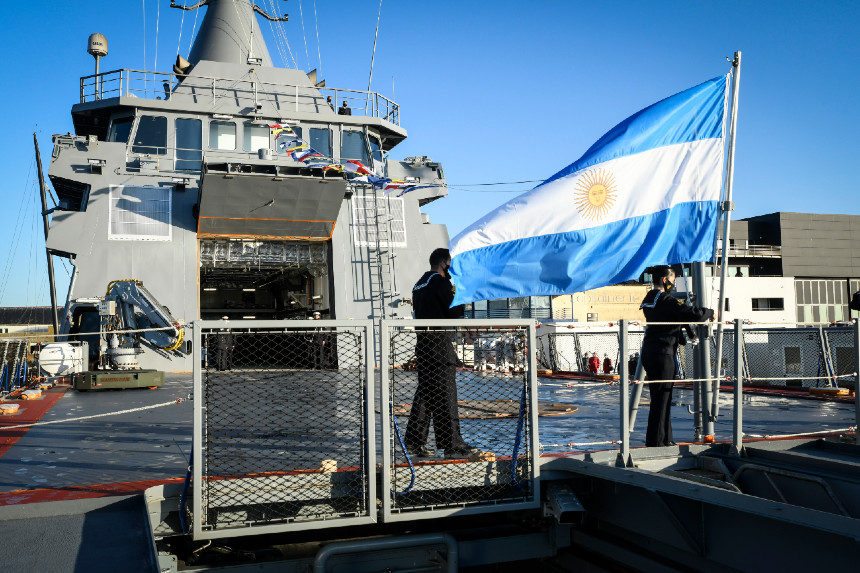 The OPV is fitted with an active stabilisation system, a bow thruster, a bridge that offers 360-degree visibility, a flight deck with hangar that can accommodate a five-tonne helicopter or an unmanned aerial vehicle (UAV) of equal or lower displacement, and twin stern ramps for launching and recovering two nine-metre rigid hull inflatable boats (RHIBs) laden with special operations troops.

Naval Group placed the radars and other sensors on the ship’s prominent central mast to ensure a full coverage of 360 degrees. This will result in an improvement in its capability to detect potential threats.

The vessel has accommodations for 40 crewmembers and up to 20 other personnel. Armament includes a Leonardo 30-millimetre naval gun and two 12.7-millimetre machine guns. For additional protection, the vessel features a decoy launching system from Lacroix Defense and Security.

The OPV is also ice-capable, making it suitable for operation in Antarctic waters as well.

Naval Group said the final two Kership-class OPVs for Argentina, the future ARA Almirante Storni and ARA Bartolome Cordero, will be delivered by 2022 at a rate of one ship every six months. 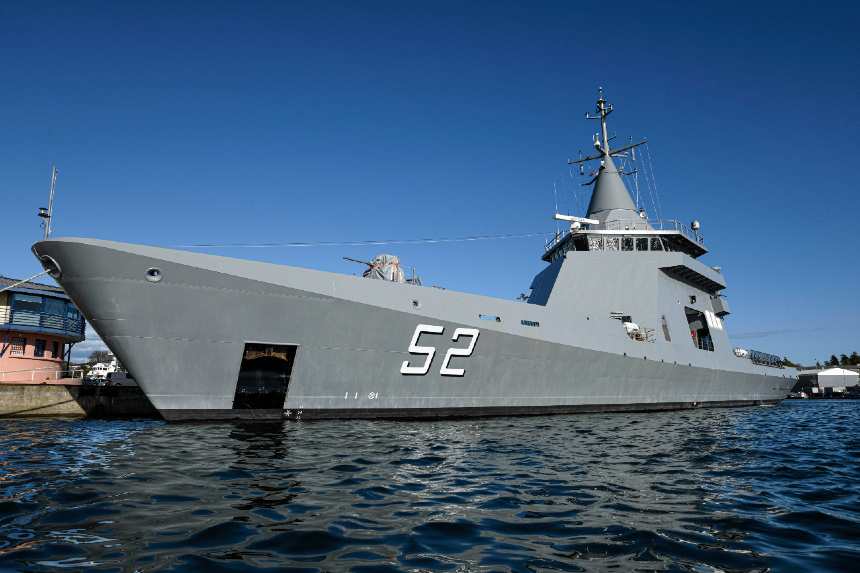