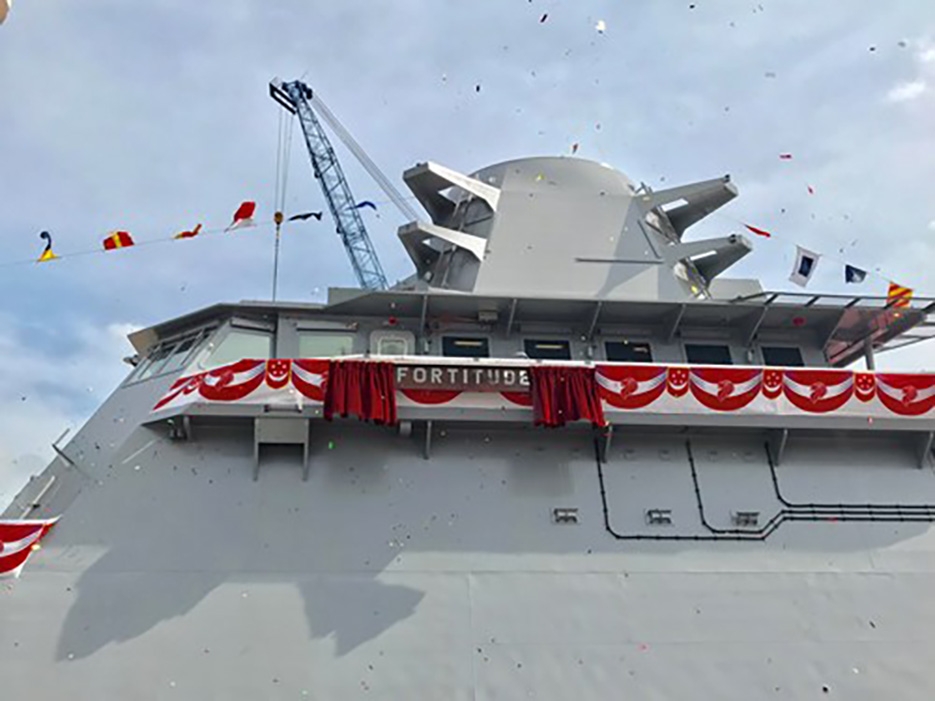 Fortitude is part of an eight-vessel LMV program started in 2013 and is slated to replace the RSN’s fleet of Fearless-class patrol vessels.

ST Marine said the 80-metre LMVs displace 1,250 tonnes and are 2.5 times larger, and possess better sea-keeping capabilities than their predecessors.

The fifth vessel, Indomitable, was launched in 2017.

The keel was laid for the seventh LMV last year and a steel-cutting ceremony was also held for the eighth LMV.

All eight LMVs will be delivered by 2020.