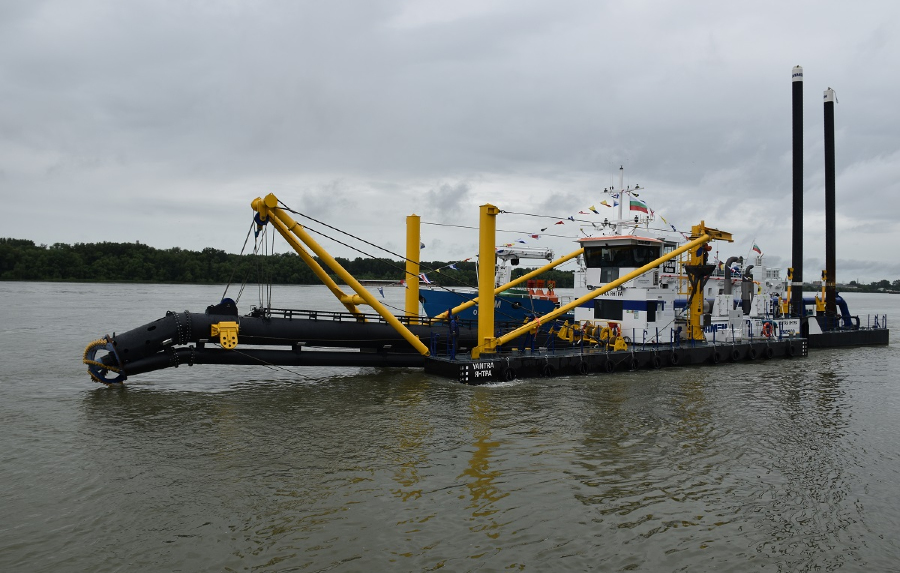 The Executive Agency for Exploration and Maintenance of the Danube River (EAEMDR), formerly the Danube Hydrographical Service of the Bulgarian government, has expanded its fleet of river maintenance vessels with the recent acquisition of a new cutter suction dredger (CSD) from Damen Shipyards Group of the Netherlands.

Fully customised and boasting a modular construction to allow for the convenient transport of all its components by road, rail or sea, Yantra – named after a tributary of the Danube in northern Bulgaria – has a length of 38 metres, a beam of two metres, a draught of 1.05 metres, a displacement of 140 tonnes, and a total installed power of 1,293 kW.

The Bureau Veritas-classed vessel was chosen to work alongside the EAEMDR’s other vessels in maintaining the three metres navigable depth of the stretch of the Danube that passes through Bulgaria. This is especially important during the dry summer months, when inland shipping would otherwise experience difficulty sailing along the famed river to transport goods to and from neighbouring Romania.

Damen’s CSD design was selected by the EAEMDR in July 2020 following the conclusion of a European competitive tender process that had also included three other bidders. To fully satisfy the agency’s requirements, the vessel has been fitted out with custom features including anchor booms, a spud carriage system, a deck crane, an accommodation unit, and a navigation package among others. 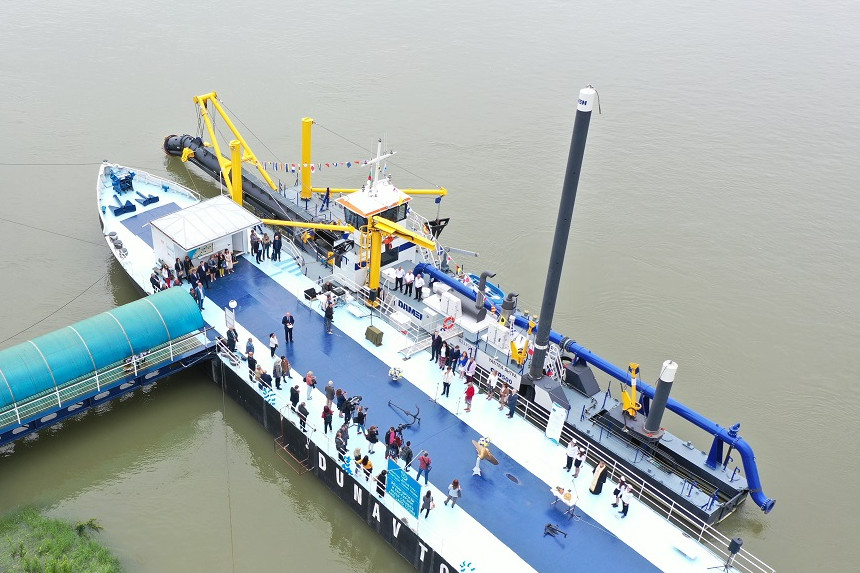 The main dredging equipment includes a 1,625-millimetre cutter head, a dredge pump, and 500-millimetre suction and discharge pipes that can ensure an hourly material production of 4,000 cubic metres. The maximum dredging depth is rated at 14 metres.

Power for the dredge pump is supplied by a Caterpillar 3512C diesel engine with a rated output of 954 kW at 1,600 rpm and a fuel oil tank with capacity for 22,000 litres. A Caterpillar C12 diesel has also been included to function as an auxiliary engine.

The dredger’s spacious control cabin is fully air-conditioned and has been ergonomically designed to enable easy operation.

Construction of Yantra took place at Damen Shipyards Gorinchem in the Netherlands under a contract valued at approximately €3.1 million (US$3.63 million). In fulfilment of the terms of the tender, the dredger was delivered within 10 months of contract signing. It was transported, reassembled, and christened earlier this month, and is now ready to begin working for the EAEMDR on the Danube.