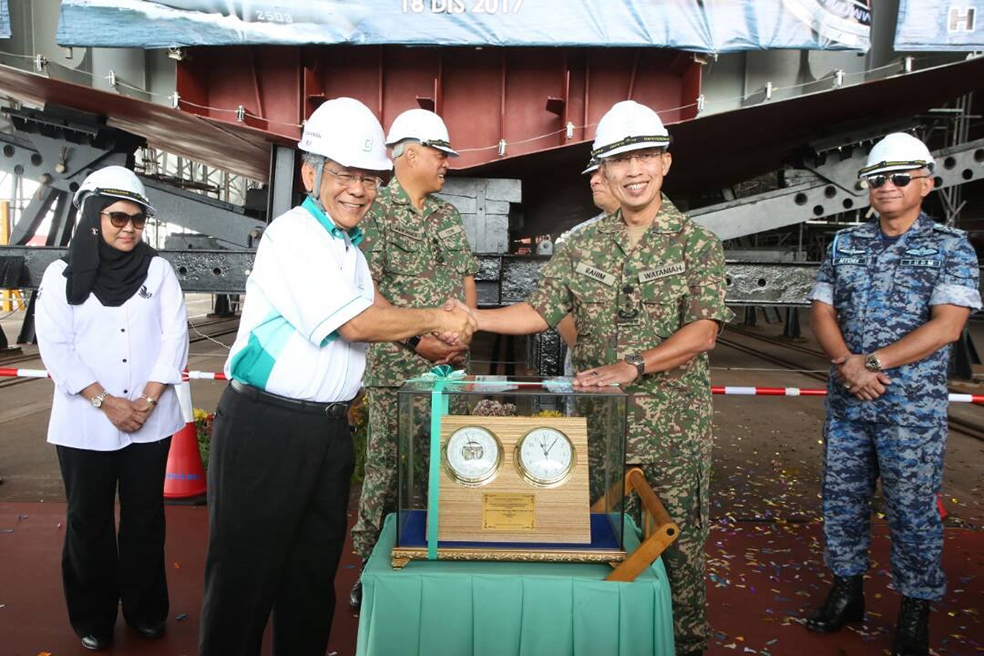 The vessel is named KRI Raja Mahadi and will bear pennant number 2503.

One of six second-generation patrol vessels being built by the Malaysian shipbuilder under a July 2014 contract, the frigates were designed by French DCNS (now Naval Group) as a modified version of its Gowind corvette design.

At 111 metres in length, the frigates displace more than 3,000 tonnes and have a complement of 18 officers and 100 sailors.

KRI Raja Mahadi will be built under a modular concept in which several fabricated sections will be joined together to form a complete ship hull.