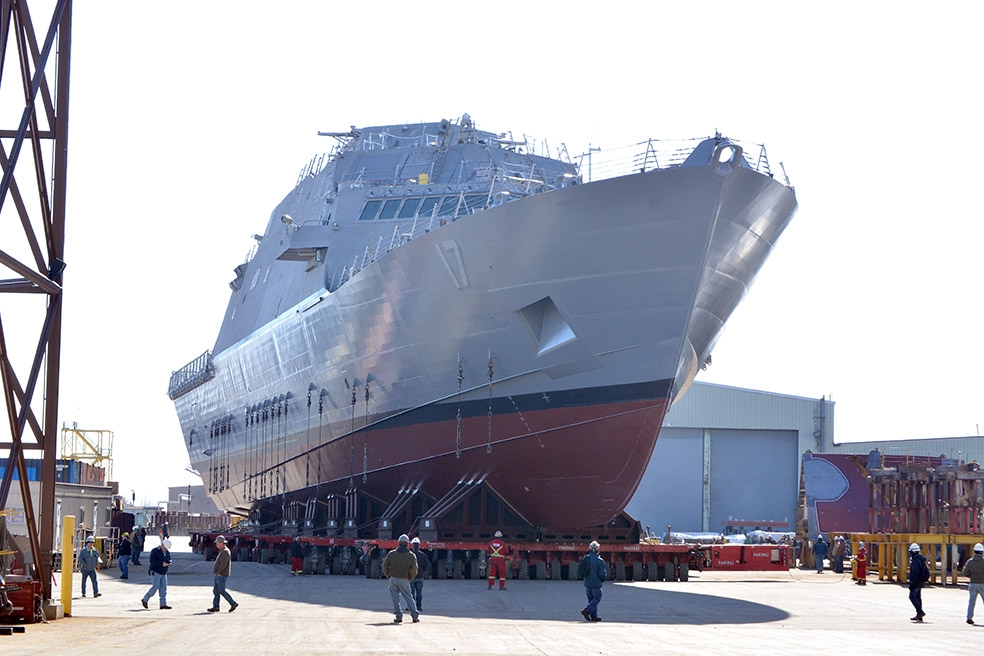 The future USS Indianapolis, which is designated LCS-17, is the fourth ship to carry the name of Indiana’s capital city.

A fast, focused-mission platform designed for operation in near-shore environments yet capable of open-ocean operation, she is designed to defeat asymmetric “anti-access” threats such as mines, quiet diesel submarines and fast surface craft.

LCS is a modular, reconfigurable ship designed to meet validated fleet requirements for surface warfare, anti-submarine warfare and mine countermeasures (MCM) missions in the littoral region.

The Independence variant LCS team is led by Austal USA.