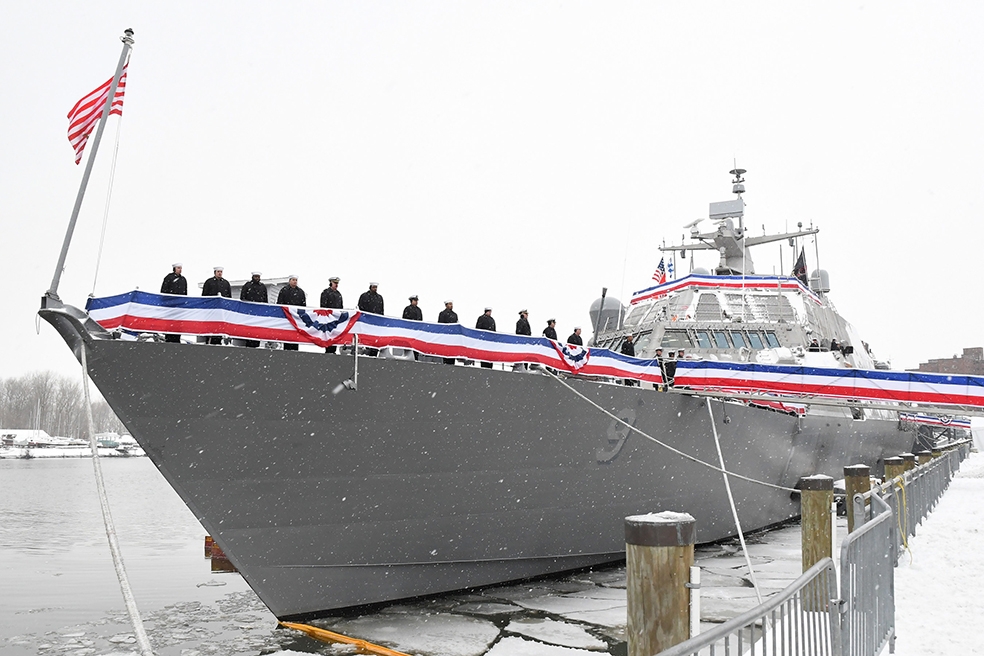 The US Navy’s fifth Freedom-variant littoral combat ship (LCS) USS Little Rock has been commissioned after a Buffalo River ceremony.

The LCS class, which collectively have sailed more than 250,000 nautical miles, consists of the Freedom variant and Independence variant.

Twenty-nine LCS ships have been awarded to date: 11 have been delivered to the navy, five are in various stages of construction, and three are in pre-production states.

Little Rock is the second warship named after the Arkansas state capital and was commissioned alongside the first USS Little Rock (CLG 4). The Galveston-class guided missile cruiser serves as a museum at the Buffalo and Erie County Naval and Military Park.