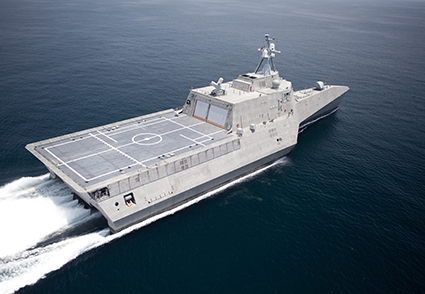 Austal has been awarded a contract to build another Independence-class littoral combat ship (LCS) for the US Navy.

The 127-metre, frigate-sized LCS30 will be the 15th LCS constructed at Austal’s US shipyard in Mobile.

The exact value of the contract is confidential, but it is under the US congressional cost cap of US$584 million per ship.

Austal CEO David Singleton said the LCS would be built at Alabama but certain subsystems will be made at Austal’s Henderson facility in Western Australia.

Orders for the Independence-class LCS have been worth more than US$6.2 billion.