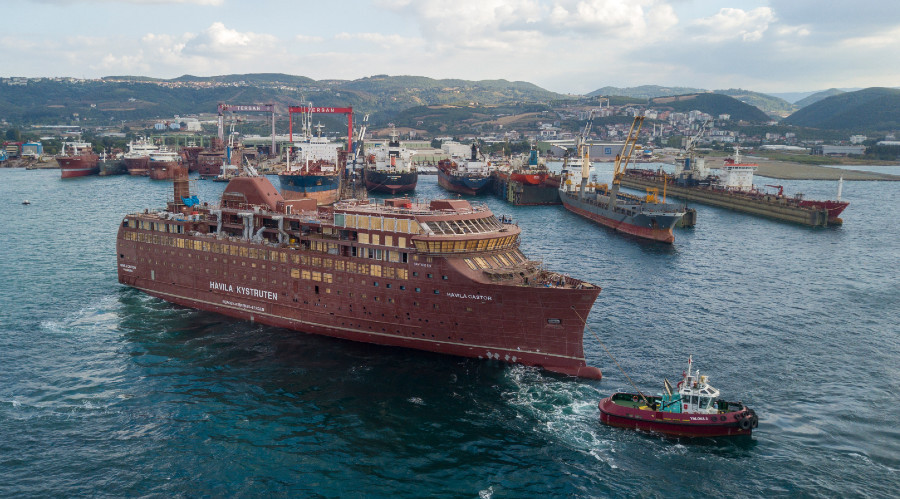 The passenger vessel sector is endlessly interesting. The everlasting quest for improvements in safety, economy, environmental friendliness and other factors has inspired enormous innovation from many of the world’s best naval architects and shi builders goaded by their market and commercially sensitive owners.

As they are required almost everywhere on the 70-plus per cent of our planet that is covered by water, passenger vessels are a truly global industry. This week, for example, on Baird Maritime, we review and describe a fast French FRP catamaran water taxi for Monaco, a large, fast Australian-designed, Philippines-built Ro-Pax catamaran for Scandinavian operations, two Australian-designed, Chinese-built Ro-Pax catamarans for a well-respected Filipino owner, a restaurant barge for Florida, a fast, smart whale-watching catamaran for an experienced New Zealand operator from a compatriot designer and yard, and, finally, a Russian-designed and Azerbaijan-built steel-hulled train and vehicle Ro-Pax ferry for operations on the Caspian Sea from Baku. Not a bad presentation!

Increasingly, safety is coming to the fore in terms of design, building and operational requirements. For instance, there are no monohull Ro-Pax ferries fitted with bow doors reviewed here. Thankfully, monohull ferries with bow doors appear to be a dying breed. Two of the Filipino FastCat ferries have them but they are catamarans, which do not present a safety problem.

Indeed, all but two of the vessels reviewed are catamarans. That, in itself, shows a welcome trend towards safer vessels. Two multiple-compartmented hulls joined by a buoyant bridge deck are hard to beat in the sense of safety and survivability.

Economy, as well as its concomitant environmental sensitivity, is also an obviously important factor in the design and construction of the vessels that will be reviewed here this week. Lightweight, carefully shaped hulls and very efficient engines and propulsion systems are a given with the catamaran ferries presented here. One is even hydrofoil-assisted to reduce fuel consumption still further and all but one are designed to operate at relatively modest speeds. Wake/wash is increasingly carefully considered at the design stage of modern, particularly catamaran, ferries.

There are many ideas and much inspiration to be gained by operators in all vessel sectors from what is happening with passenger vessels. It is really the only sector that deals directly with consumers so, it is the most visible sector by far. It has to be constantly conscious of that and be able to react quickly to changing political and social trends.

FEATURE | The ROBOSHIP project: a new autonomous navigation system under development in Japan


– “The system, which was tested on a catamaran tour boat owned by local operator Tokyo Cruise Ship Company, has been designed to perform functions including route planning, course control, speed control, and collision avoidance.”

“Shipbuilder Metallica Marine Consultancy, Aklan State University, and local regulatory body Maritime Industry Authority are working on a hybrid trimaran vessel that they expect will later see full operational use as a Ro-Pax ferry on routes in the Western Visayas and other nearby regions.”

Any news or views about the global maritime tourism, ferry and cruise industries? Send it through to [email protected] ASAP (between now and June 4), so we can add it to this current edition of Passenger Vessel Week!