The all-steel Azerbaijan was built for ASCO by Baku Shipyard (BSY) to a design developed by Russia’s Marine Engineering Bureau (MEB) in compliance to Russian Maritime Register of Shipping (KM) class rules.

“The vessel and its sister, which is under construction, will be among the largest train-car-passenger ferries in operation in the Caspian Sea region,” MEB told Baird Maritime. “Also, these will be the first two Caspian Sea ferries that are purpose-built to transport passengers, road vehicles, railroad cars, and dangerous goods simultaneously. All other vessels in this region that can also transport dangerous goods are either rail ferries with no space for passengers or passenger ships with no provisions for trains.” 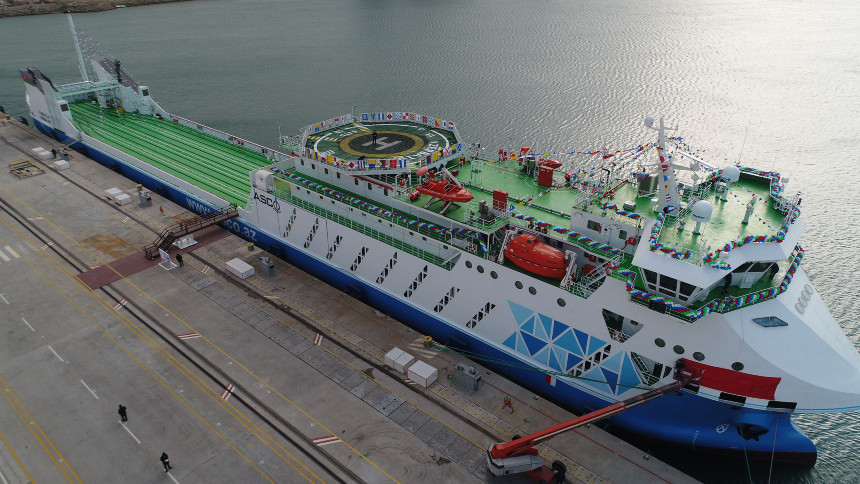 The designer added that the ferry and its sister were developed in fulfilment of ACSC’s requirement for the largest possible vessels capable of operating between the Azerbaijani capital of Baku and the cities of Aktau in Kazakhstan and Turkmenbashi in Turkmenistan. Besides transporting passengers, rail freight, and dangerous goods such as oil and oil products, the new ferries were also intended to accommodate other types of cargo including food, agricultural products, and construction materials.

Lastly, the acquisition of the vessels is meant to modernise Azerbaijan’s fleet of oceangoing ferries, many of which are already over 20 years old.

As regards freight, the vessel can transport a maximum of 56 railway wagons with track widths of 1,520 mm each as well as 50 lorries with trailers. All freight is located on the aft below deck with loading and unloading performed using a side ramp door while the dangerous cargo will be placed on the vessel’s open upper deck to facilitate accelerated loading and unloading in compliance to the International Maritime Dangerous Goods Code and Azerbaijan’s national Maritime Dangerous Goods Transportation Regulation. 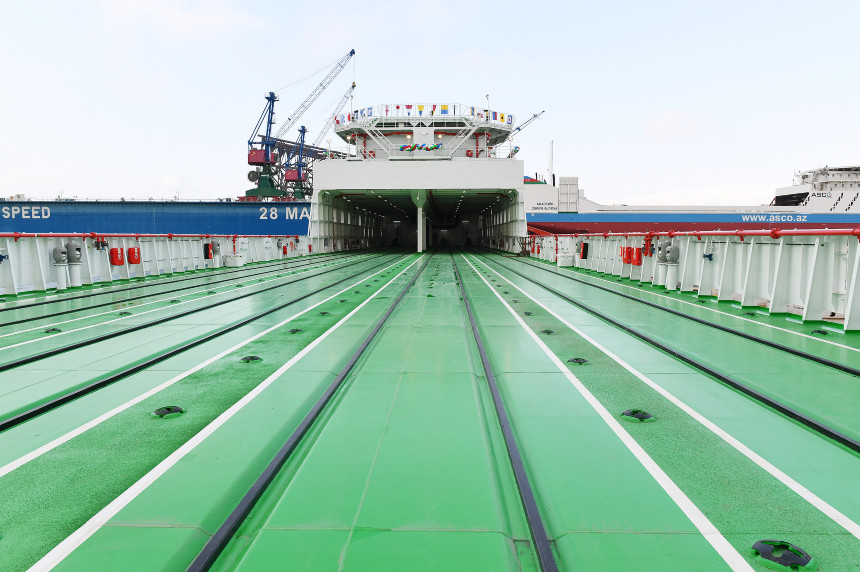 Early on in the vessel’s development, the builder and the designer realised that an open upper deck was necessary not simply because of regulatory requirements, but also because of an incident that occurred in recent memory.

“In 2002,” commented MEB, “Mercury II, a ferry with a closed deck, capsized and sank in bad weather in these waters, partly due to the placement of rail wagons and oil cargo on the same deck. One person died in that tragedy.”

The hold where the wagons will be placed has a height of 5.4 metres whereas other existing rail ferries in the Caspian region have hold heights of only five metres. Also, access between the cargo decks is via a lift with a length of 25 metres and capacity for 188 tonnes. Loading of passengers and cargo is to be done simultaneously in compliance to regulations covering transport of dangerous goods.

A helicopter deck has also been fitted to allow at-sea limited personnel transfers.

The overall longitudinal strength of the hull also allows two wagons to be loaded or unloaded simultaneously, significantly reducing the time needed for cargo operations. 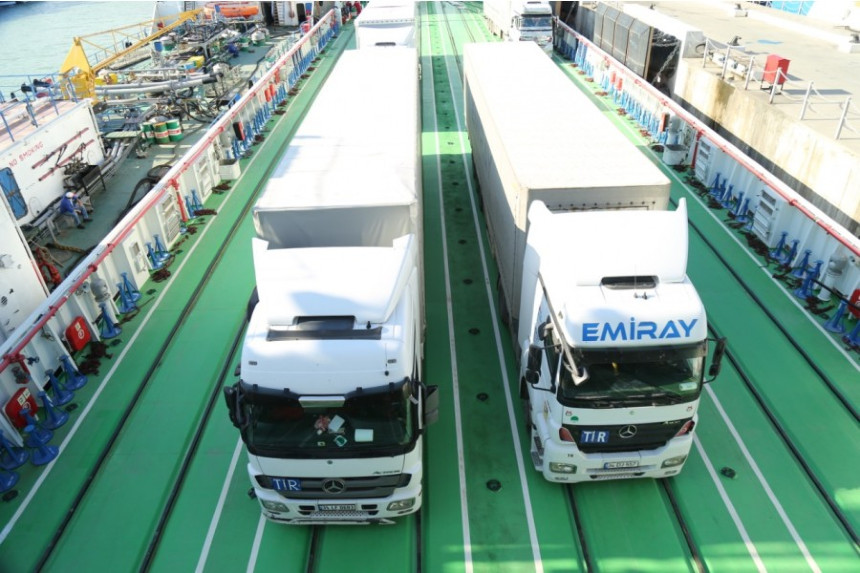 MEB added that, even with the vessel’s dimensions, considerable effort was exerted to ensure its suitability for sailing conditions in the Caspian Sea.

“CFD modelling was executed to optimise hull form. The ferry therefore has a bulbous fore end and transom aft end as well as excess freeboard. Meanwhile, finite element method (FEM) analysis was widely used in the design of the cargo spaces.”

Power is provided by two 2,600kW main engines driving fixed-pitch propellers to deliver a maximum speed of 16 knots and a range of 2,500 nautical miles at a cruising speed of 14 knots. Auxiliary engines have been fitted as well.

“The arrangement of the main and auxiliary engines was done symmetrically,” MEB told Baird Maritime. “In case of fire and/or flooding, the incident can be contained in one side of the ship, allowing all the propulsion machinery in the opposite compartment to remain operable. Sufficient propulsion power is therefore available to enable the vessel to head to the nearest port unassisted.”

The designer added that sea trials have validated the design approaches that were taken, and this has inspired the project team to consider offering this ferry series to international customers as well. 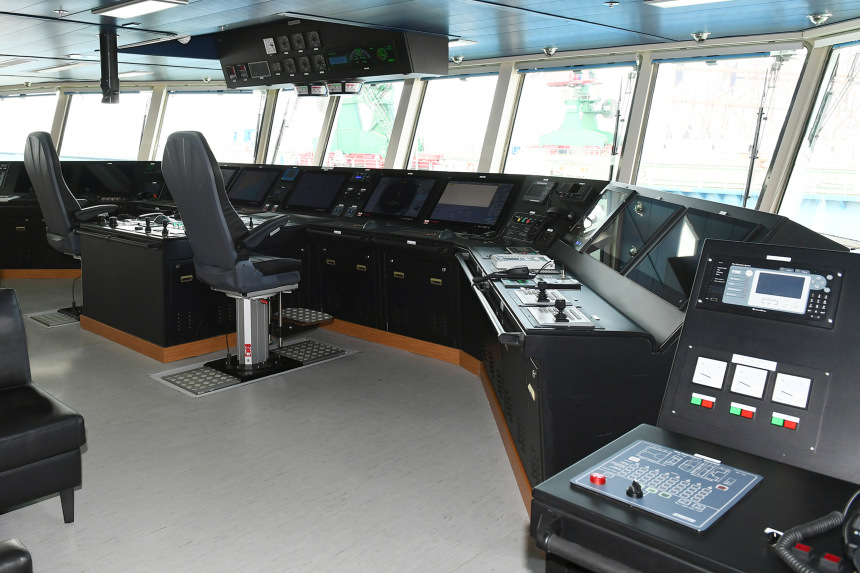 To help streamline monitoring and control of the vessel’s comprehensive electronics suite, an integrated automation system (IAS) is installed.

The ferry also has what MEB has called a safety centre. This part of the ship will be not be manned during regular sailings but will serve as a backup control area for the bridge in the event of emergencies, hence the incorporation of secondary steering controls and associated electronics. There is also internal communication between this centre and the bridge, the engineering spaces, firefighting and damage control, and all other areas of the vessel that require manual control to sustain operation of essential systems. 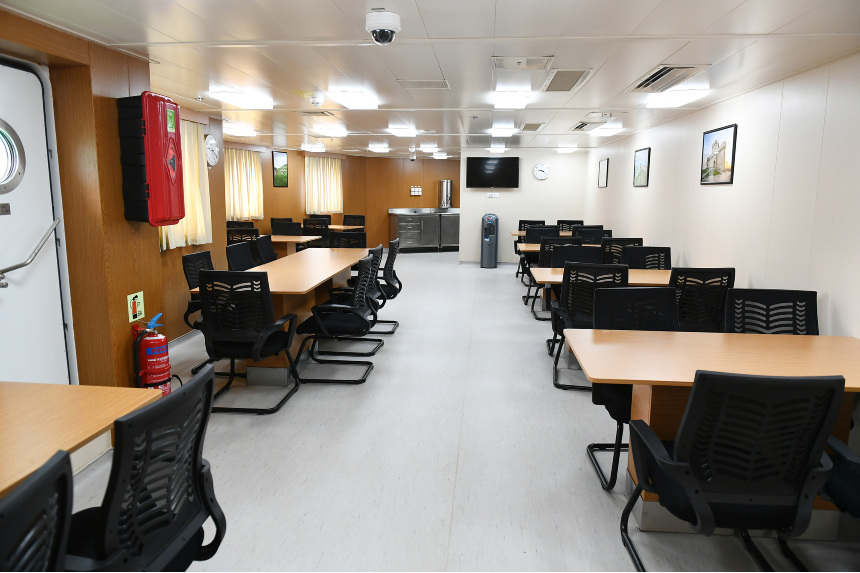 Onboard amenities for passengers include a duty-free shop, an internet cafe, a game saloon with bar, a 50-seat restaurant, and a smoking room. There are also fully equipped medical facilities including an onboard hospital, patients’ rooms, a physician’s office with outpatient clinic, and an isolation ward. 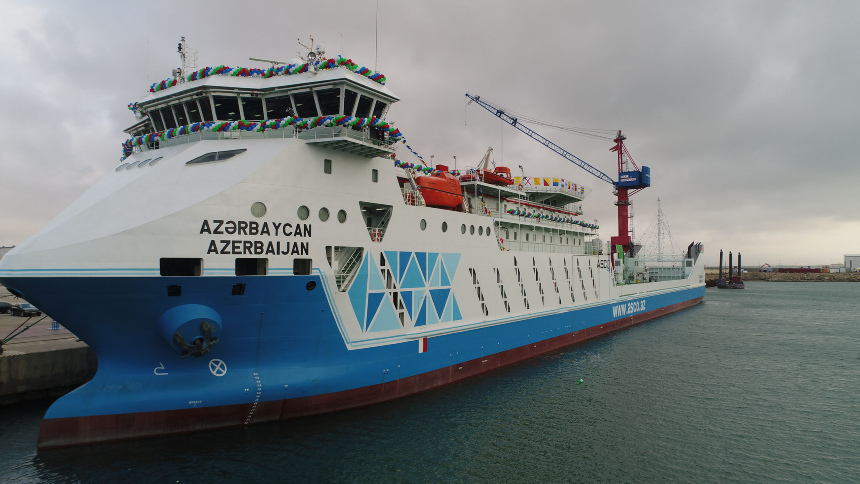 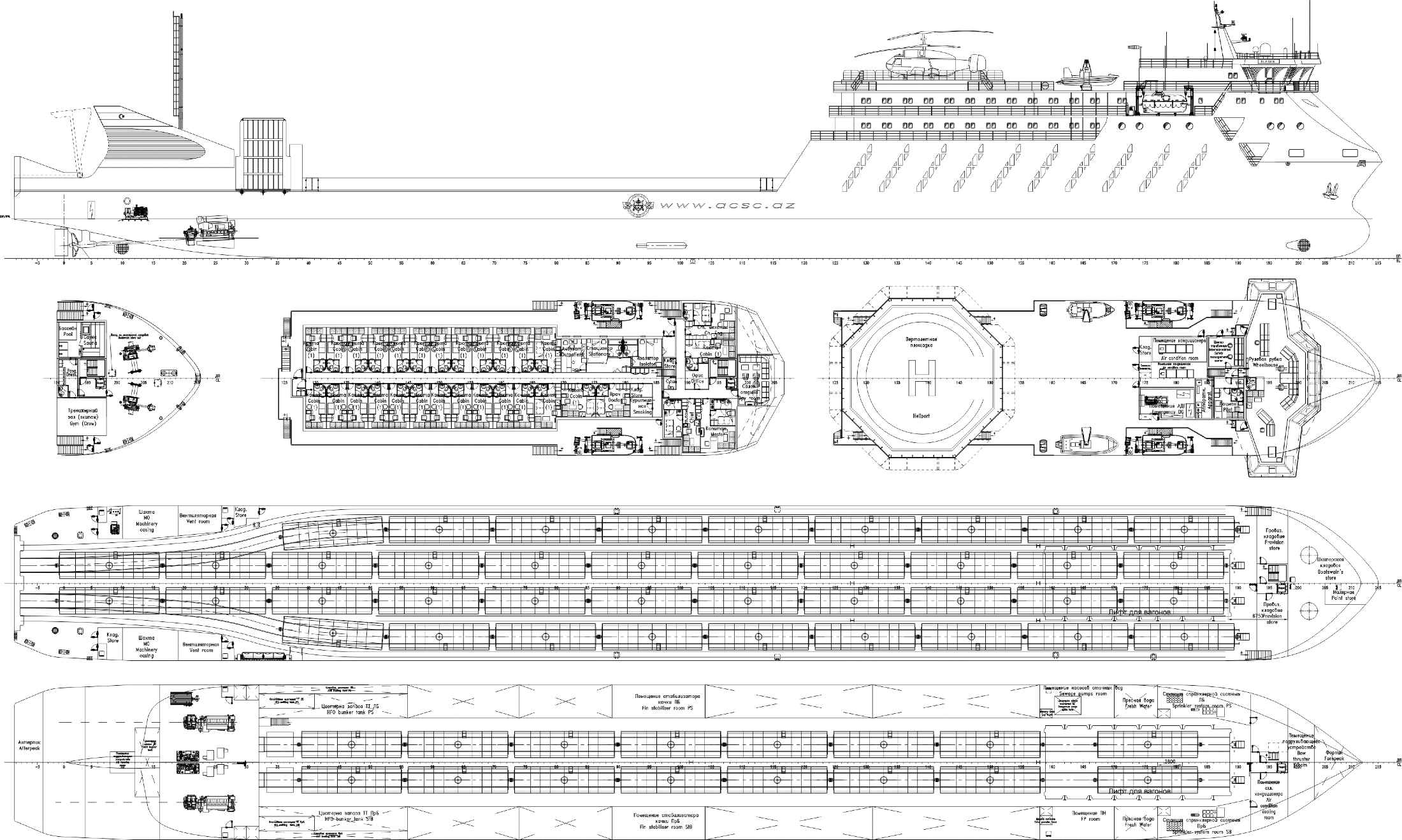